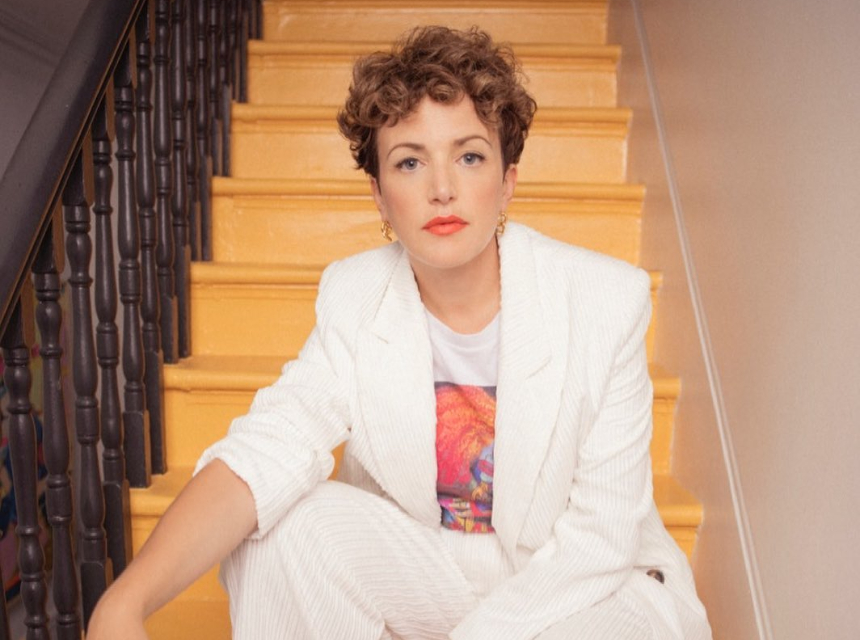 Annie Mac is a well-known Irish DJ / Broadcaster. She received the limelight as the host of her BBC Radio 1 show named The Mash-Up. Through her incredible talent of hosting and her ever-increasing DJing talent, she has managed to garner a healthy fan base.

She has been rocking the BBC Radio 1 stage since 2004 and has impressed a lot of people. Additionally, she is also a writer who recently published her first book, Mother Mother.

Now that we are somewhat familiar with the talented DJ, let’s dig deep into her profile and learn more about her biography, age, family, personal life, and more!

The multi-talented Irish broadcaster celebrates her birthday on the 18th of July every year. In the next 12 days, she will turn 43 years old.

Annie celebrated her 42nd birthday alongside her family members only during the lockdown period caused by the COVID-19 pandemic. A day after her birthday, July 19, 2020, she shared a picture to give a glimpse of her special day.

Annie Mac was born on 18 July 1978, in Dublin, Ireland. Her birth name is Annie MacManus. As for her education, she first attended Wesley College in Dublin and then enrolled at Queen's University Belfast, Northern Ireland, to study English literature.

Annie Mac spent most of her childhood days in the streets of Dublin, Ireland. She is one of the three children of her parents; Dave and Rosie MacManus.

She has a good relationship with both of her parents and usually shares pictures alongside them. Besides, her debut book titled ‘Mother Mother’ was even dedicated to her mother.

Apart from her parents, she has two siblings; a brother named Davey MacManus and a sister named Rachel MacManus. Much like herself, her brother is also into music and is a former lead singer/guitarist of two bands; The Crocketts and The Crimea.

The 42-year-old Annie Mac stands at an average height of 5 feet 5 inches (1.65 meters). However, her weight is yet to be disclosed.

As for her distinct features, she has a well-maintained body. Furthermore, her eye color is Blue and her hair color is dark brown.

Annie Has A Blissful Marital Life

The Changes with Annie Mac podcast host relishes a happy marital life with her long-time boyfriend turned husband, Thomas Mackenzie Bell, mainly known as Toddler T. He is a fellow DJ as well as a record producer and songwriter.

The now-married duo began dating around the early 2010s. After a brief period of dating, they decided to start a family of their own. In May 2013, they welcomed their first son, whose identity isn’t disclosed. As time passed, they continued to stay together and their bond became stronger and stronger.

On January 6, 2017, the duo welcomed another son into the world (name still not disclosed). However, as both of them value privacy very much, they haven’t disclosed their offspring’s details. In addition, whenever Annie shares pictures alongside her sons, she always covers their faces with some stickers or emojis.

But, the couple’s privacy was only for the outer world as they were relishing their time. Years after they began dating, Annie and Thomas finally decided to legalize their bond. On April 21, 2018, they went to the court with their sons and shared the wedding vows in a private ceremony.

However, it wasn’t their “main wedding” as they had it less than a month later, on May 12. On the same day, Annie shared a picture of her kissing her partner with “Did the damn thing” as the photo caption.

Ever since then, the married couple has always been together and nothing has changed between them. They are enjoying their marital as well as parental life to the fullest, as evident by Annie’s Instagram pictures.

You May Also Like: 'Legend' Annie Mac Leaving BBC Radio 1 after 17 Years of Service

The Dublin native was always interested in music and mainly in DJing. As time flew by, her skills developed even more. She eventually moved to the United Kingdom to pursue a career in the field.

In July 2004, she went to the Radio 1 office and managed to impress the bosses with her demo and determination to work hard and improve. On July 29 of that same year, her journey in Radio 1 officially began.

Two years later, in 2006, she did her first live mix musical show. As days passed, her popularity began to rise and she started to go on live tours and host different programs while avoiding controversies and strengthening her fan base.

On 15 February 2015, it was announced Annie had taken over Zane Lowe's Radio 1 evening show that airs Monday to Thursday every week from 19:00 to 21:00. Moreover, she also conducted interviews with numerous famous persons from the entertainment industry.

Over time, she started her own podcast called, Changes with Annie Mac, and authored a book titled Mother Mother. After 17 years of service at BBC Radio 1, on April 20, 2021, she announced that she will be leaving her position effective immediately after July 30, 2021.

Annie cited that the reason behind her decision is to spend more time with her two sons and husband.

Annie Mac has had a very flourishing career, either it is as a DJ or as a broadcaster, or as a host. She has been winning the hearts of people from around the world ever since she began working at BBC Radio 1.

In addition to building a healthy fan base and earning fame, she also has been garnering a healthy sum from her amazing career. So, how much is her net worth? Well, Annie Mac has an estimated net worth of $8 Million, as per Celebrity Net Worth.