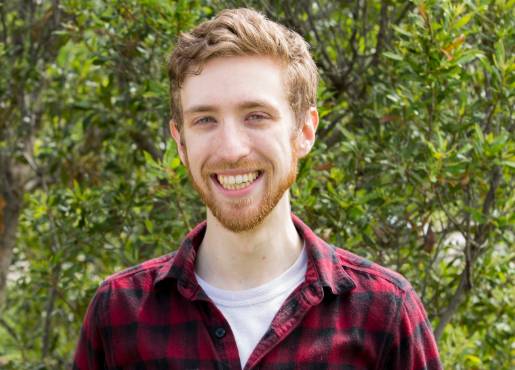 Justin Briner is a very talented artist who has earned the limelight due to his voice-acting skills. To this date, he has given his voice to the English version of the Japanese anime TV series characters.

His most notable work as a voice actor came when he lent his voice to Deku / Izuku Midoriya in the English version of the 2016 anime television series titled My Hero Academia. Other than that, he has also given his voice in series such as Rurouni Kenshin Part II: Kyoto Inferno (2014) and Cardcaptor Sakura: Clear Card Arc (2018).

Now that we have a little knowledge about Justin Briner, let’s dive deep and learn everything about him, including his early life, bio, age, personal life, and career details.

Born in 1991, Justin Briner celebrates his birthday on the 23rd of August every year. He hails from the suburbs of Baltimore, Maryland. Likewise, his birth name is Justin Patrick Briner. 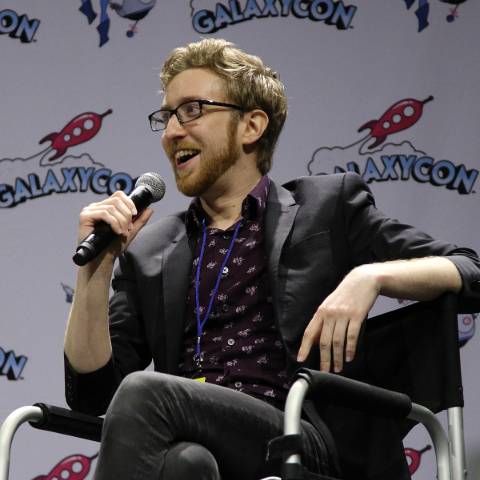 The American voice artist has not revealed much about his early life and family life. Nonetheless, it is known that he has a younger sister named Hayley Briner.

There is also little information on his academics. Justin initially studied theater at the University of North Texas before getting engaged in musical theater.

Some Quick Facts About Justin Briner

The 29-year-old voice actor likes to keep his personal life away from the eyes of the public and the media. He is also not the kind of guy who is very addicted to social media. The only social media platform he uses is Twitter.

On his Twitter handle too, he has only shared pictures of him going around different places and promoting his upcoming projects. As a result of his complete privacy and little social media presence, the details of him being engaged in a romantic relationship and having a wife plus kids is yet to be known.

The only thing that can be said is that either Justin is single for real or he is very secretive and doesn’t want to reveal much on his personal life matters.

The Baltimore, Maryland, native’s career began when he received an opportunity to lend his voice at just five years old. His first voice work was for the character Marcello of the TV series B'T X (1996). In the next year, he once again gave voice to the same character in B'T X Neo (1997). Following two voice acting roles, Justin took a very long break to focus more on his studies and improve his skills.

In 2010, he made his return as he gave voice to Kou Ichijou in the short movie The Persona 4 Comic Dub. Afterward, he continued to lend his voice to different anime characters. In the same year, he provided his voice to additional characters in the English version of the popular anime series One Piece. In 2011, he wrote as well as did the voice-over for the TV series titled Rio: Rainbow Gate.

Deku cheering up Eri is the wholesome Saturday content we live for! ðŸ¥° Thanks to @justinbriner for lending his voice! pic.twitter.com/chNKDGiI6g — VIZ (@VIZMedia) April 3, 2021

When he received such great limelight, the rising voice actor stated that it has been pretty funny and fascinating in a lot of ways. He continued by saying;

It's definitely made my voice more accessible – people know how I sound now. But it's also prompted people to cast me outside of that comfort zone more often, now that I've pretty firmly planted my feet in this role of the young, spunky hero. I've been getting cast as villains or antagonists of some sort... just generally not nice people. Which has been fun! It's cool to be able to stretch your wings in that way.

After His Rise To Fame

After Briner received fame, his career took off to a whole new level. In no matter of time, he was being approached to work as a voice artist in different anime series and movies. In 2016, he gave voice to other characters in anime TV series such as Puzzle & Dragons X, Trickster, Hip Whip Girl: Keijo!!!!!!, Space Patrol Luluco, Cheer Boys!!, Watashi ga Motete Dousunda, and others.

Likewise, in 2017, he lent his voice in Masamune-kun No Revenge, Hand Shakers, ACCA: 13-Territory Inspection Dept., All Out, Monster Hunter Stories: Ride On, Knight's & Magic, Classroom of the Elite, Osama Game, and Code: Realize - Guardian of Rebirth. As time passed, he became more experienced and his works became exceptional.

His contribution as a voice artist also didn’t stop there and he continuously gave his voice to different anime characters. In 2018 and 2019, he contributed to TV shows such as Darling in the Franxx, Lord of Vermilion: The Crimson King, Attack on Titan, Stars Align, and Kabukichou Sherlock.

His most recent works include Jibaku Shounen Hanako-kun, Black Clover, and Log Horizon.

Justin has not only given voice to anime characters but has also given to video game characters. In 2012, he gave his voice for the first time in a video game when he did the voice-over for Moska in Dust: An Elysian Tail. In the next year, he provided his voice to Yayan for the video game titled DreadOut. After two voice-overs for video games, peoples began to contact him for more.

He is currently preparing to give voice to Camphry Mageflower in the video game titled Folk Tale.

You May Also Like: Actress Profile - Sierra Aylina McClain Biography