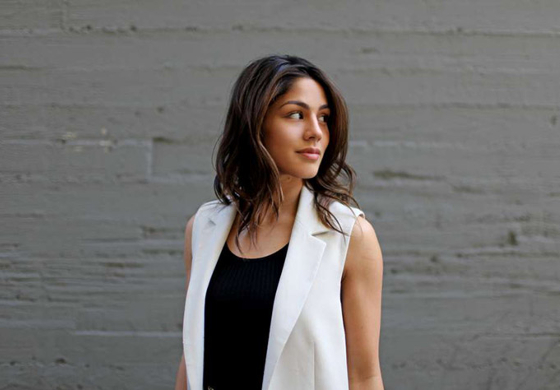 Megan Batoon is a perfect example of a multitalented person. She is a YouTuber, DIY designer, traveler, actress, dancer, and social media personality.

She initially gained the limelight after appearing in the 2016 TV series titled Making Moves. Since then, she has been on the top. She is currently garnering positive attention after her new Netflix show, The World's Most Amazing Vacation Rentals, which premiered on June 18, 2021.

In the TV series, Megan is accompanied by two more experts, Luis D Ortiz and Joanna Franco, as they visit vacation rentals around the globe and share their expert tips and tricks.

How Old Is Megan Batoon?

The American YouTuber celebrated her 30th birthday on March 29, 2021. She celebrated her special day by gardening, cutting a delicious cake, and doing other things.

On that same day, she shared some snaps through her Instagram handle and gave glimpses of how her 30th birthday went.

Born on March 29, 1991, she goes by the birth name of Megan Alicia Batoon. She hails from the suburbs of Jacksonville, Florida. Likewise, her zodiac sign is Aries.

The 30-year-old dancer is the daughter of Michele DePompeo. However, the actress is yet to disclose the details of her father. Apart from her parents, she has a sister named Nicole Batoon.

As she was born in Jacksonville, Florida, and currently resides in Los Angeles, New York City, she holds American nationality. She has a mixed ethnicity and is of half Filipino, part Irish, and part Polish descent.

Her bra size is 32B and she prefers a shoe size of 6.5 (U.S.). Her hair as well as eye color is dark brown. She has a slim body and likes to keep herself fit.

Megan Batoon has garnered a health fan following across different social media platforms, where she usually shares pictures and clips from her travel & vacations, day-to-day life, and more.

Furthermore, she is also available on TikTok as @thatsmeganbatoon, where she has gained more than 56 thousand followers.

Who Is Megan Batoon Dating?

The present relationship status of Megan Batoon is that she is dating someone. However, as YouTuber likes to keep the details of her romantic life away from the internet, she hasn't disclosed her partner's identity. In addition to that, she also hasn’t shared any pictures with her beau on her social media handles.

Going by that, it seems that she doesn't prefer to share much about her personal life. However, in a recent YouTube video of May 27, 2021, she mentioned that although she was single for a long time, she is currently in a relationship. She continued as she stated that her boyfriend has met almost all of her family members and now she was going to meet his mother the next day.

As the video continued, Megan was seen talking about different things and cleaning her house so that it looks good when her boyfriend's mother comes for dinner.

Before being in a relationship with an undisclosed man, Megan was previously dating a fellow YouTuber/Actor named Ian Eastwood. The two started dating in 2014 but decided to separate two years later, in 2016.

Despite not being together, they have maintained a friendly bond. Their friendliness was witnessed on December 19, 2020, when Megan shared an old clip of her dancing alongside Ian on the fifth anniversary of their dance mixtape, Adultlessons.

Two years after her split with Ian, Megan was rumored to be dating Andrew Siwicki, a cameraman/content creator. The speculations started after Shane Dawson, a YouTuber, shared a video where he set up Andrew, his cameraman, on a blind date with Megan.

Even though the video was all blushes and romantic, the blind date didn’t seem to work out quite well for Megan and Andrew to become a girlfriend-boyfriend duo. Due to that, it's doubtful that they ever dated.

After moving to California to try to achieve more, Megan first made a self-titled YouTube channel on December 14, 2010. Her first video on the channel was a choreography on the song named ‘Act out.’

Later on, she began to upload different types of content on her channel. But, the main content was dance routines. Slowly but eventually, her channel was starting to get noticed by peoples.

As time passed, the subscribers count increased, and with it, her content also began to diversify. She started to upload cooking, choreography, challenges, lifestyle, Q&As, vlogs, comedy, and beauty styling videos.

Due to her unique content creation, she currently boasts over 1.14 million subscribers and over 88 million views.

Megan’s journey in the entertainment industry started in 2012 when she appeared in Step Up 4: Miami Heat. In the following year, she made her appearance in a few series and videos, including Pen 15 Club, Anthony Ma Presents…, Date-A-Max, and She Has a Boyfriend.

However, she received the most limelight when she portrayed the role of Bridget in the 2016 TV series titled Making Moves. After that, she has only appeared in a number of acting gigs as she gets busy with other stuff.

Megan’s most recent work in the entertainment industry was in Netflix’s new show, The World's Most Amazing Vacation Rentals, which premiered on June 18, 2021.

She has received quite a response from the viewers, which has made her happier than ever.

A Transition Into Podcast World

In March 2018, Megan Batoon expanded her line of work by launching a podcast series titled ‘Just a Tip with Megan Batoon.’ In the podcast, the actress talks about different topics such as therapy, self-discovery, creativity, and the process of growing up.

In the biweekly podcast, Megan, sometimes, also invites guests such as her friends or some content creators. Just like her other works, Megan’s podcast was also loved and applauded by her followers.

Currently, there is a total of 132 episodes of the podcast. ‘Just a Tip with Megan Batoon’ is available to stream on Spotify, Apple Podcasts, Google Podcasts, and Stitcher.

You May Also Like:  Television Actress - Bella Podaras Biography

Megan Batoon’s primary source of income is her YouTube channel and acting gigs. Through those two, she has managed to earn a hefty fortune.

In addition to that, she is also earning a healthy sum from her sponsorship deals and sales of merchandise. Considering all of that, she must have accumulated good net worth.

Well, as per sources, Megan Batoon has managed to gain a net worth of around $2 Million.