The Collection Of Best 20 Viral TikTok Songs Of 2021 So Far- From Erica Bank's Buss It To Lady Gaga's Love Game. 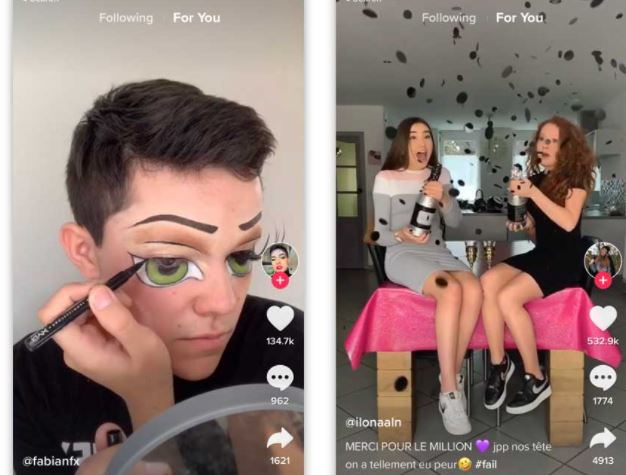 Since the end of 2019, we scroll the TikTok to know what song is in trend. Well, if you are new then, I will clarify to you what TikTok is? It is a Chinese mobile app via which the user can create videos as per their music preference. Since its launch, people have been addicted to its popularity and feature.

Similarly, TikTok has been a source of new songs and challenges every day. We can find every new dance moves, challenge acts, and playlist in only one medium, i.e., TikTok. It has a substitute for the old means. As of early 2021, TikTok has been downloaded 2.6 billion times in the whole world.

So, think how many times those billion people have danced in a single song until now? Have I told you that people follow the dance steps on the beat of specific songs? And those music becomes hit in comparison to the original one.

Savage Love! Did Somebody Did Somebody Break Your Heart? Yes, you are right; this song was one of the most executed ones in TikTok. The dance steps had everyone hooked up onto the original video as well. Also, Drake’s Tossie Slide, which has a catching line, “I'ma show you how to get it, It go, right foot up to left foot slide Left foot up, right foot slide,” gave dancing vibes to every TikTokers.

Buss It By Erica Banks- The Most Viral TikTok Song

People started the Buss It challenge by challenging their friends to show the best make-up look possible. And now, it has been a kind of anthem for creating a glam-up look.

To date, 5.5 million videos have been made.

The savage Queen, Cardi B, always creates a masterpiece song, which many people can vibe on. Now from the top, make it drop. That's some wet-ass pussy… of Cardi’s WAP has everyone split their leg and jump since 2020 in the TikTok.

Almost 4.6 million people have made their TikTok videos to the WAP challenge.

The moment you search with #heartbreakanniversay on TikTok, then the people showing their slow-motion and breakdance will pop out on the screen.

Giveon’s Just like the day that I met you..the day I thought forever… is used by many dancers on TikTok to execute their moves. As of now, 2.5 million videos have been made on TikTok. Isn’t it amazing?

Back in 2018, Aya came up with her single, Copines. However, the song got recognition, and a good response in early 2021 as one of the TikTok videos went viral.

Montero (Call Me By Your Name) By Lil Nas X

The moment Lil launched his track, Montero, TikTok users began grooving to the song. People uploaded the video by lipsyncing on, “ Call me when you want, call me when you need...Call me in the morning, I’ll be on the way…” to Lil’s Montero.

As of May 2021, 1.7 million have made a TikTok for the song. Also, this song is mainly used as a transition song.

The “Boy, I'm tryna meet your mama on a Sunday. Then make a lotta love on a Monday (ah-ah)” of Ariana’s Positions has another level of craziness in FYP.

People don’t seem to be over with the songs, whether it’s a tutorial video or a romantic video. As a result,1.7 million videos have been created by the TikTokers.

In 2021, TikTok is becoming overflowed with Britney’s Gimme More. Though the song was released more than a decade ago, people are still twerking on the music.

The catchy line, “ Gimme, gimme (more)...” is used by TikTokers to show their flexible waist. Almost 1.5 million TikTok users have danced to the song.

I got my peaches out in Georgia (Oh, yeah, shit); this line is enough to make one stand and dance until the heart comes out.

As per Spotify, it is the most trending song in TikTok as of now. And it has been reported that about 1.2 million have danced to the beat so far.

Then Leave By Beat King

Not to be surprised, Beat King’s Then Leave is still trending in TikTok. Back in 2020, TikTokers came up with a dance routine, but now they have used the song for a new challenge. In 2021, the users accept the new challenge by repeating the sequence on the screen with their fingers to the beat of Then Leave.

So far, 1.1 million people have made TikTok on Beat’s Then Leave.

Good 4 U By Olivia Rodrigo

Olivia has been the sensation nowadays. The Queen of creating heartbreak songs has even taken over TikTok. “Well, good for you, you look happy and healthy,” this has been the national anthem for a broken hearts.

And it is all thanks to Olivia Rodrigo for creating such an excellent music-making 683.7k TikTokers to create content on FYP.

Castaways By The Backyardigans

The Backyardigans tasted their Castaways success once again when all renowned video creators created a video. And it became a trend. Can you believe that almost 509.9k people have chosen this song to make a TikTok video? And the astounding fact is that the Castaways was initially released back in 2005.

Plus, The Backyardigans ranked #1 on the US Spotify Viral Chart in May 2021.

This song has been the first pick of every video creators in 2021. In many videos, we have seen people displaying their makeup or tattoos by including the track on their TikTok video.

Also, some use it to come out of the closet. To date, 530.5k videos have been uploaded on TikTok on Venom.

“If you wanna run away with me, I know a galaxy,” this starting line attracts many people in a second only. So, why wouldn’t a video creator use the song and upload it on FYP?

Since mid-2020, Megan’s Savage Remix has been trending everywhere. We are not sure how long the trend will occur as it has been one of the top songs in 2021.

Indeed, the song which has lyrics like, I'm a savage (yeah) Classy, bougie, ratchet (yeah) Sassy, moody, nasty (hey, hey, yeah), can never go out of the list for a long time. Also, on this song, 523.3k people have made a music video on TikTok.

Yung’s “You Talking about Tracy? Tracy with the ass?” has been popular in TikTok.

And, 349.7k people have rolled their bodies so far.

I Am By Yung Baby Tate Feat Flo Milli

As everyone is struggling in the pandemic COVID-19, this song has been made the means to spread positivity worldwide. All TikTokers have spread the positive vibes with lyrics, “ I am healthy, I am wealthy, I am rich.”

And about 339.1k videos have been made to manifest the good vibes to Yung’s I Am.

The queen of TikTok music, Doja, has created many rap songs. The Streets is different than others as it is a piece of slow and seductive music.

Along with the inverted filter, Olivia’s first single, Deja Vu, has become the trend all over TikTok, with 97.9k videos being created so far. This song gave the next name to the camera flip challenge.

So, if you have gone through any of the videos with Deja Vu, you might have noticed people showing how symmetrical and asymmetrical their faces are by inverting the camera.

Whenever the song releases, every Tiktokers look after the catchy line nowadays. And “Workout in that pussy (ayy) I'm gettin' ripped tonight,” this is what almost all video creators make their music video on.

You May Also Like: Meet Mia Thornton, The Newcomer in 'RHOP' Season 6 — Know Her Age, Career And Marriage Details

When you scroll down the FYP, you will find the people shaking their bodies in Love Game. Also, the filter called Versailles Run has topped the chart as TikTokers are using it that suits up with the lyrics, “I wanna take a ride on your disco stick.”

About 322 videos have been created on the song so far.