Cam Anthony Could Be A Superstar And Journey Of The Voice 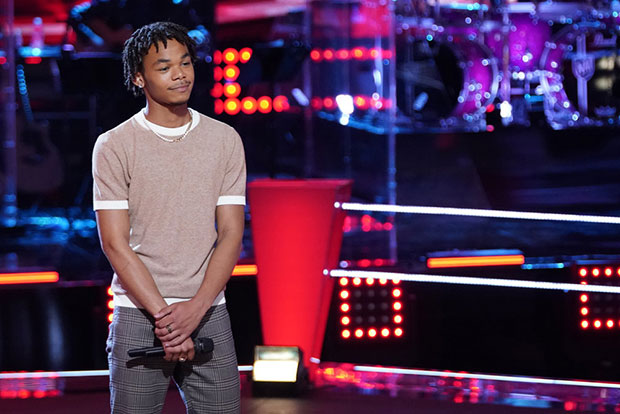 Cam Anthony, did this name remind you of any historical moment in your musical journey? Yes, he is the same young boy who had covered famous songs like Its So Hard To Say Goodbye, When I Was Your Man, All Of Me, and Stay several years ago.

Since then, Anthony began getting highlights for his cover songs via his YouTube channel. He even made a presence at the famous reality show called The Ellen De Generes Show in 2015. Also, he has left an outstanding remark on his singing career by performing at the White House for the Annual Easter Egg Roll during the regime of then-president Barack Obama.

Cam has come a long way from performing at the church choir to taking all over YouTube at a young age. And, now, the 19 years old boy has taken all over the internet and media channels for his melodious voice in The Voice Season 20.

Cam Anthony Journey In The Voice Season 20: Audition To Semi-Finale

By singing the famous singer Sma Smith's Lay Me Down By, Anthony turned every chair in the auditioned round. Since then, Cam has been in the spotlight in the show.

After being selected in the audition round, Cam competed for the battle round by giving a voice to Justin Bieber feat Dan and Shay's 10,000 hours. His judge and mentor, Blake Shelton, choose which ultimately led him to the knockout round. As usual, Anthony astonished every judge by singing Michael Buble's Feeling Good and passed for the playoffs.

During the playoff round, Cam sang Take Me to Church, which made him even famous. Everyone along Blake praised him for his historic performance. Even Shelton said that Anthony could be the first superstar and winner from his team. The original comment goes by,

“You have delivered every time you stand on this stage. “I’ve never had more people asking me about an artist on my team, in 20 seasons of doing this show. You could be the first superstar that we launch off this show.”

Most probably, Cam might lift The Voice Season 20's trophy as he has given the best performance constantly so far. So, we wish him all the best for his final round.

Cam was born in 2001 in Philadelphia, Pennsylvania. And he blows the birthday candle every 19th of August. Anthony is approaching 20 years within few months as of writing the article.

As Cam's birth month is August, his zodiac sign is Leo.

Explore This: Corey Ward's Amazing Journey In 'The Voice' Season 20 Comes To An End

Who Are Cam Anthony's Parents?

Anthony is a son to his father, Lamar Anthony, and a mother named Melissa Anthony. By looking at Melissa's Instagram posts, we can say that she likes to keep her body fit. In other words, Cam's birth mother is a fitness enthusiast.

In contrast, not much is known about Lamar. However, both of Cam's parents have been supportive pillars since he was young.

Besides, Cam also shares a close relationship with his five siblings; three sisters named Corde', Delanna, Denise, and two brothers. One of the brothers' names is Desiree, whereas another's name is unidentified.

Some Quick Facts About Cam Anthony:

Anthony possesses a muscular body structure. He has a measuring height of 5 feet and 8 inches (173cm). And his listed weight is 58 kg (127lbs).