David Walliams Jokes on Simon Cowell's Height, Says He Once Mistook Him As Star War's Jawa 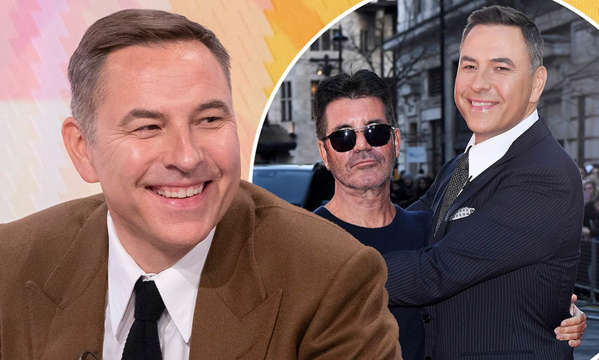 If you are missing the banter of love, hate, and sledging between the two Britain’s Got Talent judges, David Walliams and Simon Cowell, then worry not and just tune into the latest episode of Lorraine featuring David Walliams.

The 49-year-old British comedian was invited to the show on the occasion of the 10th anniversary of one of his best-selling children’s books Gangsta Granny. While on the show, he and the host Lorraine Kelly talked about many things.

However, the most memorable one came when David revealed one secret of his BGT co-judge Simon Cowell. When the host showed Walliams a picture of him standing alongside Cowell, the comedian recalled that he always forgets how tall he is until he stands next to Cowell.

I always forget how big I am until I stand next to him [Simon].

Then, Kelly told David that even though he has a fair height, he is not that much tall too. Right after that moment, the Wimbledon, London, native began giggling as he told “I shouldn't really tell this story.” David Walliams wondering whether to tell it not tell Simon Cowell's secret in Lorraine (Source: Youtube)

After some convincing from Kelly and wondering if he should tell the story or not, the author finally decided to tell it, no matter what consequence he would face from his beloved friend and co-judge, Simon.

David went on to say, “One time we were flying back from Glasgow or something and he chartered a private jet to fly us back from the auditions.” He also told that Simon always wears a boot with a heel and then wears his jeans. His statement continued as he told;

Out of the corner of my eye, I saw a very small figure as we were going through security, I thought: 'Who's that?!'

When he asked that, the security personnel told him that it was Simon and he had to take his shoes off to go through the security checking. David and Kelly burst into chuckles as he stated that Simon was looking like a Jawa from the Star Wars franchise—whose height is like three feet.

The laughter kept going on as the host Kelly told David that he will be in a lot of trouble for revealing this secret. In reply to that, the comedian said that he knows that but he also knows that the 61-year-old BGT co-judge doesn’t wake up until three in the afternoon and that he has never watched this show.

I know… But the good thing is he doesn't get up until three in the afternoon. So he's never watched the show - he has no idea who you are!

However, the joke doesn’t stop there. When the host commented on his young looks, David jokingly said, “I haven’t had any work done, Simon Cowell says that to me every year "what have you had done?" I say "no Simon it's you, not me!”

Fans of the popular talent show, Britain's Got Talent, were badly missing these banters/pokings between David and Simon ever since the show was canceled due to the coronavirus pandemic. The talent show was initially postponed due to COVID-19, but it was recently announced that the show will not return to television screens until 2022.

You May Also Like: Serena Kerrigan Caught Her Boyfriend Cheating, Exposes Him in Viral TikTok Clip

Although Simon, Thames, and the broadcasting channel itself requested to not postpone the show, the bosses rejected the plea. The safety of all the staff, judges, contestants, and audience was cited as the main reason behind the postponement of the show. “Safety has to come first and, as a result, the recording of the show can't currently go ahead as planned,” was said in an official statement.