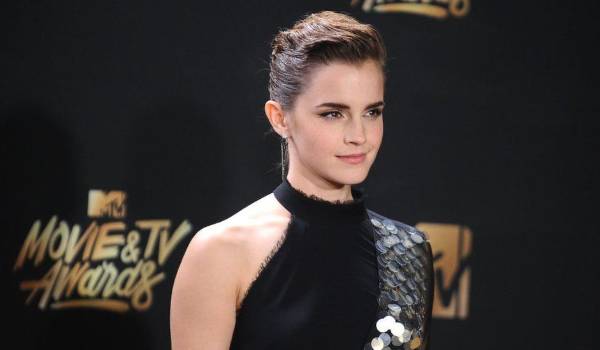 The world-renowned Harry Potter star Emma Watson is back on the social media site Twitter after almost 10 months of social media break. The actress’s last tweet dates back to August 27, 2020.

But, her return to Twitter isn’t for small talks as she came back to make a statement and address topics concerning her personal and professional life that has been circulating around the internet for a while.

Emma took to her Twitter handle on Tuesday, May 18, 2021, to officially end the gossips that she had engaged with boyfriend Leo Robinton. She first addressed her fans writing “Dear Fans,” and then went on to write that the rumors about her possible engagement and her ‘dormant’ career are just ways to create clicks either it’s true or untrue.

Dear Fans,
Rumours about whether I’m engaged or not, or whether my career is “dormant or not” are ways to create clicks each time they are revealed to be true or untrue. — Emma Watson (@EmmaWatson) May 17, 2021

In addition to that, the 31-year-old actress tweeted once again and promised that she will let her fans know if she has any news. “If I have news - I promise I’ll share it with you,” Emma wrote.

The Brown University graduate seemed to be addressing an article originally published by The Daily Mail in early 2021. In that article, it was said that the English actress was taking some steps back from the entertainment industry in order to settle down with her beau, Leo Robinton.

The news outlet said, “Emma Watson has gone 'dormant' according to her agent. That appears to be movie-speak for she's 'given up acting.'” After the news was published, Emma’s manager at Untitled Entertainment, Jason Weinberg, immediately denied the talks.

In addition to that, while talking to Entertainment Weekly, he said, “Emma's social media accounts are dormant but her career isn't.” Despite the denial statement from the actress’s manager, rumors began spreading stating that Emma has gotten engaged with her boyfriend and her acting career is now ‘dormant.’

However, now that Emma, herself, has directly addressed the topic and claimed it as “false,” it is vividly clear that she and her partner are yet to get engaged and her acting career is just fine.

But, that’s not it, as the Beauty and the Beast star actress didn’t only address the speculations concerning her personal and professional life. Watson also took the moment to share how she is spending her days during the pandemic days, just like everyone else is spending.

In the third tweet of that day, she requested everyone to assume that if there is no news about her, then it just means that she is spending the pandemic days just like everyone else, which is failing to make sourdough bread, caring for her loved ones, and doing her best not to spread a virus that is still affecting so thousands.

In the mean time please assume no news from me just means I’m quietly spending the pandemic the way most people are - failing to make sourdough bread (!), caring for my loved ones and doing my best not to spread a virus that is still affecting so many people. — Emma Watson (@EmmaWatson) May 17, 2021

Just some moments later, another tweet emerged in which she sent her well wishes to all of her fans. “I am sending so much love to you, hoping you’re ok and as well and happy as you can be in these strange times. And again, thank you to everyone working so hard to keep us safe and well. E. Xx,” Watson wrote.

I am sending so much love to you, hoping you’re ok and as well and happy as you can be in these strange times. And again, thank you to everyone working so hard to keep us safe and well.
E
Xx — Emma Watson (@EmmaWatson) May 17, 2021

You May Also Like: Who Is American Idol Grace Kinstler? Sneak Peek On Her Personal Life

After the fourth and the last tweet, Emma’s Twitter account, which is followed by more than 29 million people, went back as it was before the series of tweets emerged. Nonetheless, the series of tweets addressed all of the talks going around about Emma Waston, giving her fans a sigh of relief that her favorite actress hasn’t bid farewell to acting.