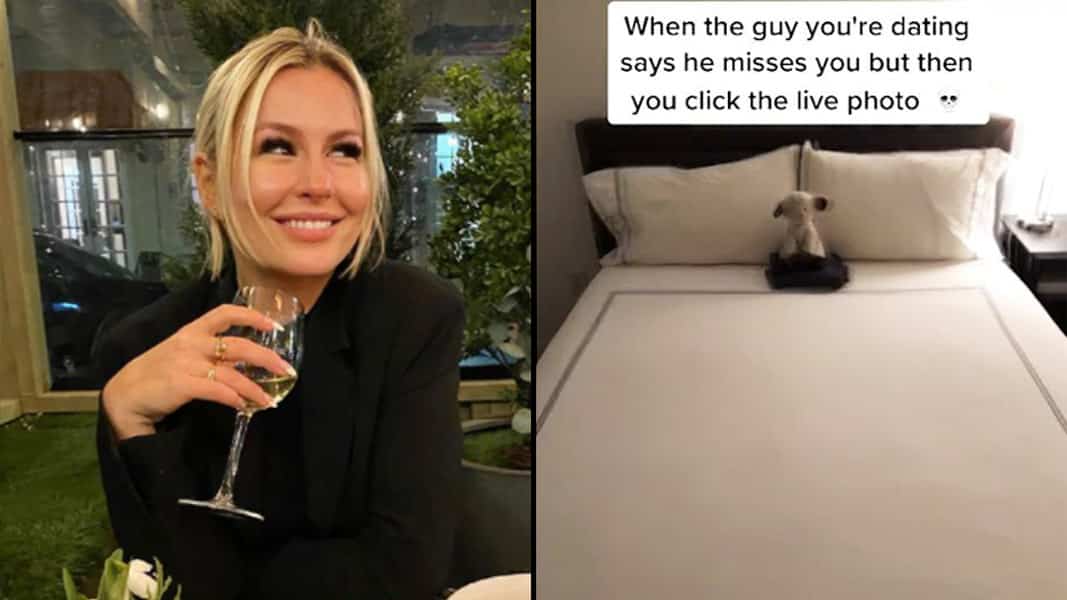 Popular video-sharing app TikTok has become one of the few platforms where people/things get viral in no time. The main element that helps people/things to get viral is some kind of unexpected revelation, just like catching someone cheating.

The same thing happened when well-known internet personality Serena Kerrigan took to her TikTok account to share a video that made everyone think of the iPhone’s “live-photo” feature. As per Kerrigan, the video shows the moment she caught her boyfriend cheating on her.

The TikTok video was posted on Sunday, May 9, 2021, and it blew up in no matter of time. As of this writing, the video has already accumulated 11.9 million views, 2.3 million likes, 17.1 thousand comments, and 42.2 thousand shares.

With the “Oh No” song by Kreepa set as the background song, Serena added an on-screen caption that read “When the guy you're dating says he misses you but then you click the live photo.” The on-screen caption was accompanied by a skull emoji. The video was further captioned "Looks like you have some company" with the eyes emoji attached. 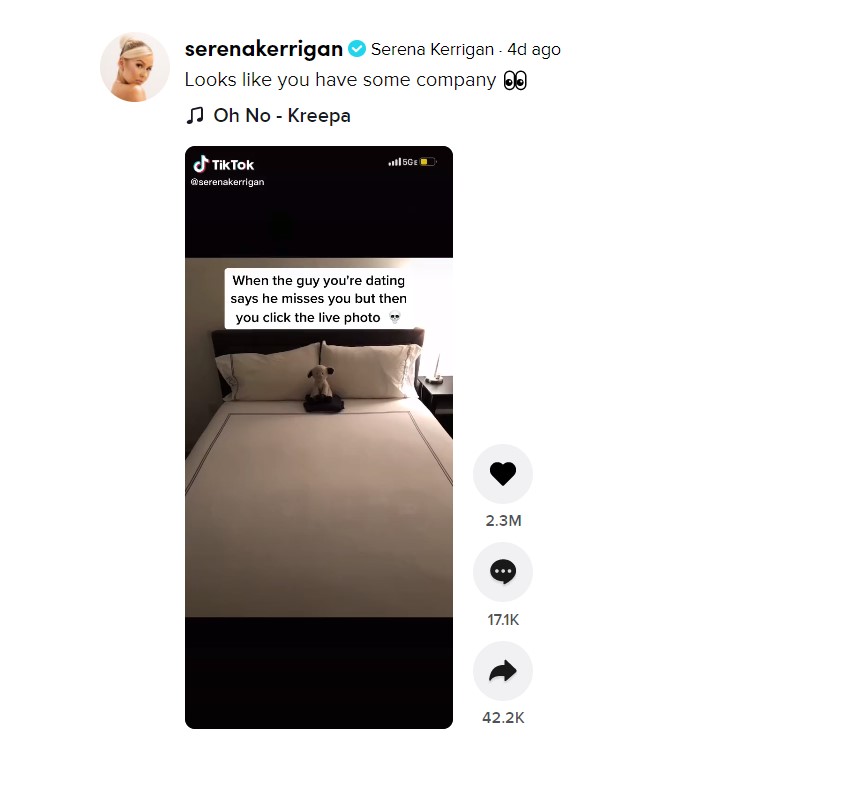 As learned on the internet, “live-photo” is the kind of feature found on Apple iOS that captures moments before and after an image is captured, creating a short clip that a user can play by holding their finger on the mobile screen while reviewing the image.

The same incident happened with Serena Kerrigan when a man whom she was dating sent her a picture saying that he misses her. However, little did the man knew about the “live-photo” feature and that he was going to be exposed.

As seen on the TikTok video shared by Kerrigan, she initially only saw a bed in which a stuffed animal was laying in front of pillows. But, as soon as she looked into the “live-photo” version, she saw a girl falling onto the bed.

After the New York City native posted the video on TikTok, those who watched it were shocked. Likewise, many of the viewers took to the comment section to give their own views. One TikTok user was so amused by the “live-photo” feature that he wrote, “Always âœï¸ click âœï¸ the âœï¸ live âœï¸ photo ðŸ˜³.”

Another user added, “My jaw dropped faster than she did.” Moreover, a user who already knew about that feature dropped another tip as they wrote, “If you save their live photo you can also check your camera roll for the date, time & place it was taken. Go off ladies.”

Following Kerrigan’s shocking TikTok video, many news outlets contacted her for a comment. However, she is yet to say anything about it. In addition to that, she also has not followed up on the topic on her social media handles.

Who Is Serena Kerrigan?

The show is titled Let’s F**king Date and as the title said, it mainly focused on Kerrigan going on a blind date with an unknown man for 30 minutes on Instagram live. The idea of making an Instagram reality show came during the initial phase of the lockdown caused by the COVID-19 pandemic, just some weeks after she left her job to pursue something new.

After consulting with her fans through an Instagram live session, Kerrigan decided to give the idea a chance. Fortunately, the show attracted a lot of viewers which helped to increase her popularity. Soon, she began to receive sponsorship deals from different big brands.

You May Also Like: Brian & Mika Kleinschmidt Return As HGTV Renews '100 Day Dream Home' For A Third Season

As of now, she is all set to enjoy the reviews she will be receiving for her appearance in the fourth season of the MTV reality show Siesta Key, which is set to premiere today.