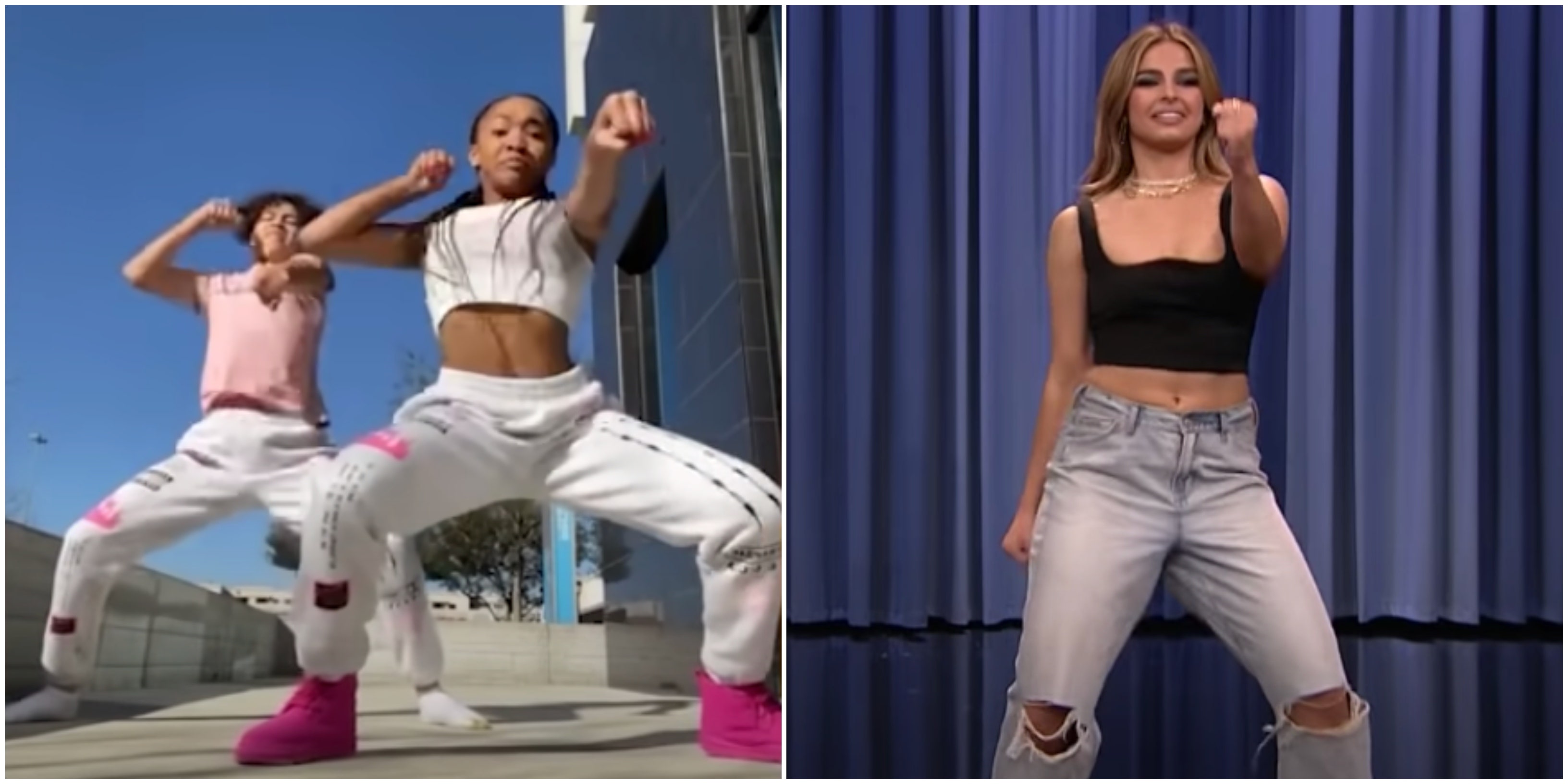 Famous TikToker plus the co-creator of the viral TikTok video challenge “Up,” Mya Johnson and American singer/dancer Addison Rae were part of quite a few news headlines in the last few days. Moreover, the two talented personalities even shared some punchlines after Rae’s appearance in ‘The Tonight Show Starring Jimmy Fallon.’

Due to that, Rae faced backlash, and Johnson even commented on the controversy. The heated controversy initiated after the singer appeared on ‘The Tonight Show Starring Jimmy Fallon’ and taught the host, Jimmy Fallon, eight popular TikTok dances.

Among those eight TikToks, one was the viral “Up” TikTok dance, co-created by Mya Johnson and her friend, Chris Cotter. After the show went on the television screens across the world, many people watched it, including Johnson.

Initially, Johnson got super happy to see her choreographed dance on the television screens and thought that was crazy, in a good way, of course. But, as she began thinking, she realized that she and the co-creator, Cotter, could have been in the show to perform it instead of Rae.

During an exclusive interview with Popsugar, she shared that at first, she was excited to see her Tiktok reach upto a much higher level but, later, got sadden by the fact that she wasn’t invited to perform her own creation on the show.

In addition to that, she stated that this wasn’t the first time this type of incident has happened, and she doesn’t want this tradition to continue. Afterward, she said that she feels it is essential for independent creators like her to get their credit as they create such good content and are always overlooked.

This isn't the first time this has happened and I don't want it to continue. I feel like it is very important for us to get our credit because we are very good creators that are very overlooked in what we do.

Likewise, during a conversation with TMZ, on April 2, 2021, Johnson said that this topic is not creating a buff between her and Addison Rae; both of them are still teenagers, and she is always open to collaborating with Rae.

Just to clear the air, it’s not putting us against each other. I would still be open to [collaborating] ... we’re still teenagers.

Following such statements from Johnson, Rae spoke up about the controversy and stated that she supports all of the talented individual creators and they have earned the credit for their exceptional and trendy content creation.

They deserve all the credit because they came up with these amazing trends.

Not only Rae, but also, the host of The Tonight Show, Jimmy Fallon, corrected his mistake and virtually invited Johnson and Cotter to his show, where the co-creators performed their iconic “Up” TikTok video.

Also Explore: Willie and Korie Robertson's At Home with the Robertsons | Everything You Need To Learn About The Facebook Watch Series

Mya Johnson is a talented content creator who has been able to amass huge limelight due to her amazing dance and choreography skills that can be witnessed in TikTok, YouTube, and Instagram, respectively. She creates most of her content alongside her friend Chris Cotter.

With such an amazing talent, Johnson has successfully garnered over 939k followers on Instagram, over 110K subscribers on YouTube, and over 618K Followers on TikTok.