The Voice's Finalist Victor Solomon Can Lift The Winner Trophy

By Soni Pahadi
Published:  May 25, 2021
Every year, the globally recognized American singing platform, The Voice, gives birth to many young artists. In the same way, The Voice Season 20 has provided the stage for one of the talented contestants and finalists, Victor Solomon.
Instagram Post (@_victorsolo)

Victor Solomon, the Voice's famous contestant, reached the finale round by stunning the judges with every single performance since the blind audition. Now, he is battling for the trophy along with the other four contestants. From singing at the church choir to being the judge, John Legend's favorite, Solomon has risen all over the media channels.

Well, Victor amazed the judge on the first day at the Voice's stage. He covered John Legend's Glory in the blind round and received the first standing ovation from every judge during the first audition. Also, three judges (mentor), Nick Jonas, Blake Shelton, and John Legend himself, wanted to include Victor in his team.

But, Victor chose Legend as a mentor; it was as expected, by the way. Solomon has always been John’s fan, and we are sure by the selection of his songs as well. From the first round to the final, the Voice’s finalist has sung many hit songs.

Though the audience and judges were already convinced by his singing skill in the blind audition, they became sure of his future journey as he has covered many genres starting from The Voice itself.

The Voice has one policy where they implement different rules for the contestants to make it to the season finale. For season 20, the mentors, Blake Shelton, Nick Jonas, Kelly Clarkson, and John Legend, instructed their finalists to perform the songs that suit the theme, Special Dedication. Also, on the first night of the finale, the contestant was tasked to execute one uptempo song.

So, Solomon selected Bonnie Raitt’s I Can’t Make You Love Me as a special dedication. It is a country song and is regarded as one of the most beautiful songs by Bonnie Raitt. Also, in 1991, the song was charted on #6 on the Billboard Adult Contemporary.

After listening to this song’s dedication, many audiences have started rooting for him from all over social media, including YouTube. And his video has received thousands of comments wishing him the best for the finale night. One said,

While the other said,

I want him to win this show so bad ðŸ’¯ðŸŽµðŸŽ¤

Plus, Victor’s comfort genre is Pop and R&B, but he sang Raitt’s music with no complications. This factor made him more praise-worthy. We wish him the best and nothing more for the finale.

The Temptation Gave A Shout Out To Victor Solomon

Victor, who is from team John in the Voice, has attracted numerous prominent musical artists. Among them, the Detroit-based pop group, The Temptation was moved by his soul-writhing voice.

The band came across Solomon’s voice when they heard him cover My Girl in the Voice’s stage. After that, the Temptations took the gram to praise and congratulate Victor by saying,

Wow! Loved Victor Solomon’s spin on "My Girl” on @TheVoice.

In response, Victor commented in the post with, “Woww!! Thank You so much.”

Victor was born in Peoria, Illinois. As of writing, he is 22 years old. And Solomon celebrates his birthday on 25th September 1999. His birth sign is Libra.

Currently residing in Greensboro, North Carolina, Victor is a son to his mother, Barabar, and an unnamed father. He was raised solely by his birth mother. Solomon, who is a child of a single parent, early childhood was not an easy one. 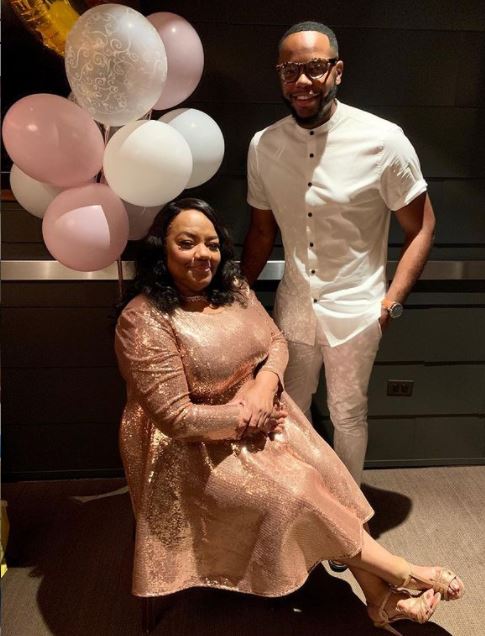 Solomon had not forgotten the days when he and other family members had to live a life without water and electricity. So, this must be one of many factors that have pushed him to work hard.

Besides, Victor has three siblings with whom he spent childhood.

The Voice's finalist, the Victor, has killed many hearts with his looks besides the melodious voice. He is decently tall. His listed height is 5 feet and 10 inches (177.8 cm).

Victor describes himself as an American citizen, so his nationality is American. And he belongs to African-American ethnic groups.

As Victor has impressed many people with his soothing voice, he has been viral all over the places. His fans have shown curiosity in his love life.

So, I have come up with Solomon’s romantic life in detail. He is dating a beautiful lady named Ciarra Noelle. She is the owner of a haircare brand called The Noelle Hair Collection. Noelle’s origin country is Atlanta, and she is 22 years old, per Reality Tit-Bit.

In expressing love for his beau, Ciarra, Victor never hesitates. Often, he shares the post, which includes Noelle on the Instagram handle.

Plus, Solomon said that Ciarra is the one for him on one of his gram posts.

Since childhood, Victor was interested in music. NBC reports that he indulged himself in the musical journey at the age of six. During the time, Victor was a Peoria High Preparatory School student, where he knew his music skills.

Also, the rising star became confident about his talent when he won the talent show in eighth grade by singing John Legend's Ordinary People. So, we can say that he has been the Legend's biggest fan for a very long.

Moreover, Victor sings at the church in recent days as well. Not only this but, Solomon still participates in the school’s gospel choir as the singer. Way before getting attention in the Voice, he was admired by many people in his early days as well.

After giving his time in the choirs, Victor made the first on-screen appearance for The Voice Season 20. And by looking at his talent and popularity, we are sure that Solomon will be Hollywood’s promising singer in the upcoming days.

Next Voice's Contestant: Cam Anthony Could Be A Superstar And Journey Of The Voice

Victor has such a mesmerizing voice that can touch anyone's soul. Without a doubt, he will get many opportunities to showcase his talent shortly. As a result, Solomon will earn good money.

Also, if he wins The Voice Season 20's title, he is bound to take about $100,000 with him. In terms of his net worth as of now, several sources have reported that the Voice's contestant has about $200k.

Further, Victor has a chance to add more fortune to his name.