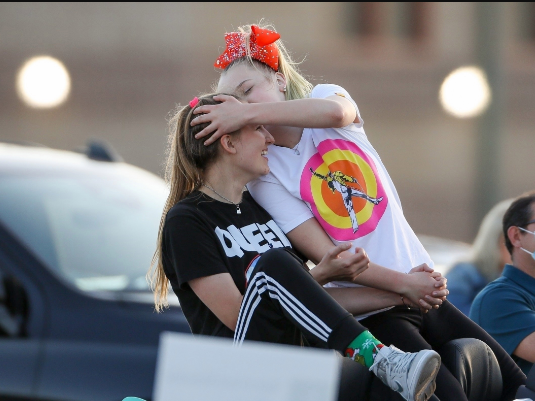 The two spent a romantic day together (Source: thesun.ie)

American dancer Joelle Joanie Siwa, famously known as JoJo Siwa, is just like everyone who gets emotional in some situations. However, that doesn’t usually happen, due to which her most recent emotional breakdown shocked most of her fans.

On April 26, 2021, she worried everyone when she shared a tearful selfie through her Instagram story. But, what shocked everyone was the sentence that she has written in the picture. The sentence reads as "I. Don't. Like. Saying. Goodbye."

After sharing that picture, her fans got worried and began to wonder what had happened to the 17-year-old American dancer that made her cry like that. Soon, Siwa decided to address the reason behind the picture through her Instagram that has over 10.8 million followers. 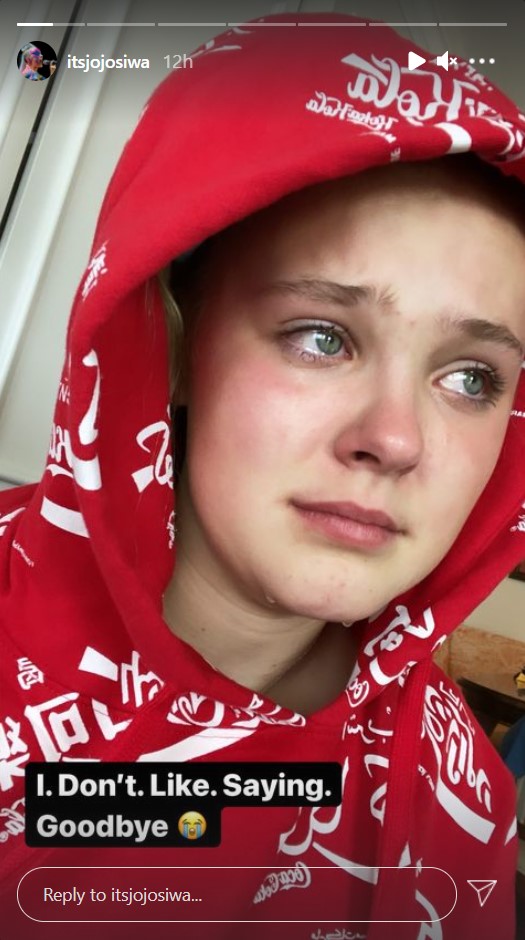 While clarifying the reason, she mentioned that she is feeling sad as she temporarily said goodbye to her long-distance girlfriend, Kylie Prew. She also told her fans that nothing had happened between her and her girlfriend.

Nothing happened, we're just long-distance, and we had to say goodbye today.

In addition to that, she stated that she gets emotional and sad every time they bid farewell. She continued by saying, “I wish we didn't have to, ever. But we do, and it just makes when we say hi to each other even more special."

Later on, she said that she would continue crying for some more time, and she only addressed the topic as she saw her fans panicking for a while. She encouraged her fans not to panic and assured her fans that it’s just a matter of a long-distance relationship.

I'm going to go keep doing this [crying] for a lot longer. But I just wanted to come in here because I knew you all were panicking for a second. But no need to panic, [it's just] the reality of long-distance.

JoJo Siwa and her girlfriend, Kylie Prew, were recently seen together visiting Walt Disney World. To keep a memory of that, Siwa shared a picture captured alongside Prew in which they were hugging each other and enjoying the moment. The two donned matching Toy Story merch as she captioned the pictures writing "I love you to infinity and beyond"—a modified line from the Toy Story movie.

The cute couple has been dating each other for a while now. Their bond initially started as a friend, and after knowing each other for a year, they decided to take their relationship to the next level. On January 8, 2021, Siwa and Prew officially began their romantic relationship. Less than a month later, the Dance Moms alum decided to open up about her sexual orientation and announced that she is pansexual.

On February 8, 2021, through an Instagram post, she opened up about another important thing in her life, relationship with her girlfriend. In the post, she attached some cute pictures captured alongside her girlfriend.

You May Also Like: 'The Bachelorette Australia': Brooke Blurton Gets Cast as the First-Ever Openly Bisexual Bachelorette

Also, she wrote a lovely caption in which she mentioned that she had been the happiest ever since she got connected with her girlfriend, Prew. Then, she stated that her girlfriend is the most protective, loving, supportive, and beautifully perfect person in the world.

Well, considering Siwa and Prew’s attachment and their love for each other, it is no extraordinary fact that Siwa shed tears while saying goodbye to her girlfriend, even if it was for a short time.