The complete history of naked dress from 1960 to today

By Soni Pahadi
Published:  May 20, 2021
Whenever the designer creates the new outfits, every fashion enthusiast spends all their money to wear that particular dress. And, when it comes to celebrities, every piece they display on their body becomes the trend. Whether it was 90's fashion or modern-era's fashion, "Naked Dress" has been the constant throughout the decades.
Image Source: cosmopolitan.in

Nowadays, most celebrities walk on the red carpets and any other award ceremony by covering their bodies with the latest trends. And, the term latest trend means the “Naked Dress Trend” in today’s era. We cannot say that covering half bodies started recently, as it has been in talks for the past three-five decades.

Fashion is all about going back and forth to the time. If you are so concerned about the styles, you might be into the 90’s fashion currently, as it has been trendy wear all over the world. Mainly, Hollywood models and actresses have modified the 90’s dressing style into the next level.

Likewise, the supermodels like Kendall Jenner to Bella Hadid have given the best justification to the evergreen trend, i.e., naked dress. Not only them but Love The Way You Lie’s singer, Rihanna, I Ain’t Your Mama’s singer Jenifer Lopez and several others have flaunted their figure in sheer and Shatin transparent clothes.

Let me take you back to the era when the idol of idols, Marilyn Monroe, stunned everyone including then-president, John F.Kennedy in 1962. It was not her first time breaking the dressing culture, even in the 1960s. Monroe became the center of attention among many looking through dresses when she took over the stage to sang John a Merry Birthday by wearing a tight sheered gown. 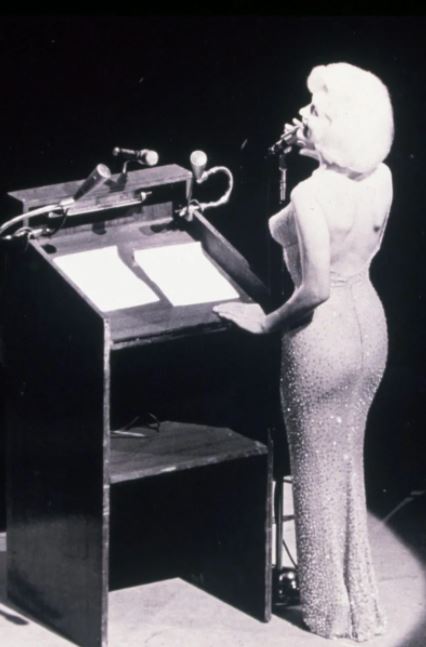 Marilyn succeeded in walking in such a masterpiece. Yes, the dress is still said to be one of the epic designs as it had about 2500 rhinestones embedded on it. And the most surprising secret is, the designer sewed the gown on her body to make it look perfect. Also, people came to know that Monroe attended the ceremony by going commando.

Similarly, in the late 1970s, Tina Turner became the talk of the town when she performed in a red-sequin dress. Since then, she is known as the Queen of Sequins. 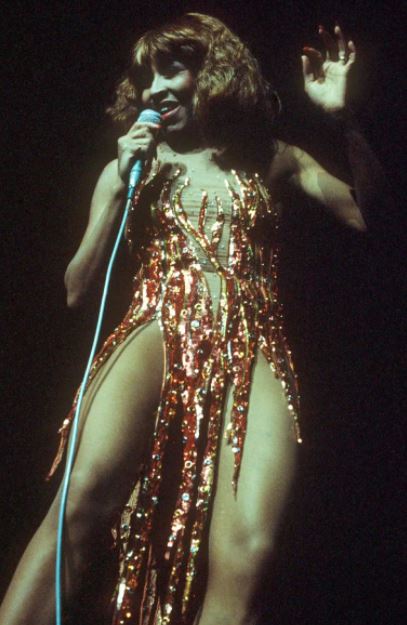 Tina Turner on one of her shows in 1975. (Source: Marieclaire.co.uk)

Well, Turner really turned fashion into a different level. The dress which she worn can only be showcased by few beauties. It is so because to show the parts of a body; one has to be confident enough. However, in recent days, half of the stars find it comfortable to go commando in public. Isn’t it fascinating?

Now, let’s move on the Kate Moss. Do you know that Kate created a buzz back in 1993 when she made a public appearance in a fully sheered dress? She displayed the dress in the simplest and the intimidating way. The actress only wore a black undergarment beneath, which attracted many eyes for being such a daring diva. 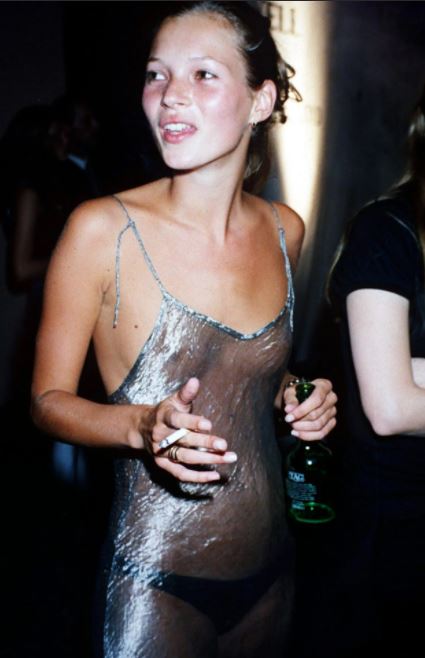 Moss’s iconic dress was designed by a designer named Liza Bruce. It was the shiny silvered-slip dress. This is still in fashion, though.

The 90’s fashion didn’t end there as designers couldn’t let go of all those eye-catching styles. In 2000, Jennifer Lopez, AKA J-Lo, wowed every photographer and person when she walked the red carpet for the Grammy in a green floral Versace dress. The way she showed off in that half-naked and full see-through dress drew attention worldwide. 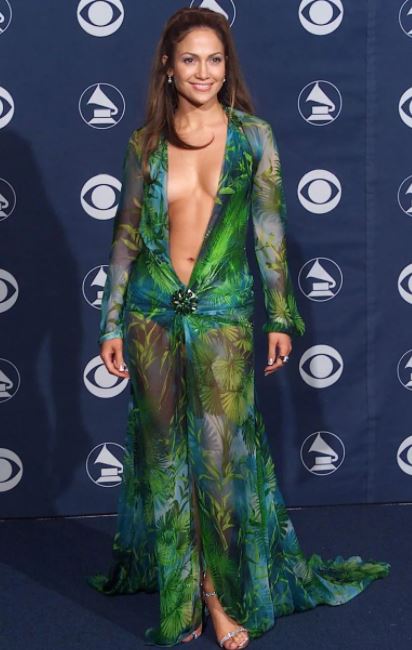 Indeed, even Google’s president praised it as it was one of the most searched images in Google at that time.

Similarly, Jennifer has exhibited numerous naked dresses throughout the years. For example, in 2015’s Met Gala, she rocked the red Versace gown with side cutouts and a snake-like dragon design on her front body.

I am assuming that you already know Hollywood is all about the latest fashion and design. If one starts the trend, then almost everyone picks up that fashion for a longer time. Or we can say that there is no way to end it for good.

The fashion icon Rihanna is famous for her record-breaking and eye-capturing fashion sense. In 2014, the singer attended the CFDA in a sheer dress, showcasing her nipples. The dress had about 230,000 Swarovski crystals and was designed by none other than Adam Selman.

Rihanna at CFDA in 2015. (Source: Marieclaire.com)

Even this appearance became the breaking contents for every media. There were numerous headlines, and “Rihanna goes naked” topped all of them.

Likewise, the one and only Beyonce drew attention at 2015’s Met Gala on her naked Givenchy dress. The gown had a strategic crystal that covered the crucial parts of such a diva. The back part of the gown touched the ground, which gave a royal dress vibe. 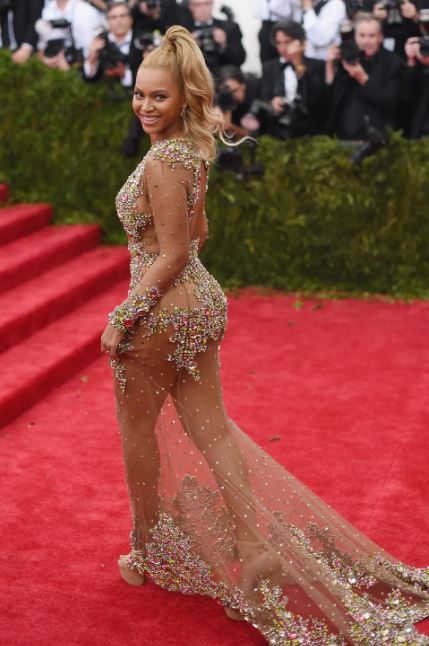 At that time, Beyonce also proved that the simple high ponytail could give a perfect look.

The supermodel Kendall Jenner comes in the top list of rocking such dresses for the latest styles. Cannes Film Festival is all about displaying the perfect dress. And our sensational model has not failed in drawing attention in such ceremony till date. In 2016, Kendall posed in Cavalli Couture’s black sheer dress at the Cannes.

Further, in 2018, Kendall was seen enjoying the Chopard Party at the Cannes Film Festival in the mini sparkly naked dress. Though she displayed her nipples, she was wearing a nude undergarment beneath the dress. 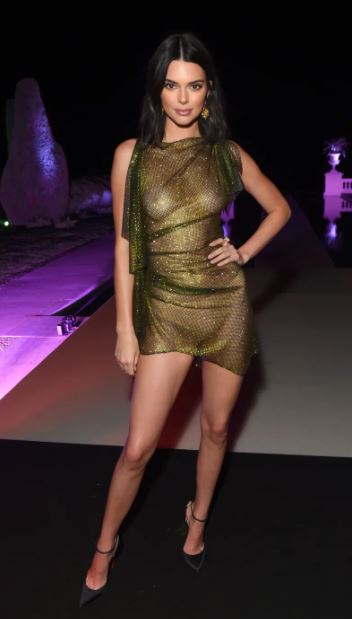 In 2018’s Cannes Film Festival, Jenner captured every photographer’s eyes by walking the red carpet in a white-tiered-sheer dress with a thick white belt around her perfect waistline. Schiaparelli Haute Couture designed it for the winter collection.

In the same way, the supermodel made her presence at the 2020’s Vanity fair in black -naked-gown. She went commando in this dress, which showed the side butts covering only the front and back parts. She just ate the dressing concept that night.

Almost everyone’s favorite, Rita Ora, is also on the list of wearing a naked dress. In 2015, she showed her half body in Donna Karan’s black mesh gown. 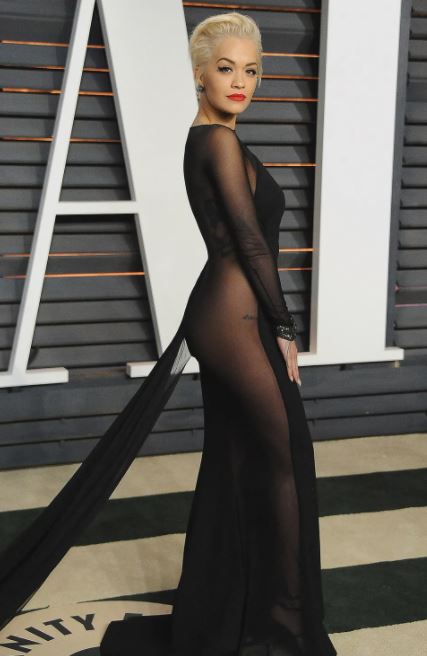 By looking at her that day, we became sure that she was all for showing side butt rather than side boobs. 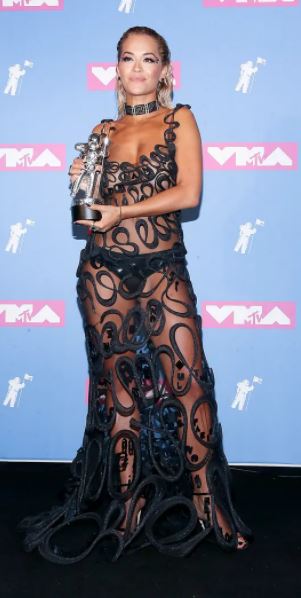 You May Also Like: The Sneak Peek On The Adventurous Life Of The Traveler Influencer, Jessica Nabongo

Well, how can we forget Bella Hadid’s silver beaded sheer gown in 2016’s Victoria’s Secret Fashion Show’s after-party? The former Victoria’s Secret with Angel showed off her body in Julien Macdonald’s silver dress. She paired the gown with a nude thong and Messika’s jewelry. 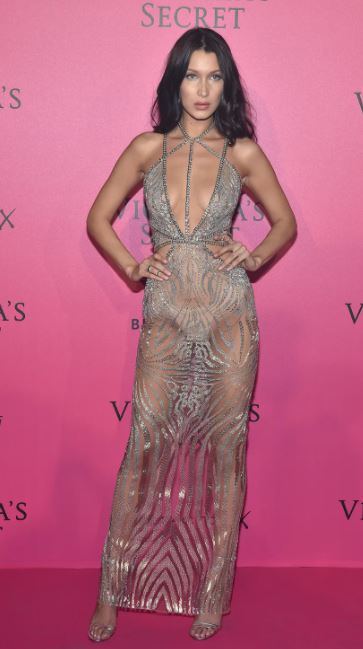 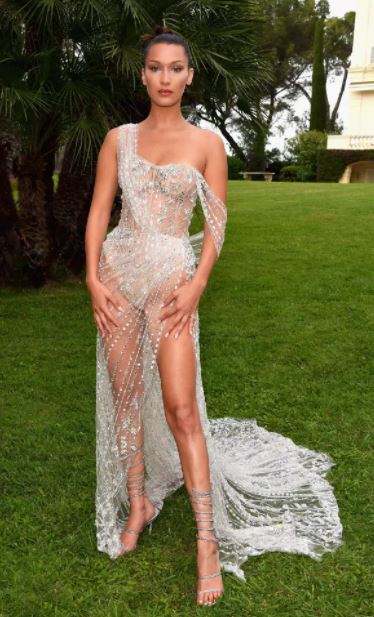 The outfit that Hadid displayed at Cannes Film Festival in 2018 was created in three hours.