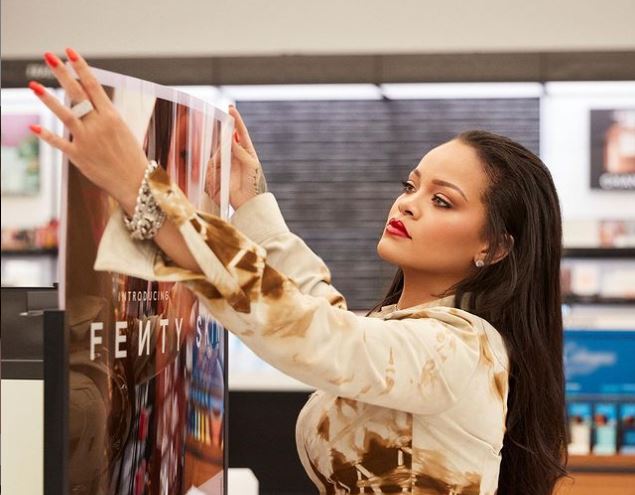 The Diamonds' singer, Rihanna, stands out for style, talent, wealth, and whatnot. She has never left a dullness in whatever she wears; instead, she has been shining like a diamond all over the years. Moreover, she proved that she is the only one competing in the fashion world by being the face of Vogue Italia 2021.

Also, Rihanna achieved The Big Four in Vogue’s history after Madonna by being featured in the Vogue Italia 2021. Here, ‘Big Four Vogue’ means she has been portrayed in every renowned Vogue cover, including British Vogue, Vogue Paris, American Vogue, and Vogue Italia. This is also one of her biggest achievements besides, multi awards and honors.

You might be thinking about what is so special about Rihanna being on Vogue Italia’s cover? The thing is that this time Vogue Italia had a DIY concept. Precisely, RiRi acted as a model, but she chose the clothes, styled, and photographed herself. The magazine also explained that she was the only perfect for all roles. During an interview on 3rd June 2021, Vogue said,

On set Rihanna played simultaneously the artist and the muse, the observer and the observed, the director and the character, experimenting on the fine line that exists between the two sides of an artist.

Indeed, no one can do it like ‘Rihanna.’ Also, Vogue’s editor-in-chief, Emanuele Farneti said they had tried different ways for the magazine in the past years, like with no images and with photography or illustrations. Also, he said that it was the first time they tasked someone to do it all for the DIY concept. Furthermore, Franeti added,

If there was a right occasion for this new experiment, it could only have been the DIY issue. Neither could there have been a better protagonist than Rihanna – who has appeared on so many covers, but never like this time in the version in which she, and only she, has chosen to portray herself, without filters or any mediation.

RiRi has that unique aura, which only she possesses. For the Vogue Italia 2021, she chose different clothes, which have crashed the social sites. First, let’s have a look at her being covered in Saint Laurent’s black silk muslin with applied feathers. Then, she posed to the camera by showcasing her Chopard’s ethical white gold earrings and ring with pear and brilliant-cut diamonds.

Rihanna poses for the Vogue Italia 2021. (Sources: Vogue. It)

Also, she topped the style with Versace’s Decollete with the platform. She looked intimidating and bold at the same time. Indeed, RiRi is the top fashionista.

Then, in the next photoshoot, Rihanna layered several clothes. For example, she wore three pairs of pants and five jackets, reflecting the American sitcom FRIENDS’ character, Joey. 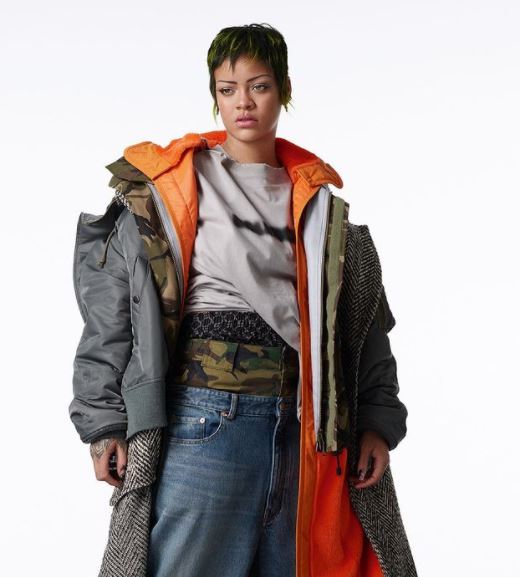 Even one of the users commented, saying that, ‘This looks like Joey from FRIENDS!! ‘Could I BE wearing any more clothes on her official Instagram handle'? And the next told that 'Joey did it first.' Well, even Matt Leblanc (who Played Joey in FRIENDS) would have been proud of her. But, thanks to God, RiRi didn’t make any lunges. But, who knows, she might have tried behind the scenes?

Next, Rihanna styled herself in transparent tulle Blumarine dress. The outfit was covered in roses. The moment she uploaded the picture in her gram, her comments section was over-flooded.

It is proof that not every RiiRi Vogue Italia style is silly and filled with humor. In the red transparent outfit, she showed her sexiness, which is beyond words. 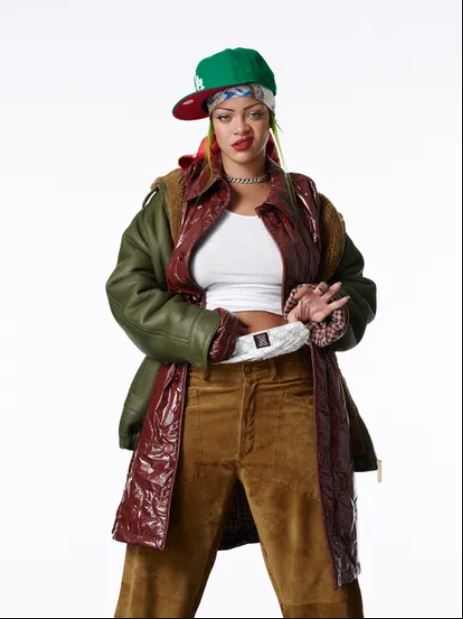 Plus, the singer showed her Savage X Fenty’s boxer in the photo. Overall, the look was completed with the scarf and Hermes. Also, the photo shoot takes you back to the 90’s fashion. And Rihanna looked elegantly badass in the picture.

Besides singing and modeling, Rihanna is a businesswoman as well. If you haven’t heard about her beauty line, then let me give you a short tour.

Rihanna holds indefinite experience and taste in beauty and fashion; she founded Fenty Beauty in 2017. Fenty Beauty has every type of beauty product, including foundation, lip gloss, and many more. Plus, it has collaborated with famous brands to date.

Moreover, the best thing about Rihanna’s Fenty Beauty is that there is diversity involved. It not only targets the specific gender, skin tone, or areas. This company has brought everyone as a unified one. There is no restriction on models as Fenty includes every shape, skin tone, and identity in the photoshoot.

Discover: The Sneak Peek On The Adventurous Life Of The Traveler Influencer, Jessica Nabongo

For instance, Rihanna added the stylish couple for her new campaign, the Savage X Fenty Pride Campaign. To make you clear, not everyone catches the singer’s eyes, but Ahmad Knau and Rahquise Bowen have become exceptional.

The duo has been together for two years since their encounter on Tinder, says Kanu. Also, they are growing and glowing up together as they shared the same interest, i.e., style. And all thanks to the beauty Queen, Rihanna, for casting them as one of the models in her Pride Campaign for June 2021.