Know What Happened To 90 Day Fiance Ariela Weinberg and Biniyam Shibre. Are They Still Together? 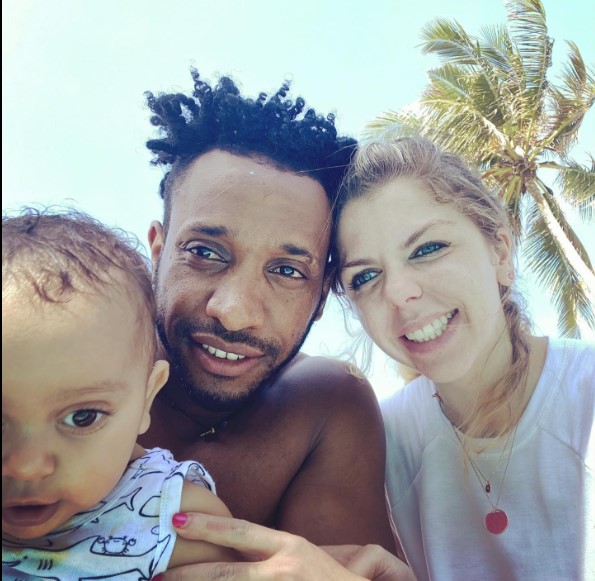 Fans were first introduced to Ariela Weinberg and Biniyam Shibre on 90 Day Fiancé: The Other Way season 2. The couples have shared their ups and downs and even got married in December 2021. However, a number of social media posts have hinted about their breakup. Read to find out more.

The couple first appeared in Season 2 of the 90 Day Fiancé: The Other Way when the pregnant Ariela flew to Ethiopia so Biniyam could be there when their baby was born. At the time of her appearance on the show, Ariela was a newly divorced writer. She took some time to adapt to the country and even refused to abide by some of their religious traditions. After the duo welcomed baby Aviel Shibre, they eventually got engaged.

The 90-day fiance star Ariela met Biniyam while she was on a soul-searching trip after getting divorced from her husband. Ariela stayed with Biniyam for a few months just to eventually realize she was pregnant with their child. Eventually, Ariela Weinberg dated Biniyam as well. Although Ari had come back to the USA, she decided to go back to Ethiopia to give birth to their baby so that Biniyam could witness their child's birth.

While doing a routine ultrasound, the pair discovered that their baby’s movement had reduced due to a low amount of fluid in her amniotic sac. The doctors had to immediately perform an emergency C-section on Ariela.  Finally, their son Aviel Shibre was welcomed into the world on December 17, 2019.

In the third season of the series, we see Ariela return to the USA for their son Abiel's hernia surgery. The couple's reappearance in 90 Day Fiancé: The Other Way season 3  follows their rocky relationship as viewers witness Ariela invite her ex-husband, Leandro Fosque, to Ethiopia. Moreover, fans were shocked to see her offer even him to stay in their house.

TLC viewers couldn't help but criticize Ariela for getting very comfortable and giggly with her ex-husband of 10 years. But the 90-Day Fiancé star defended herself saying that Leandro was her long-time best friend. Besides, Ariela even accused Biniyam of cheating while she was away and turning their house into a party place.

Read about What Is The Ultimatum Star April Marie's Ethnicity? Find Out Who She's Dating

Did Ariela And Biniyam Marry?

Fan favorite Weinberg and Shibre supposedly got married last year in 2021. In a now-deleted post, Ariela Weinberg's brother, Bradford, had uploaded a couple of photos on his Instagram Stories showing Biniyam Shibre standing while donning a glittering wedding tuxedo. The couple apparently got married in a Jewish ceremony in New Jersey.

Are Ariela Weinberg and Biniyam Shibre Still Together?

The couple is assumed to be together as Ariela made a birthday post for Biniyam on April 7. The star wrote that he was a great father to their son and loved by so many people. You can see the post below.

However, fans didn't take the post too well as one user wrote, "I'm assuming these two aren't together anymore. That was a very impersonal HBD". Others wrote similar comments on the post as well.

Are Ariela And Biniyam Appearing On 90 Day Fiance Season 9?