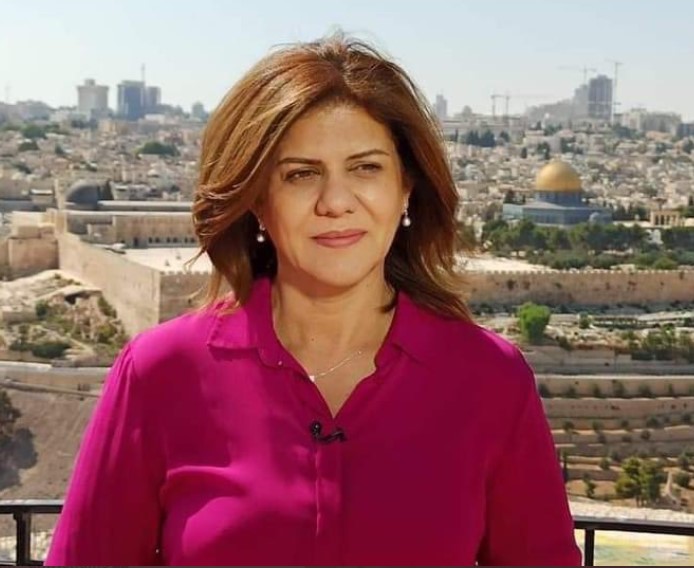 The Palestinian-American journalist Shireen Abu Akleh was killed on 11 May 2022 while reporting on a raid that happened in Jenin in the Israeli-occupied West Bank by the Israel Defense Forces. The journalist had been working as a reporter for Al Jazeera for 25 years until the time of her death.

Born in the year 1971 in Jerusalem, the Al-Jazeera journalist Abu Akleh was 51 years old at the time of her death. The reporter's family hails from Bethlehem and are Arab Palestinian Christians. Abu Akleh lived in the United States and subsequently got her U.S. citizenship through her mother's side of the family who resided in New Jersey.

Israeli occupation forces assassinated our beloved journalist Shireen Abu Akleh while covering their brutality in Jenin this morning. Shireen was most prominent Palestinian journalist and a close friend. Now we will hear the “concerns” of the UK govt & the international community pic.twitter.com/M6lKTbceHJ

For her education, the Al Jazeera journalist went to a secondary school in Beit Hanina. Later, she joined the Jordan University of Science and Technology to study architecture. Despite studying architecture initially, Abu Akleh realized she didn't want to pursue the career and later shifted to Yarmouk University in Jordan. At Yarmouk, Shireen Abu Akleh studied print journalism for her bachelor's degree.

After her graduation, the reporter moved back to Palestine.

The journalist's death was officially announced on 11 May 2022 by the Palestinian Health Ministry.  Al-Jazeera reported about the journalist's death saying that she had been shot dead by the Israel Defense Forces (IDF). Al Jazeera Arabic TV correspondent Abu Akleh had been reportedly killed on Wednesday while she was covering the Israeli army's raids in the city of Jenin.

ðŸ§µ: Don’t waste your time reading western/Israeli news headlines about what happened to Shireen Abu Akleh. Hear it firsthand from the Palestinian journalists who were with her and witnessed everything:pic.twitter.com/xq2JKA6d8T — Ù„ÙŠÙ†Ø© (@LinahAlsaafin) May 11, 2022

Immediately after the gunshot, Abu Akleh was rushed to the hospital. Unfortunately, shortly after her arrival, the journalist was pronounced dead at around 7:15 am according to the ministry and Al Jazeera journalists. At the time of her shooting, the reporter was with other journalists wearing a press vest. In the gunfire, another journalist named Ali al-Samoudi was also injured. However, he is in a stable condition now.

Al Jazeera condemned the killing of their journalist and described it as a  "horrifying crime that breaches international norms "which was committed in cold blood". According to the news media, the reporter's home was raided by Israeli forces right after she was murdered. During the raid, the Israeli forces confiscated the Palestinian flags and prevented the playing of nationalistic songs.

The Palestinian Authority has scheduled a funeral procession in Ramallah on May 12, 2022. The procession will start at the Palestinian presidential headquarters and president Mahmoud Abbas is also reported to attend. The Al Jazeera correspondent Abu Akleh is scheduled to be buried near her home in a Jerusalem cemetery on May 13, 2022.

Who Is Shireen Abu Akleh's Husband?

There is no official information regarding the journalist's conjugal life. We don't know who her husband is. However, she is assumed to be married. 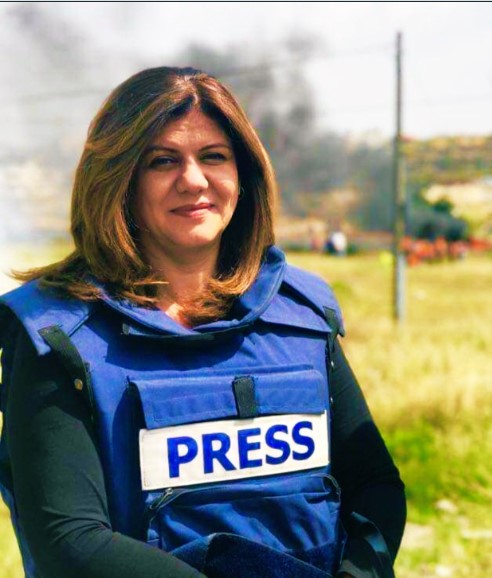 What Is Shireen Abu Akleh's Net Worth?

Although the Al Jazeera Arabic Abu Akleh's exact net worth hadn't been made public, journalists in the United States are said to earn an annual salary of $86,056 per year. So it is safe to assume Abu Akleh made an annual earning around that figure. The journalist had been a part of Al Jazeera Arabic for more than 2 decades, 25 years to be exact. Abu Akleh joined the news network in the year 1997.