Who Is Alix Earle on TikTok? TikTok Controversy, Explained And Income 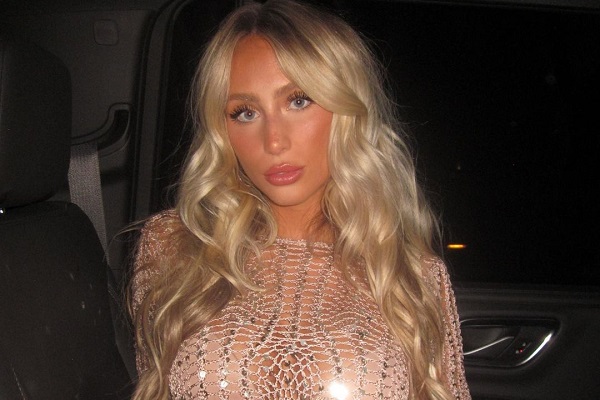 Alix Earle is a new name on TikTok that is going viral. She is a TikTok star who has over 3 million followers. She has amassed a total of 106.9 million likes on her TikTok video at the time of this post.

It's just been a few years since she has been active on social media. Within a short time, Earle gained huge success not for going viral but for being herself. Earle once made headlines on the internet after breaking up with MLB player Tyler Wade. Apart from that, Earle is again in the limelight after including a Black haircare brand in her Best Amazon Purchases of 2022.

So, before talking about her relationship and the TikTok controversy, let's get to know something about her personal life.

Who Is TikTok Influencer Alix Earle?

Alix Earle is a TikTok star born on December 16, 2000, in the United States of America. She was raised by her parents, Thomas and Alisa, together with her sister named, Ashtin. The Earle family owns Earle of Wall Township, New Jersey. It is an asphalt and construction company specializing in building and paving roads.

According to Insider, Alix's parents appear to be separated as Thomas is married to Ashley Earle. Thomas and Ashley tied the knot in 2013. Before that, he was rumored to be cheating on his then-wife, Alisa. The rumor rose in 2008. Now, he is married to Ashley, and she is also the mother of three kids.

Talking about Alix's educational background, she studies at the University of Miami Herbert Business School. She is expected to graduate in April 2023 with a BBA degree focused on Marketing.

While dating, Earle used to share every moment with Wade on her social media handles. However, Earle and Wade couldn't take their relationship forward over three months as they broke up. After going separate ways, Earle talked about her split in a Livestream.

Initially, Earle kept the news private as she didn't want to show it to her fans. In the live video, a fan asked about their relationship, and she said that they were not together. While revealing the news, Earle also said,

"We have been fighting for a bit. I just was not happy with the way I was feeling. He wouldn't post me"

"We went to a wedding and got all these good photos together and two selfies of him, and he was like, 'Oh how many pictures should I post?' and I was thinking, 'Aw he's going to post me.'"

Apart from that, Wade has not made a single post regarding their breakup. But on TikTok, Earle got more popular when she mentioned her ex-boyfriend in a funny video. Earle is now busy with her professional life, but after moving forward from the breakup controversy, she again got into another one.

What Is Alix Earle TikTok Controversy About?

Alix Earle reviews makeup products on social media. So, in January 2023, she included a Black haircare brand in her "Best Amazon Purchases of 2022" TikTok review. It instantly went viral all over social media, which dragged her into the controversy.

Meanwhile, Monique Rodriguez founder Mielle took to social media to address the backlash shortly after. Apart from that, Earle's fans are concerned about how much she makes from a sponsored post on social media.

Alix Earle is famous on TikTok not only for her videos but also for her earnings. It is reported that she makes at least $70k from a single sponsored video. Depending on the paid partnership, the income may vary from $40K to $70K.

Her lifestyle clearly shows that Earle is enjoying a lavish life to the fullest. We can follow her on Instagram as @alix_earle, where she showcases her life, exploring many places and wearing amazing outfits.