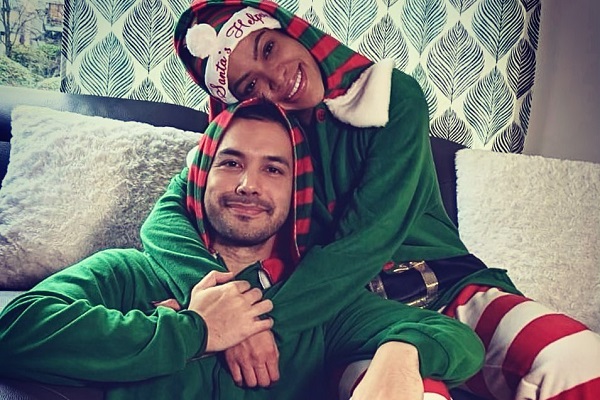 Alvina August is a prominent actress from the United States of America who is famous for appearing in the movies such as The Boys, Woke, Nancy Drew, and Chilling Adventures of Sabrina. The talented actress is also famous for her relationship with Marco Grazzini, a Canadian film and television actor.

Grazzini and August have been with each other for quite a while now. Since getting engaged in 2019, their love life has been in people's eyes. As we know, both of them are engaged in the same field, and they have supported in their professional life too. Since meeting each other on Tinder, they have known each other, and their relationship is now turning to the next level.

So, in today's article, we will talk in detail about their relationship timeline, engagement, and wedding plans.

Alvina August has always been open about her relationship with Marco Grazzini. While talking on the Hallmark Channel's podcast Bobbly Sesh, August said that she would find her love in a traditional way. But it dint go like her thoughts as she met Grazzini on Tinder.

Detailing her meeting with Grazzini, she said she was on Tinder to promote her music and was not looking for anyone. On the other hand, Grazzini ended up commenting on one of August's videos. So, after that, the pair began talking with each other. They talked for three weeks before they met in real life.

Furthermore, they had an eight-hour first date in which the couple played table tennis, and Marco also revealed to her that he was an actor. In the initial phase, August was hesitant about what Grazzini did for a living, but Grazzini ended up helping her start her acting career. After that, they began getting closer, and in the year 2014, the duo started dating officially. Since then, they have been spotted in many places together and have also gone on different trips, including in Thailand in 2019.

Read More: Who Is Laurel Gates in Wednesday? Villain’s Origins and Identity Revealed

Alvina August Got Engaged to Marco Grazzini in 2019

When Alvina August flaunted her diamond ring on Instagram, fans were clear that she got engaged to her fiance, Marco. On June 17, 2019, August posted the image on Instagram.

She shared two images, one with her fiance and one flaunting her ring. After that, their well-wishers congratulated the pair. During that time, they were on a trip to Ubud, Bali, Indonesia. Since then, they have been engaged, and now fans want to know if they are getting married.

As said above, Alvina August and Marco Grazzini got engaged in 2019. After that, they have been sharing their moments on Instagram, and fans are also asking if their wedding is happening anytime soon.

However, the engaged couple has not shared anything about their marriage plans yet. August may give some hints about their wedding in the future so that we can follow her on Instagram as @alvinaaugust.