Who Is Angie Katsanevas From ‘RHOSLC’ Married To? Details To Know About Her Husband and Family 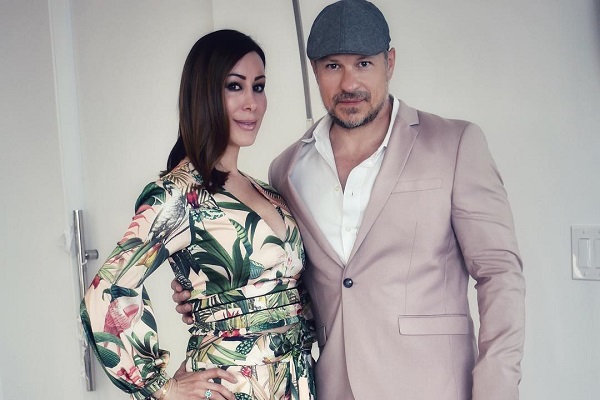 Angie Katsanevas is a hairdresser by profession who is making headlines after appearing in The Real Housewives of Salt Lake City. The show is kicking off its newest season, and there are some cast members in the mix for season 3.

One of them is Angie is introduced in the Season 3 premiere episode by Jen, who throws a Harlem Nights-themed birthday party for her spouse, Coach Shah, at Angie's residence. So, Katsanevas is a business owner, wife, and mother.

Moreover, Katsanevas and her husband have been married couple for many years, and their married life is still going well. So, here's everything you need to know about their relationship timeline and more.

Angie Kastsanevas has been married to her beloved husband, Shawn Trujillo, for over two decades. The pair is not only husband and wife but also business partners, as both of them are engaged in the same field. Shawn is the co-founder of Lunatic Fringe hair salon with his gorgeous wife.

Likewise, his Linkedin bio shows that he is the owner of Paul Mitchell The School SLC/Ogden. He has gained broad experience. Trujillo is skilled in Customer Service, Coaching, Sales, and Entrepreneurship. Regarding his educational background, Trujillo went to Havard Business School in 2009 and received a degree in OPM/ALD focused on Business.

Later, he also went to the University of Utah - David Eccles School of Business, where Trujillo studied executive leadership. Since 1999, he has been working professionally as a hairdresser. We can find him active on Instagram under the username @shawntrujillo17. As Trujillo got more into the people's eyes when he got married to his wife, Angie. So, let's explore their married life.

Read More: Who Is Wednesday Star Jenna Ortega Boyfriend? Inside Her Relationship and Dating History

Angie Katsanevas and Shawn Trujillo crossed paths almost 27 years ago when Angie set foot as a guest in the salon Shawn was working at. Both of them have not hesitated to show talk about their love lives in the media.

While talking on 'The Glow Boss' podcast, Katsanevas told how she met and fell in love with her handsome partner. When Katsanevas first saw Shawn, she saw him to be very sweet, shy, muscular, and good-looking. Not only that, but Katsanevas confessed that she developed a crush on him almost immediately. But the pair actually didn't officially meet until Katsanevas started working at the salon and was his assistant.

Similarly, Trujillo thought of taking the first step and asked Angie for a date. After that, they began dating, and the rest is history. After dating each other for some years, Katsanevas and Trujillo tied the knot in 1999. Since then, they have been married, and now it's been over 23 years.

Click To See: Who Are 'RHOSLC' Star Whitney Rose’s Siblings? Explore All Siblings

Just after getting married in 1999, Angie Katsanevas and Shawn Trujillo opened their first-ever hair salon- Lunatic Fringe, together. Being business partners, they have amassed a decent fortune, and their net worth is said to be in the six figures. So, just like their professional life, they are doing well in their personal life.

Moreover, Katsanevas and Trujillo have also started a family of their own. So, they are blessed with a loving daughter named Elektra. Besides, their daughter is an equestrian rider and even has her own horse. We can find her active on IG as @elektra__eq. The family of three lives happily, and Katsanevas often share their moment on her social media handles.