Are Anthony Reeves and Avani Gregg Still Together? Their Breakup and Relationship Details 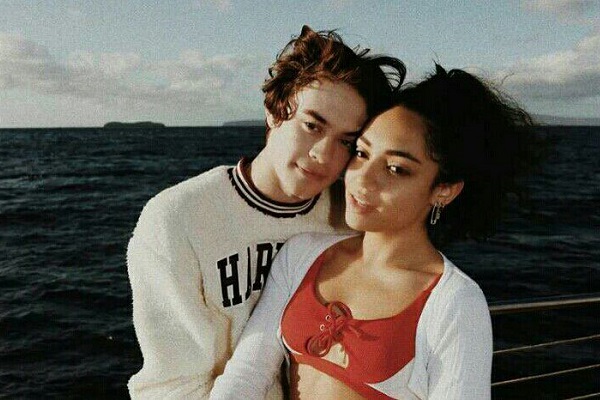 Avani Gregg is a well-known American social media personality and makeup artist. She is famous for sharing many videos on TikTok, and apart from her professional life, she also gains people's attention due to all of the events in her personal life.

She got more into the spotlight after the news of her dating fellow TikTok star, Anthony Reeves, was confirmed. Reeves is a renowned TikTok star who has gained massive fan followings on his self-titled TikTok account. Their bond was loved by many. For your information, the duo made their relationship public in April 2020 after months of fan speculation.

But now, Anthony is rumored to have cheated on his girlfriend, Avani. With the cheating rumors, the news of their breakup has also covered the internet. And Anthony has finally responded to the cheating rumor and breakup too. Keep reading to find out everything about their relationship timeline and split.

Are Avani Gregg and Anthony Reeves Still Together?

No, Avani Gregg and Anthony Reeves are not together, as they have already parted away. In November 2022, their breakup rumors speculation started swirling. Last week, a video of Reeves kissing another girl in a nightclub went viral, sparking the assumption he had cheated on Avani.

Later, it was confirmed that Gregg and Reeves had parted away. The Instagram account TikTok Room shared a screenshot of a fan comment asking Gregg if she and Reeves "broke up" after he apparently didn't appear at her birthday party. And later, Reeves confirmed, but breakup but Gregg has not said anything about it in the media.

As we know, Avani Gregg and her boyfriend are no longer together. So, fans are disappointed with the news, and the cheating rumors of Reeves have left many people confused. Fans have speculated that Reeves may have cheated on his girlfriend, which led to their relationship ending.

As said earlier, the video of Reeves kissing another girl in a nightclub went viral. After that, the cheating rumors went like fire on social media. But Reeves has finally responded to the cheating allegation.

Reeves took to Twitter on Sunday to shut down the rumors, saying he and Gregg broke up days before the kiss. His tweet reads, "We broke up officially on the 19th. Josh invited me out to Canada on the 22nd. I didn't cheat. I'm not a cheater."

In the same way, Avani took to TikTok after a few hours to upload a video of herself wiping away tears. So, fans also rushed to the comment section to show their support for Reeves. One TikTok user said, "3 years forgotten in 3 days... u deserve better, ur free now." Another supported Gregg saying, "Time to heal & upgrade babe; you're too good for him."

Now, it becomes clear that both of them have chosen the path of a breakup, and they are no longer together.