What Is The Ultimatum Star April Marie's Ethnicity? Find Out Who She's Dating 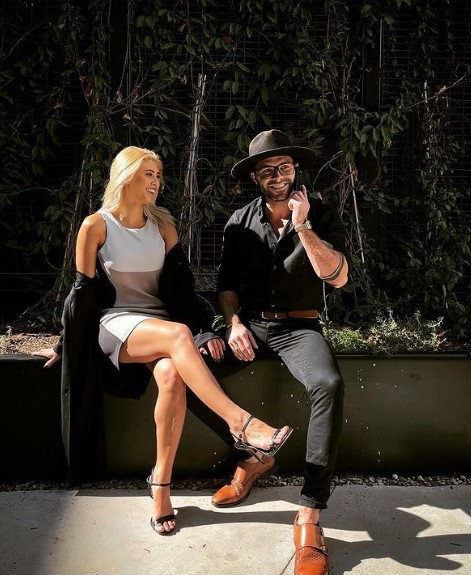 April Marie is a model, social media influencer TV personality, and actress. She is the star of Netflix's new reality show called The Ultimatum. The star dated her boyfriend Jake Cunningham on the show. Fans are curious to know about April Marie's ethnicity and her boyfriend. We have explored all about it in our article below.

What Is April Marie's Ethnicity?

The reality TV star is of mixed ethnicity. April Marie's mother is a Filipino and her father is an American. However, April holds American nationality and is an American native. The actress was born and raised in the united states of America by her parents.

Born in 1998 in Florida, USA, April Marie's age is approximately 23 years as of 2022. April Marie's parents are Gary Melohn and Zenny Melohn. They currently live in National City, California. April's father Gary graduated from Dike Comunity High School in 1984. The Ultimatum's star April's parents got married to each other in September 1991.

Not much is known about April's early childhood. Likewise, details about her education aren't known either. However, it's been revealed that the actress was interested in modeling ever since she was a child. In 2014, Marie also won the Miss Florida Top Model.

What Does Model April Marie Do For A Living?

According to Elite Daily, April Marie is a professional model. April once spoke about her career as a model in an interview with Inscriber in 2016. The actress has been in the industry for at least six years now. She told Inscriber that for her, models who don't let their height stop them from becoming a model are quite an inspiration.

April also revealed her favorite model to be Devon Aoki. Devon is known to be the shortest high fashion model who has posed for Chanel.

The celebrity works as a model for various brands like Earthbound Clothing Company and FloGrown. April Marie also recently started her career as an actress on the reality show called The Ultimatum: Marry or Move on. Netflix's newest show The Ultimatum is a reality dating series about six couples where one partner is ready to tie the knot while the other still has reservations before walking down the aisle.

The show then revolves around the partner who's ready to get married issuing an ultimatum to their partner. The series is age-restricted and clearly states its focus audience as above 18. Although the idea of the reality show is quite provocative and interesting, it has only got an IMDb rating of 5.5 out of 10.

The reality star had appeared on The Ultimatum with her boyfriend of 2 years. April's boyfriend Jake Cunningham was given an ultimatum by the actress either to marry her or move on. In the season finale, Jake broke up with April and instead asked out co-star Rae Williams to travel anywhere in the world with him.

It was a bitter experience for April who was heartbroken on the show. However, in the April 13 reunion episode, April revealed she had finally met someone new after living with Jake for five more months following the show's end. The happy Marie also revealed that her new boyfriend didn't shy away from committing to her. April's boyfriend as of present is named Cody Cooper.

Although April and Cody have been together for only 6 months now, the lovebirds have already traveled the world together, spent holidays with each other's family, and moved in together. April officially revealed her relationship with Cody on her IG page on April 15, 2022.

The gorgeous model is on Instagram with over 287K followers. Moreover, April's also on Tiktok with over 86K followers.