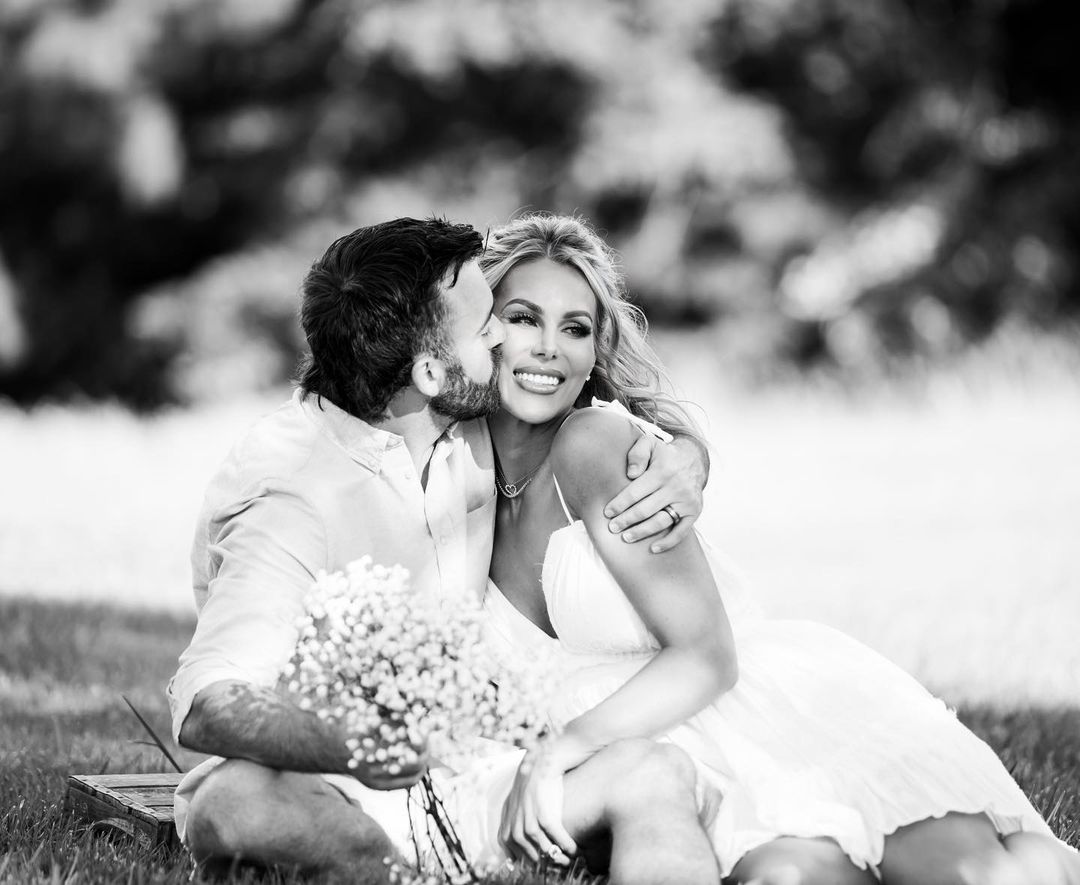 The NASCAR driver, Austin Dillon is quite a well-established name in the car racing industry. He was born on April 27, 1990, as an adorable son to parents Tina Dillon (mother) and Mike Dillon (father).

Driving is something indulged within his bloodline as his father, Mike, too was a renowned name amid the racing drivers. Dillon also has a sibling, Ty Dillon, who is into racing too.

Descending from a bloodline as such the NASCAR driver is indulged with the drive to try new things and dedicate himself to his passion.

His colossal career for sure has sought the attention of many, but what further keeps his audience engaged in his personal life?

Reports state that the handsome hunk is married already.

Let us get an insight into his personal life now.

Who Is Austin Dillon Married To?

Well, to all those hearts that beat for Dillon, it is sad to state while breaking your heart that he is married.

Yes, you read that right, the car racing fame has been committed to the love of his life as they tied the knots in 2017.

He has been sharing the eminent chapters of life with his wife, Whitney Ward.

The beautiful story of theirs reportedly took off in the year 2015.

They started seeing each other pretty often and eventually ended up being in a relationship. Now, as we are familiar with them walking down the wedding aisle together, let us ponder their relationship timeline beneath.

Well, as stated above, their love story took a turn in 2015. That is when things are speculated to have started.

Their bond strengthened so much within a certain span that by 2016 on August 16, they ended up getting engaged.

By 2017, they got decisive over walking down the wedding aisle together while getting married. The two even have an adorable son.

They chimed the new chapter of life in 2020.

It has been years since they both got knotted into this bond but despite these many years of togetherness the love within them keeps on growing.

In a recent interview, Dillon was asked how he manages time for his love and family despite a hectic schedule. To that, he replied how his wife, Whitney plays the role of a protagonist in prospering their relationship.

He stated that during his free time whenever he seems busy on his phone, that is when his wife asks him to shut the phone down and spend quality time with family.

Dillon further stated that with her support he has built a healthy relationship with both god and his wife that helps him get away from all the adversities and challenges.

You may also want to read: Everything About ABC News Correspondent Mola Lenghi Wiki, Family, and Wife

How Do Whitney Ward and Austin Dillon Manage Their Career and Personal Life?

As Dillon stated above that they ensure that every time they end up getting free time, the couple ensures to spend it together.

Now, talking about when things get hectic, at such moments both do not put any pressure upon each other.

Instead, the husband and wife duo retains mutual understanding in their relationship. They encourage each other to do better and focus on career health too.

This way, neither is their career hindered nor their personal space. The amazing husband and wife duo demonstrates how essential it is to retain understanding and comfort in a relationship.

They both have been taking their married life seriously and that is the only secret to their prospering yet strengthened bond.

The NASCAR driver has found the love of his life, and we hope that he and his wife relish a beautiful potion of life ahead.