Bachelor in Paradise’s James Bonsall Has a New Girlfriend: Who Is Rebecca? 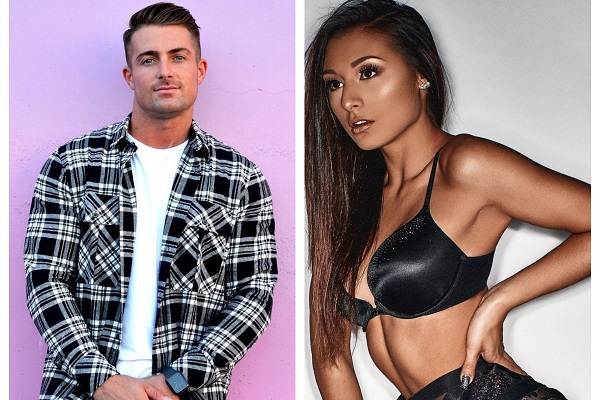 Their bromance on the show had gained huge people's attention, but now, James Bonsall is making headlines on the internet as he recently introduced Bachelor Nation fans to his new girlfriend. Bonsall announced his relationship with his new girlfriend, Rebecca. So, if you are here to know everything about their love life, keep reading till the end.

Bachelor In Paradise star James Bonsall is in a romantic relationship with his girlfriend, Rebecca Marriee. When Bonsall announced the news of his new girlfriend to the world, fans were eager to know who the lady was.

By profession, Rebecca is an insurance analyst. She is also engaged in the fitness industry, as Rebecca often shows her amazing fit body on her Instagram handle, where she is registered as @rebeccamarriee.

Moreover, Rebecca also appears to be a social media influencer who has worked with some brands. Due to her posts and mind-blowing figure, Rebecca has amassed over 43k followers on her account. And Rebecca just celebrated her 26th birthday with her boyfriend. Let's explore their relationship timeline.

Click To See: Who Is Angie Katsanevas From ‘RHOSLC’ Married To? Details To Know About Her Husband and Family

James Bonsall recently announced his relationship with his new girlfriend, Rebecca. Bonsall took to Instagram on Rebecca's 26th birthday. He shared a photo with Rebecca kissing. Bonsall captioned the image,

I am beyond grateful to have you in my life, and I am truly blessed to be able to share this special day with you and many more to come.

You deserve all the happiness that the world has to offer.

After that, birthday wishes and congratulatory messages for the couple were poured into the comment section.

"Thank you for the best birthday and the best trip i could ever imagine my baby. You truly spoil me rotten; thank you even more for all that you do for me on an everyday basis. I love you."

As we know, this is the first time Bonsall talks about his new lady. Bonsall never opened up about his dating life with Rebecca. So, it is unknown when the duo began dating. Despite that, we can be clear that their romance is going well, and we may get more happy news in the coming years.

When James Bonsall posted a picture with his new girlfriend, many fellow Bachelor in Paradise alums chimed in with their thoughts. Michael Allio expressed his thought, saying he was happy for him and couldn't wait to meet her.

The comment was also dedicated to Aaron Clancy, as he and James have been inseparable. Likewise, Aaron made a TikTok after James introduced his girlfriend. The TikTok video had captions saying, "Trying to hang out with James now he has a gf," To the post, James re-uploaded the video on his handle, writing, "love you, brother, always."