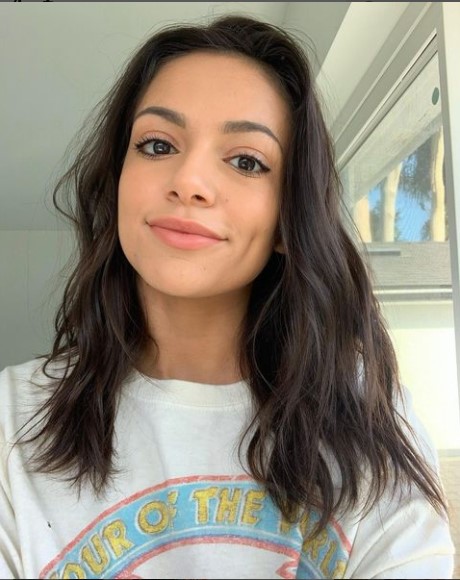 Moreover, Bethany Mota was one of the finalists on Dancing With the Stars. She was even invited as a guest judge on Project Runway.

Born on November 7, 1995, in Merced County, California, U.S., Bethany Mota's age is 26 years. Her full name is Bethany Noel Mota. Bethany was homeschooled for most of her childhood and only attended public school from third to sixth grade. The singer also was enrolled in dancing classes while in the sixth grade.

Mota's first haul video was uploaded in June 2009 on her Youtube channel. Mota revealed that she started creating videos to escape from the stress of bullying. The YouTuber's content was well received by the viewers leading her to gain 9.5 million in October 2015, 6 years after she first started her channel. Interestingly, Mota also interviewed then-President Barack Obama as Whitehouse initiative to reach out to a wider audience following his 2015 State of the Union Address.

What Is Bethany Mota's Age?

The Youtuber is 26 years old currently. This coming November 2022, Bethany will be celebrating her 27th birthday.

The Youtuber is currently in a relationship. Bethany Mota's boyfriend is no other than the Emmy Award-winning choreographer, Dominic Kyle Sandoval who is an American dancer, a YouTube personality, as well as a dance competition judge. Bethany's sweetheart is also known by his nickname D-Trix. The duo met for the first time in 2015 on the reality show called Dancing with the Stars. A year later, Bethany started to date Dtrix.

Although the couple broke up in between, they patched things up and have been going strong to date. Previously, Bethany dated the American actor Ryan Potter who is acclaimed for his role in the Titans series. After dating for 3 years, Ryan and Bethany Mota broke up with each other in 2016. The same year Mota started to date D-Trix and speculations arose about him being the reason for the Youtuber's earlier breakup.

No Bethany Mota hasn't been married yet. There has been no news about the internet celebrity tying the knot privately in the past. However, she's in a hap[y relationship with D-Trix currently, and if things continue to be the same between the duo, wedding bells don't seem too far away!

Although Bethany appears to be quite healthy and fit now, that wasn't the case in 2015. The Youtuber had gained a lot of weight which made her the center of body shaming and harassment. Bethany didn't reveal what made her gain so much weight. However, considering the number of videos the YouTuber had uploaded back then consuming a huge amount of dairy products and titty juice, it could be because of that.

Bethany Mota's net worth is estimated to be around $7M. Her partnership with Aeropostale for a clothing line, accessories, and a fragrance has contributed to her net worth. Likewise, Bethany has also launched a DIY line of school supplies at Target. However, her major source of income remains her Youtube channel.