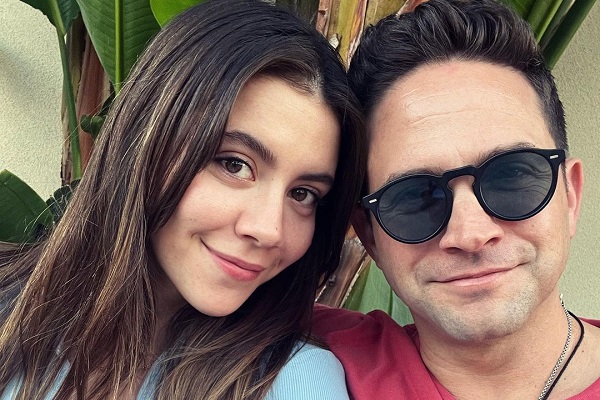 Brandon Barash is a well-known American actor whose name has remained in the showbiz industry since he made his debut in 2003. His first movie was Threat Matrix, where he landed the role of Marine.

Barash got more into media prominence after appearing in the movies such as General Hospital, Timeless, NCIS: Naval Criminal Investigative Service, and Major Crimes. Due to his acting skills, Barash has been able to gain huge fame.

Just like many celebrities, Barash also makes headlines due to his personal life. Recently, the 43 years old actor tied the knot with his fiancée, Isabella Devoto. So, keep reading the article to know everything about his marriage and love life.

Brandon Barash Is Married to Isabella Devoto: Details on Their Wedding

Brandon Barash is now a married man. He lives a blissful life with his fiance-turned-wife, Isabella Devoto. Barash and Devoto walked down the wedding aisle on December 17, 2022. The wedding ceremony was held at the North Ranch Country Club in Thousand Oaks, California. It was a Great Gatsby-inspired ceremony.

As we know, Barash was previously married, and with his ex-wife, he shares a daughter named Harper Rose. Rose was the one who served as the flower girl and a junior bridesmaid. Tori Aronow & Kelsi Barbata of Tessa Lyn Events planned the happy moment.

145 guests attended the wedding. The married couple started the cocktail hour with specialty drinks, including the actor's favorite, a Manhattan, and Devoto's go-to: a negroni. Merlot poached pear salad, chicken with a champagne and mushroom sauce, grilled salmon in a basil beurre blanc sauce and butternut squash ravioli was for dinner.

Before they cut into their 4-tier cake, the duo had their first dance in the song named Born to Love You sung by Ray la Montagne. Moreover, the wedding news was exclusively confirmed by PEOPLE. Furthermore, the couple may go to Spain for their honeymoon.

Well, Brandon Barash and Isabella Devoto have been together for two years. They met when Devoto worked as a teacher at Barash's daughter's school. Also, Barash credits his daughter for having a good relationship with his newly married wife.

When Barash met Devoto, he was a single dad and developed different feelings for her. Shortly, they began dating, and Barash took the first step to take their relationship to the next level. Barash made his relationship debut on December 15, 2020, by sharing a photo with Devoto on Instagram.

And on December 14, 2021, they got engaged. Barash proposed to Devoto in an amazing way which made people love them. He also posted a video on Instagram. During the special moment, Barash's daughter was also present to help him out. Now, they are married, and we may see more updates on their relationship.

Not to mention, Isabella Devoto is pursuing a BSN in nursing science at Santa Monica College. And she is expected to graduate in 2023. Before that, she went to Viewpoint High School in Calabasas and the University of Colorado, Boulder.

Now, let's get to know something about his past marriage.

You May See: Who Is Josh Weinstein’s Ex-Wife Candice Mishler? Here’s More on Their Married Life and Divorce

Who Is Brandon Barash's Ex-Wife?

Brandon Barash was married to Kirsten Storms. Kirsten is a well-known American actress who has had an active presence in this line since 1996. They dated each other for a while before tying the knot in June 2013.

Initially, they kept their marriage secret and opened up in August of the same year. After getting married for five months, they became parents for the first time and welcomed a daughter named Harper Rose in January 2014.

The family of three was living a blissful life but had some issues later. In April 2016, it was announced that they had filed for divorce after nearly three years of marriage. The former couple cited irreconcilable differences and also said the separation was amicable. To keep their relationship healthy, they also decided to co-parent their daughter.