Who was Brendan Looney? Read About His Wife And The Helicopter Crash Story

Brendan Looney is one of the brave American soldiers who sacrificed his life in combat around the world. He was a peace activist who got enlisted in the Navy to serve his country, the United States. He undoubtedly did that for the rest of his life.

The US has deployed massive armies in a number of countries for the purpose of working for world peace. But it is the families of armies that have to pay the price for inhumane wars all over the world. People want to know what happened to the family of this brave soldier.

Who was Brendan Looney?

He used to be a Navy SEAL and a former Naval Academy graduate. He was also declared letter-winner three times in lacrosse at the Naval Academy. Prior to his achievement in lacrosse, he used to be a keen football player. He completed his high school education at DeMatha Catholic High School.

Brendon was assigned with Commander Naval Forces Korea after he graduated from Naval Academy. He was selected as an Honorman of class 265 due to his toughness, hard work, and leadership skills in SEAL training. People who know him described him as a skilled operator, protective brother, and faithful husband.

Brendan Looney was an American military veteran who passed away in a helicopter crash in Afghanistan in 2010. He was born to his father Kevin Looney and his mother Maureen Looney. His parents welcomed him into the family on 24 February 1981.

Brendan Looney passed away from a helicopter crash on the unfortunate day of September 21 in 2010. He was assigned as the Alpha Platoon Assistant Officer in Afghanistan in support of Operation Enduring Freedom. The incident remains fresh in the mind of many American people.

He took his last breath on his 59th mission while conducting combat operations in Zabul province of Afghanistan. Ayatalah village in Kabul witnessed the UH-60 Black Hawk helicopter crash along with the dead bodies. He left the world along with 8 other soldiers.

He left this world at the young age of 29. He was buried at Arlington National Cemetery in Arlington, Arlington County after the unfortunate demise. But he continued to live in the hearts of the people in America who remembered him for his bravery.

The recent takeover of Afghanistan by the Taliban after decades of war has caused this story to surface again. Many soldiers from around the world have lost lives or are injured in the war of Afghanistan.

Meet The Wife Of Brendan Looney

Brendan Looney had married his long-term sweetheart, Amy Hastings. He was with Amy for five years before getting married. He was separated from her just three days after their wedding. He had to do this as he was deployed to accompany his mates in Iraq. 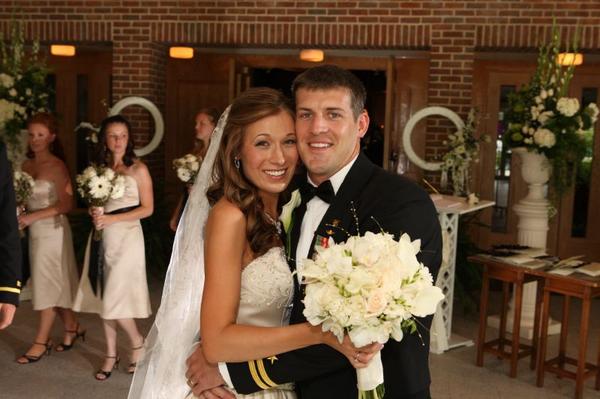 He was later re-deployed in Afghanistan. This deployment resulted in a heart-breaking incident that took him away from his wife forever. Amy had to go through a rough phase in her life after the untimely death of her beloved husband.

Amy is a George Washington University graduate. Brendon and she did not have any children from their marriage. She finally got remarried to a Marine Corps veteran and is a mom of 2 pet dogs.