Is Brittany Furlan Dating or Married? Updates on Her Relationship Timeline 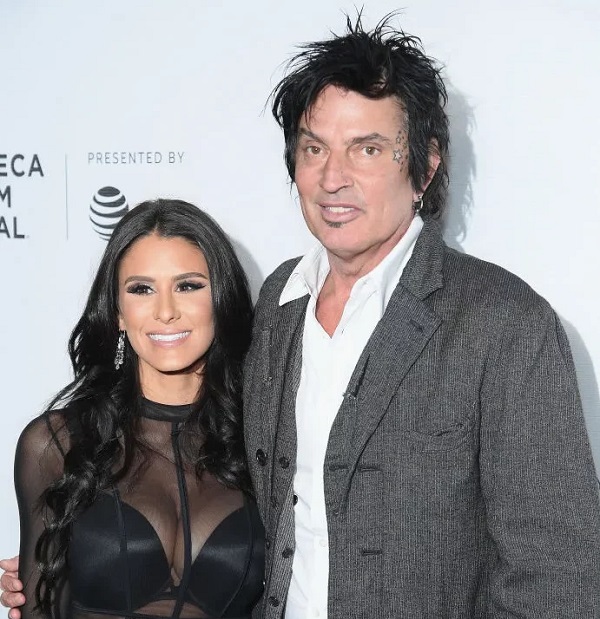 Brittany Furlan is a well-known internet personality, comedian, and actor born on September 5, 1986.

The 35-years-old personality shot to fame after sharing funny comedy sketches on Vine. Besides, Furlan is famous on social media, where she features her lifestyle.

Apart from that, she has also made numerous television appearances, and some of her works can be seen in We Are Your Friends, Wrestling Isn't Wrestling, The American Meme, and Spy Intervention.

The Perkasie, Pennsylvania native got more into the spotlight after her relationship with Mötley Crüe drummer Tommy Lee was confirmed.

Meanwhile, the pair got more recognition after they made their public debut in September 2017. So, in today's writing, we will talk about Furlan's relationship and marriage with her current husband.

Relationship: Who Is Brittany Furlan Married To?

Talking about their relationship, the pair met each other online. Furlan has openly spoken about her relationship with Lee. In an interview, she admitted that they met online, and Lee was one of her followers.

Shortly after knowing each other for some time, they fell for each other, and they started dating. Meanwhile, the pair were spotted in public in June 2017.

Initially, Furlan and Lee didn't talk much about their love life, but after making their public debut in September 2017 at the Streamy Awards in Beverly Hills, they have been sharing images openly on social media.

Their bond was growing stronger daily, and on February 14, 2018, they got engaged. Just after one year, Furlan and Lee exchanged their wedding vows to celebrate valentine's day.

Furthermore, they have also appeared in some shows, including Netflix’s The Dirt premiere in Hollywood.

They are doing pretty good in their life. Despite having an age gap of 24 years, the couple is one of the most admired and loved figures.

Likewise, Lee and Furlan have gone on vacation to different places, including a romantic trip to Cabo San Lucas, Mexico, in January 2018.

Apart from that, both of them were previously linked with other people, and they had some unsuccessful relationships. So, let's take a look at their past affairs.

You May Read: Does Amy Acker Have a Husband? Insights on 9-1-1: Lone Star Actress’ Married Life

Dating History: Take a Look at Furlan’s Past Relationship

Moving onwards, Furlan was previously in a relationship with ex-fiance Randal Kirk. The former pair were not just in a relationship, but they were also engaged. However, their engagement couldn't turn into marriage, as they separated.

The actual cause for their split is unknown, and the date is also missing from the web.

However, it was confirmed on May 19, 2015, that she was single as she took on Facebook to reveal her relationship status.

Since then, Furlan led a solitary life until she met her current husband, Tommy Lee, with whom she is still married.

Apart from that, her husband was also married in the past. Furlan is Lee's fourth wife. From 1984 to 1985, Lee was married to Elaine Starchuk. He was with Heather Locklear from 1986 to 1993.

Lee also wed Pamela Anderson from 1995 to 1998, with whom he also shares two children named Brandon Thomas and Dylan Jagger.

In addition to that, he was also engaged to Greek-German singer Sofia Touf from 2014 to 2017.

But now, Lee cherishes his life with his beloved wife, Furlan, with whom he has been together since 2017. Not to mention, Brittany is an active Instagram user, and we can follow her as @brittanyfurlan.

From her account, she also shares snaps with her partner. Also, Lee has shared some images with Furlan on Instagram.