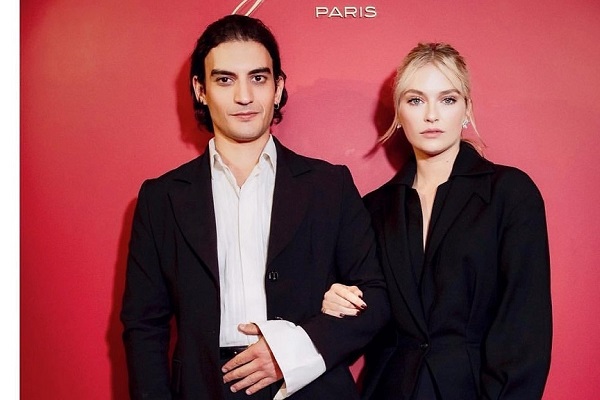 Camille Razat is a prominent actress from France who is famous for appearing as Camille in the Netflix television series named Emily in Paris. Her first acting role came in 2014 when she appeared as Sacha in La derniere viree, released in 2014.

We can see her work in the movies such as The 15:17 to Paris, The Disappearance, and Mastemah. Razat has a separate fan base that has been with her since the beginning of her career. So, they are updated with the actress' love life.

However, many people are unaware of her boyfriend and often ask whether she is dating or single. If you are one of the curious followers of Razat, keep reading this article till the end.

Etienne Baret got into media prominence after getting recognized as the boyfriend of Camille Razat. Apart from that, he has established a name for himself in his own field. By profession, Baret is a photographer. Also, he is Razat's Editorial Photographer. Also, Baret worked at Class Libre Promotion XXXIII.

Besides being a photographer, Baret is also an actor who has appeared in a few television series. We can see his appearance in Anomaly, Red, and Dent Creuse. Currently, he has six credits as an actor, while his acting debut came in the year 2018.

Also, Baret won the best performance award at the International Shorts Film Festival organized in Melbourne, Australia. When the news of his relationship with Camille Razat was confirmed, people got more curious to know about their relationship timeline.

Read More: Who Is Samantha Barbash? Everything About Hustlers’ Cast

Like many couples in the industry, Camille Razat and Etienne Baret are also private regarding their dating life. The pair kept their relationship secret in their initial phase. Finally, on August 21, 2017, their photo was released on Razat's Instagram account.

From that, fans speculated that they may have been in a relationship since then. After four years of that post, it was announced that Razat and Baret got engaged. Razat posted a video on Instagram on December 16, 2021.

In the video, we can see the pair sharing a kiss in front of their friends. Razat captioned the video, "@etiennebaret merci à Mes Ami (e)s extraordinaire, Je Vous Aime!" It was written in French, which in English means blessed and thank you to amazing friends. Since then, they have been together.

Click To See: Who Is Actress Michelle Argyris Husband? Complete Insights on Her Married Life and Relationship

Well, the engaged couple, Camille Razat and Etienne Baret, got engaged in 2021. When their video was released, fans and followers quickly congratulated the couple. People want to know if they are planning to get married.

As of now, both of them have kept their mouth shut and has not talked anything about their wedding plans. They prefer to live privately, but the duo has attended many events together. On June 16, 2018, the engaged duo participated in the 32nd Cabourg Film Festival in Cabourg, France.