Is Captain Lee Rosbach Married? Meet His Wife and Children 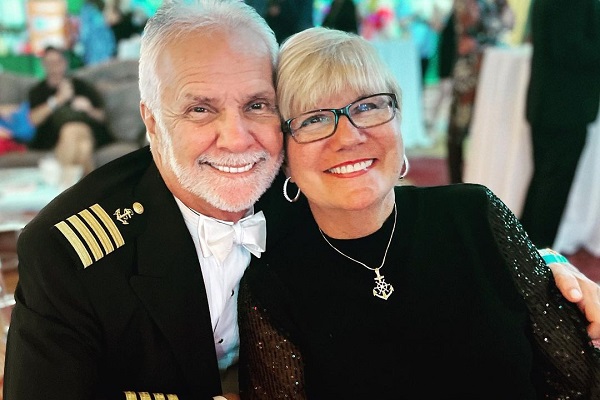 If you are a fan of Below Deck, then it is sure that Captain Harold Lee Rosbach is not a new name. Since the show's primer in 2013, Captain Lee has been in charge of mega-luxurious yachts, including Honor and Valor.

Lee is again in the limelight as he resumes the title of the Captain of the ship St. David in season 10. Furthermore, his personal life is as busy as his professional duties on the luxury yacht vessel.

For your information, Lee is a devoted husband and loving father. If you are eager to know who his wife is, we've got you covered everything in detail.

Captain Lee Rosbach lives a blissful life with his wife, Mary Anne. The married couple has been with each other for a long time, and they are still doing well in their life. They met each other five decades ago through mutual friends. During an episode of the Bravo show, Anne recounted the first time she laid eyes on Captain Lee to the crew members.

They met each other for a night but didn't remember much. However, the couple again met after one month. During that time, the mutual attraction was undeniable. During a confessional for the show, Captain Lee referred to his wife as his best friend. Not to mention, Below Deck viewers were introduced to Anne during season 5 when she visited Valor, wherein she was seen wearing a jacket with an old picture of the couple. Since then, fans have been aware of their love life.

It's been five decades, and they are still married. Captain Lee has shared many posts with his wife on Instagram, which makes it clear that the duo loves spending quality time together. Recently, Lee and his wife went to a place, and Lee shared the moment on Instagram, posting their photo saying, "My bride and I celebrate another end of a wonderful Winterfest season."

Likewise, they were doing well during the COVID-19 pandemic staying together. Lee and Anne celebrated their 45th wedding anniversary during a nationwide lockdown. They also shared a video of them clinking glasses captioning the video, "45 and counting, no one I'd rather be with than my best friend."

You May Read: Is Captain Sandy Married to Leah Shafer? Details on Her Husband & Sexuality

Lee Rosbach and Mary Anne Are Parents of Five Children

Captain Lee Rosbach and his wife, Mary Anne, are parents of five children, four sons and a daughter. Following in their father's footsteps, two of his sons worked in the yachting industry.

Meanwhile, Lee and his wife faced a tragic moment in their life when they lost their son Josh. Josh passed away at the age of 42 in 2019 following an opioid overdose. It was a tragic loss for the couple, but they are learning to cope with the tragedy.

It is reported that their son had been battling opioid addiction for over twenty years. But for six months, Josh was clean, doing a job, and had a car. Later, Lee went to his son's Fort Lauderdale home in Florida on July 22, 2019, and found Josh dead on the couch. Lee had thought that his son was just asleep, but upon hugging him, he realized he was cold to the touch.

The medical examiner told the Rosbach family that Josh had regressed on prescription opioids that happened to be adulterated with five different substances, including cocaine, heroin, and fentanyl.

Since his son's passing, Captain Lee Rosbach has talked openly about it with the media. Many people are sharing their messages on social media to support Captain Lee.

On the first anniversary of Joshua's passing, Lee paid tribute to him by getting a beautiful tattoo of his son's face. The tattoo was across his heart, where his son belongs. Not only that, but Lee also changed Anne's wedding ring to have a heart that reads Josh.