Who Is Carlacia Grant? The Personal Life Of The Star Of 'Outer Banks: Season 2'. 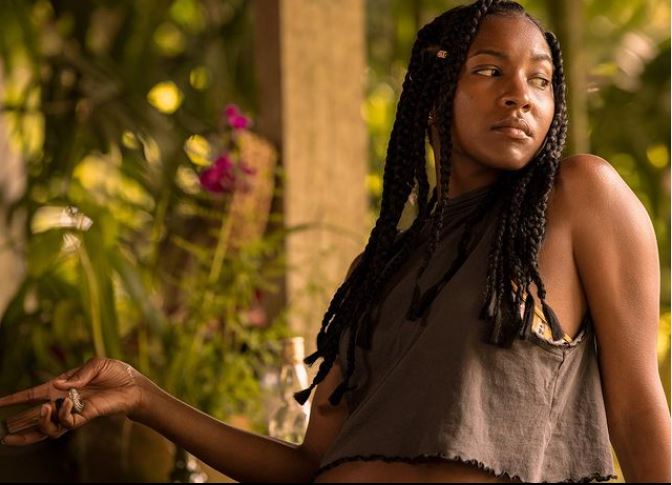 Carlacia Grant is an actress who got major recognition for being the cast member of the famous series Outerbanks 2. From the end of July 2021, Grant will be portraying her role as Cleo in the Outerbanks, besides other actors Madison Bailey, Chase Stokes, Madelyn Cline, Rudy Pankow, and Jonathan Daviss.

Similarly, Grant is ready to give all her effort to convince the audience from her acting in Outer Banks 2. Even she believes that the role of "Cleo" is perfect for her. Plus, on getting the chance to show her acting skills, Carlacia said;

“I knew that I could pull off the accent very, very well. I sent the tape, and I watched it and I just kept watching. I was like, ‘This is good.’

Though Grant came in the limelight from her new project, Outer Banks, she has been a part of Hollywood for many years.

Besides, the young and smart actress, Carlacia, is a former pageant winner. So, there is no doubt about her bright modeling career. Also, she was once a theatre actor. Now, to know everything about her, including family, and net worth, keeps reading the article below.

Some Quick Facts About Carlacia Grant

You might be amazed to hear that the casting directors of Outer Banks nearly missed out on Carlacia. The story heads back to when the Grant sent her auditioned tape to the respective directors.

However, Carlacia didn't hear from them for several months. Then, finally but, her agent succeeded in convincing the crew members that she was the perfect fit for the role of Cleo in the second season of Outer Banks.

Then, Carlacia got approval from the casting members of the show. Soon, she flew to the South Carolina. Similarly, Carlacia met her other cast members virtually via the Zoom. But, she left no stone unturned in matching up the synergy with all those casts.

Talking about her role in the second season of Outer Banks, she features Cleo, who became an orphan at the age of ten. And Cleo is an employee of the ship, who is designated to rescue Sarah and John B.

Besides trying to meet up the role in the series, Carlacia is also having fun. She is enjoying diving in the sea in the Bahamas. Also, the actress showed her skills by waggling a knife. And, Grant will have more memorable moments and laugh in the set in the upcoming shoot for sure.

Carlacia Early Career As A Model - Photoshoot, And Magazines

At the age of 13, Carlacia competed in the Miss Junior Teen Miami Division. And she won the beauty pageants by defeating almost 200 participants. Her won was her first step in modeling.

Then, Grant got many other opportunities like photoshoots and more. She has been the face for Viola, Le Chic Countre, Pulitizer, and others. 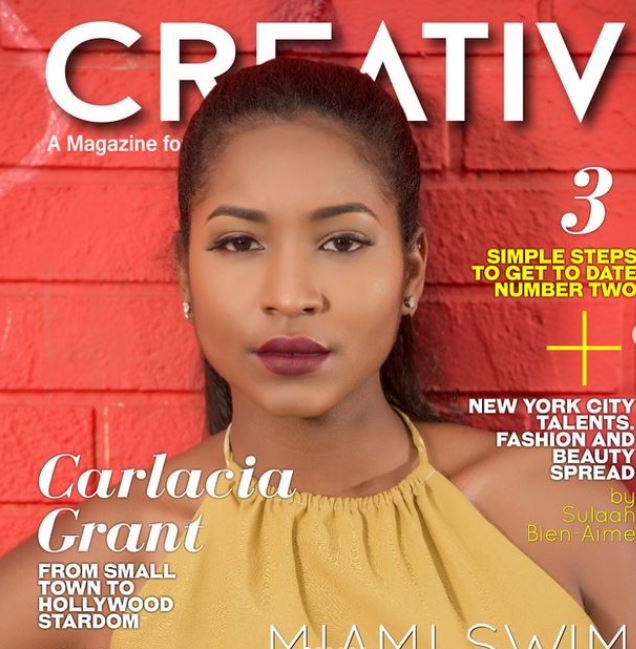 Plus, Carlacis has done the commercial for the several companies like Direct TV, Pet Supermarket, Old Jamaican Ginger Beer, and more.

After starting her career as a model, Carlacia set her foot in the acting industry. Initially, she was a theatre actor. And she has even played the lead in the Robert Louis Stevenson Play called Treasure Island.

Next, in 2016, Carlacia debuted on-screen by starring as Irene in the miniseries Roots. As many people loved her in the show, she got numerous films and Tv series. And all her filmography is listed below;

Likewise, we might get to see Carlacia in different shows and films very soon, as she has a great future ahead.

How Rich Is Carlacia Grant? Net Worth And Income

Carlacia makes huge money from her profession as an actress and a model. Also, she receives a good sum of the amount from advertisements.

As of mid-2021, Carlacia has a net worth between $1 Million - $3 Million. Within time, her accurate fortune will be uncovered.

You May Like - Take A Brief Look On Lana Rhoades's Personal Life - Know Her Net Worth, Early Life, And More

Who Is Carlacia Grant Boyfriend? Info On Her Dating Life

After her breakthrough role in the Outer Banks, fans have been dying to know about her love life. But, she has kept it secretive to date.

Plus, Carlacia has not shared any posts with her beau (if any) on her social media as of now. So, the rising star is single.

Carlacia was born on 18th January 1991 at Yale-New Haven Hospital in Connecticut. As of now, she is 30 years old. And she secures Capricorn as her zodiac sign.

She is a daughter to her father, Karl Senior, and mother, Carline Grant. Karl is an entrepreneur. Except for this, not much is known about her parents.

Carlacia was raised in Florida from the age of eight, along with her one unidentified sister.

You May Be Interested - The Collection Of Best 20 Viral TikTok Songs Of 2021 So Far- From Erica Bank's Buss It To Lady Gaga's Love Game.

Which School Did Carlacia Grant Go To? Info On Her Educational Background

Carlacia has not spoken about her schooling yet. But, most probably, she might have attended one of the schools in Florida.

Besides, sources say that Carlacia has a double bachelor's degree in Theatre and Communications.

Carlacia is 5 feet and 5 inches (1.65 meters) tall. And she has dusky skin and black hair, which makes her look more beautiful. Also, her eyes are brown.

Carlacis's father is Jamaican, and her mother is Haitian, so she has mixed ethnicity.