Who Is Celesta Deastis? Bio And Net Worth Of The Girlfriend Of Calum Worthy 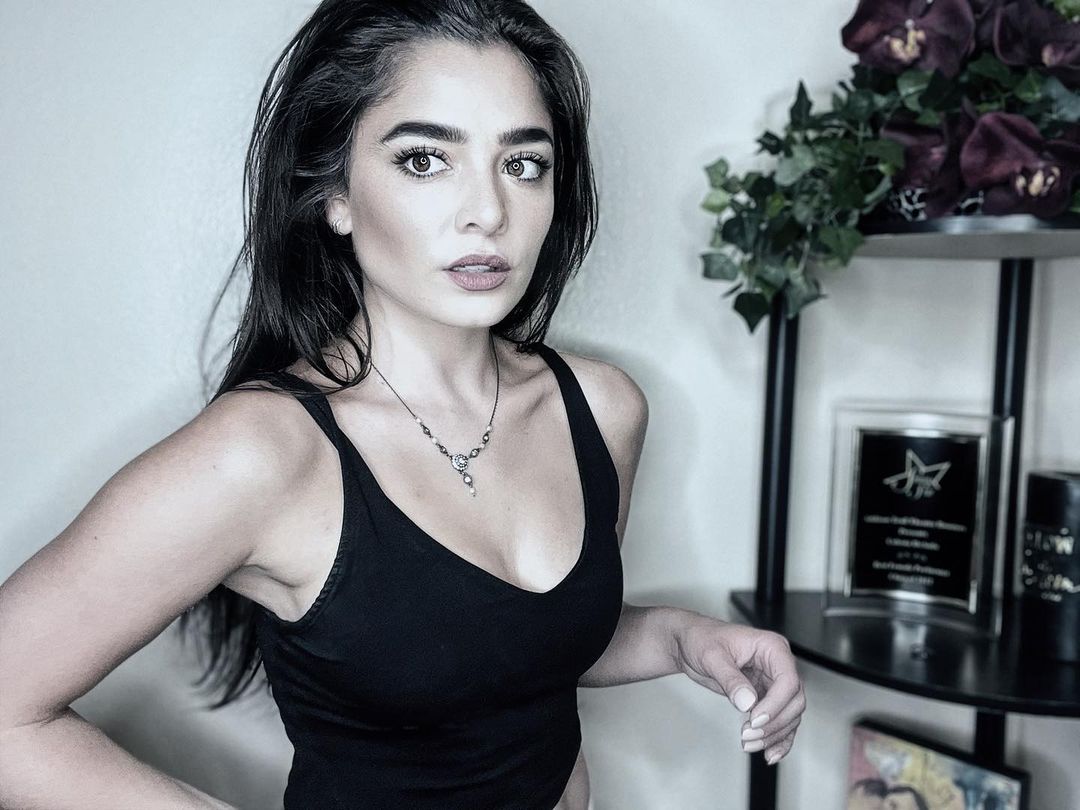 Celesta Deastis is a renowned Disney actress. She is also the girlfriend of the Hollywood actor Calum Worthy. The Disney star is head over heels for Celesta. He often professes his love for her via his Instagram posts. Celesta also doesn't shy away from making their relationship public.

Fans have been dying to know about the woman who stole the heart of this star. They want to find out everything about her given the massive popularity of the actor and the actress herself.

Celesta Deastis was born in Chicago, Illinois on 15 March 1994. She completed her education at the Second City in Chicago. She was also a part of the girl scout and worked at the Vacation Bible Camp as a camp counselor. She loved to do horseriding and was a competitive rider growing up.

She is also best known for being a television actress. Like her boyfriend, she is a Disney star as well. She is often referred to for her character as McKenna on Disney Channel’s A.N.T. Family. Many remember her as ABC Family’s Melissa. She is also known for the 2014 movie How to Get Away with Murder and the 2016 Break-Up Nightmare.

Celesta is active on Instagram with 42k followers on her profile. Her Twitter handle has a total of 4516 followers. Her zodiac sign is Pisces. The actress lost her best friend, the musician Chris Trousdale in 2020. She often posts reminiscing him. In fact, this best friend was the one who introduced her to Calum.

There has been no information about Celesta's past relationships. So we can assume that Calum might be her first serious relationship.

You May Also Like: Is Nadia Bjorlin Pregnant Again? Meet The Husband Of The Actress

Who is Celesta Deastis's Boyfriend?

Celesta has been together with Calum since 2015.  The couple seems to enjoy their time together to the fullest even after being together for six years. The two are often spotted watching movies and going out to eat together. Moreover, the two had a date in Disney World, which was shared by Celesta through Twitter.

On the occasion of their sixth anniversary, celesta wrote:

I don’t mean to brag but I’ve gotten @calumworthy to date me for 6 years now. One of my personalities must’ve worked. We love you, babe!

Calum once bought his girlfriend the cutest and potentially the largest teddy bear ever. Celesta then tweeted an image with the teddy bear obsessing over it and making a playful comment that he has been replaced.

She left the actor the cutest birthday message on his Instagram for his birthday. She conveyed the love she had for him quoting the author of The Chaos of Stars, Kiersten White.

The actress has also uploaded the picture of the couple's visit to the Wizarding World of Harry Potter at Universal Studios Hollywood on their second anniversary. She reportedly calls the actor "Wesley". The fans are waiting for the adorable couple to get married soon.

How much is the net worth of Celesta Deastis and Calum Worthy?

The actress herself is worth almost $200 thousand. This is the money she has made through her career as an actress. The figure is based on the fact that the normal pay for an American TV Actress or Actor is around $50,235 every year. Her boyfriend Calum's net worth is estimated at around $1 million.

Celesta is one of the accomplished entertainers. She is also the fascination for numerous brands that approach her with worthwhile support arrangements, ads, and notices. Some sources claim that she can get $210.75  to $351.25 per supported post on her Instagram.

Who is Calum Worthy?

Calum Worthy was born in Victoria, British Columbia on 28 January 1991 to his father David Worthy and mother Sandra Webster Worthy. He and his parents later moved and started residing in Los Angeles, California.

He has been appearing in Holywood movies for a while. The 30 years old star is best known for his main role in Austin & Ally. The actor has appeared in countless TV shows including the Netflix series American Vandal, Hulu series The Act, and The Coppertop Flop Show. He has won two Young Artist Awards and the Leading Actor Award at the 2010 Leo Awards.

Celesta stands 5 feet and 1 inch tall and weighs 48 kg. The body measurement of the 27 years old actress is not known yet. She has got dark brown hair and eyes with beautiful features. She is a petite and attractive woman.