Christine Woods' Weight Gain Questioned As Pregnant: Is She Expecting a Baby? 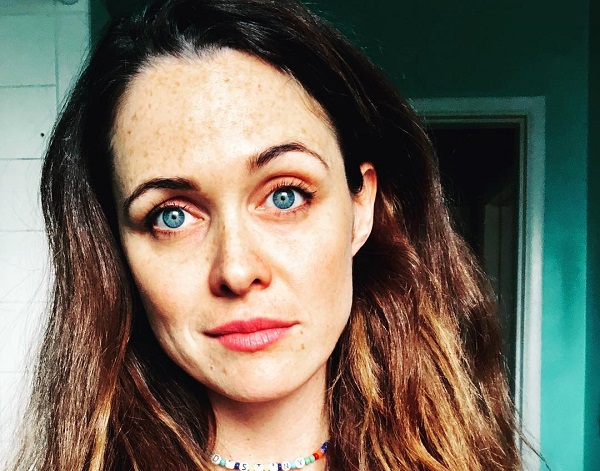 The American actress Christine Woods is famous for appearing in the HBO series called Hello Ladies. Formerly, the actress had a role in the ABC series called FlashForward as FBI Special Agent Janis Hawk.

Christine recently came under pregnancy speculation after her weight gain. Let's find out if the rumor about Woods being pregnant is true or not.

Who Is Christine Woods?

Born on September 3, 1983, in Lake Forest, California, U.S., Christine Woods is 38 years old. The actress will be turning 39 this coming September 2022. Her ethnicity is mixed.

Her full name is Christine Elizabeth Woods. Not much is known about her early life and her parents. The actress attended the University of Arizona, where she studied musical theater.

In 2010, Woods was seen in the half-hour romantic comedy called Perfect Couples. However, the series did not get renewed for a second season.

In 2014, Christine appeared in three episodes in season 5 of the series The Walking Dead. In the series, the actress portrayed police officer Dawn Lerner.

Is Christine Woods Pregnant With a Baby?

Fans are curious to know if the Grace and Frankie star is pregnant with another baby again. After Christine's appearance on the latest episode of Grace and Frankie, fans immediately noticed the actress's weight gain.

This rose to speculations about Christine's pregnancy. However, the actress is not pregnant again. Christine's weight gain could be because of postpartum. The actress had recently given birth to her baby.

Christine Woods's weight gain could be explained by her recent pregnancy. It's a common phenomenon for mothers to gain weight after giving birth.

It's been said that women retain an average of 11.8 pounds after birth which means that they could weigh 12 pounds more than when they were pregnant.

Besides, the actress even thanked her cast and crew of Grace and Frankie for treating her "delicate and fragile, busted, bleeding, milk leaking postpartum self" with great care.

The actress further added that she would never forget the generosity that the cast and crew showed her during her hard time.

Christine Woods Is the Mother of a Baby

It's almost been a year since Christine gave birth to her first child with her husband. In 2020, the actress posted less content on her social media pages which has led people to be suspicious.

In 2021, the actress finally revealed that she was pregnant by referring to her son as her valentine.

The actress posted a picture of her belly bump on her IG with the caption, "Can't wait to welcome our sweet little Boy."

Christine Wood's fans were quick to shower in congratulatory messages to the actress and wished her good health and happiness.

The actress is yet to get married. However, her fiance's name is Jonathan Sadoff.

Almost three years back, on September 3, 2019, Christine got engaged to her boyfriend, Jonathan Sadoff. She announced the news of their engagement on her IG post to her fans and followers.

The couple started dating in 2018. Presently, they have a kid together.

Considering their great chemistry and relationship, it seems like wedding bells aren't far away!

So, Woods may give some updates about her getting married in the future via her Instagram handle, where we can follow her under the username @trickybear.