Did Model Cindy Kimberly Get A Nose Job? Also Explore Her Wiki And Relationship 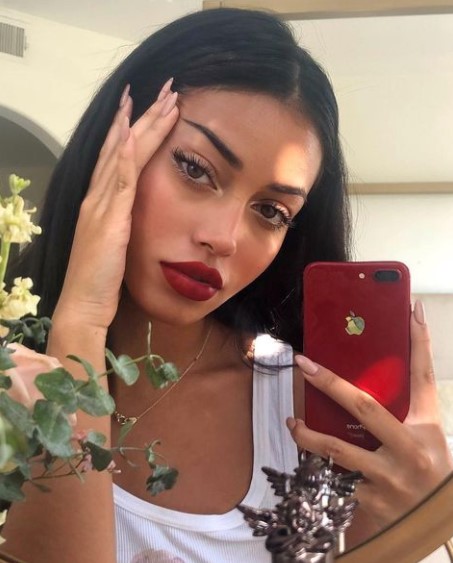 The beautiful Dutch social media personality, model, YouTuber, content creator, Instagrammer, and entrepreneur Cindy Kimberly is quite the sensation today. Known by her IG name wolfiecindy, she has garnered over 6.9M followers on the platform alone!

With her cosmopolitan features, drop-dead gorgeous appearance, and amazing talent, it's no wonder that Cindy took the industry by storm.

Cindy experienced the fairy-tale success when Justin Bieber posted her photo in his feed with the caption “OMG who is this!!” in 2015. That post from the megastar Justin was all it took for Cindy to become famous overnight, while simultaneously getting scouted by brands and fashion deals.

Don't miss What Happened to Vanderpump Rules’ Lala Kent And Randall Emmett? Explore Her Wiki, Age, And Net Worth

Born on November 16, 1988, Cindy Kimberly is 33 years old. Cindy's full name is Cindy Kimberly Rubira Adsuar and her height is 5 feet and 7 inches. She was born to an Indonesian father and a Spanish mother. Cindy's mother split with her father when she was 3 years old.

Not much is known about Cindy's father. She was brought up by her single mother and they shifted at a very young age from New Amsterdam to Costa Blanca, Spain. Cindy attended Maria Ibars secondary school in Denia.

Due to their financial condition, Kimberly used to work as a babysitter in Spain, earning £2.90 an hour before becoming famous. Cindy's success story comes with Justin Bieber posting on his Instagram profile Cindy's picture with a caption "OMG, who is she?".

Justin Bieber's post created a stir on the internet and soon enough, his fans found out about Kimberly's IG account. At the time, the model was only 17 years old. A week later after Justin Bieber made a post about her on his IG, Cindy did her runway debut at Madrid Fashion Week.

To date, Cindy has posed for UNO Models, done photoshoots for El Estilo,Very.co.uk, Vogue, Harper's Bazaar, and The Hip Tee to name a few. Moreover, Cindy is also a brand ambassador for Very.co.uk. In 2018 Cindy featured as the cover model in the July/August edition of GQ magazine in Spain.

trying to perceive my outfit ðŸ˜¤

Are Cindy Kimberly and Neels Still Together?

After 2 years of being together, Cindy and Neels decided to go their separate ways. Their fans were disclosed about their breakup and the duo even unfollowed each other on their social media. Further, they even deleted all their pictures together.

A post shared by Cindy and Neels Visser â¤ (@cindyandvisser)

Did Cindy Have A Nose Job?

The model has been alleged to have a rhinoplasty. The contrast between the nose in her older pictures vs to her present is fairly visible. Rhinoplasty is quite common among people who wish to change the look of their nose,  altering its size, shape, or even impression as a whole.

Cindy Kimberly's nose job seems to have changed the skin and cartilage of her nose which has provided a more sharp look to her face as a whole. However, we do not know how much Cindy spent on her nose job but the general procedure ranges between $5000-$13,000.

Like all other famous people, Cindy also has gone live multiple times on her IG to interact with her fans. For all of those who have missed Cindy's Instagram Live or for those who wish to see it again, you can check out this website here. The model started to go live in 2019.

What Is Cindy Kimberly's Net Worth?

The popular social media influencer has got a pretty good net worth considering her success as a model and content creator. Cindy's net worth is estimated to be around $3M to USD 4M.

Cindy is associated with Uno Models which seems to pay her quite well. Cindy also travels frequently to Madrid, Paris, and London for photo shoots, advertising campaigns, and fashion shows.

She works for reputed and well-known fashion brands and also starred in the video MAMACITA by Tyga, YG, Santana.