Who Is Cody Orlove Dating in 2022? More on His Girlfriend & Harassment 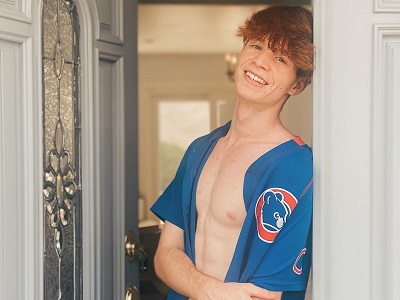 Cody Orlove is a famous social media personality and TikTok star who is widely known for sharing interesting content on his self-titled TikTok account. Orlove has gained massive fan followings on both his TikTok and Instagram accounts.

At the time of this post, Orlove has amassed more than 1.8 million followers on Instagram. Before being famous on these platforms, he was famous on YouNow. Apart from that, he is also a singer and released his debut EP named My Reality in 2019.

In addition to his online career, Orlove often makes headlines on the internet regarding his dating life, and he had some affairs in the past. But his present relationship status has left his fans curious. Keep reading to learn everything about his dating life and more.

Starting with his present love life, Cody Orlove is currently in a relationship with his girlfriend named, Tess Krauser, a famous content creator. According to Sportskeeda, Orlove began dating his girlfriend in 2021.

However, the lovebirds stay a low-key life and have not talked much about their personal matters in the media. It is reported that they met each other online. Meanwhile, Krauser has often appeared in the videos of Orlove.

So, we can say that Orlove is living a happy life with his stunning girlfriend, Tess Krauser. Apart from that, Orlove was previously in a relationship with another social media star, Zoe LaVerne.

Cody Orlove has some bitter memories of his past relationship. He previously dated Zoe Laverne, a TikTok sensation known for her lip-sync, dance, and comedy videos.

Orlove and his then-girlfriend, Laverne, began dating in 2017 after meeting each other on TikTok. When they met each other, they shared their Snapchat handles and also exchanged phone numbers to communicate as Laverne was in Indiana.

After some time, Orlove went to Indiana to meet Laverne. Later, they made many videos and also shared them on social media. And in early 2020, the pair made headlines on the internet when they uploaded a video in which they got married.

However, the video was made for content, and they were just married for 14 hours. Despite all the happy moments, Orlove and Laverne were not able to continue their relationship and thought of parting away.

Learn More: Safaree To Take Legal Action After Sex Tape With Kimbella Gets Public! How Did the Video Leak?

Cody Orlove's Breakup With His Ex-Girlfriend

After being together for some years, Cody Orlove and his ex-girlfriend, Zoe Laverne, breakup. According to the Net Line, Laverne had cheated on Orlove. So, due to that reason, they thought of breaking up.

Orlove went on Instagram live to talk about the situation, which later got viral on social media. During that IG live, he admitted that Laverne was giving people his address and phone number. Not only that, but Orlove revealed that one of Laverne's supporters named, Emma Throne was harassing him and his family.

In the same way, Orlove made other accusations about harassment. But some people on social media speculated the harassment accusation might be fake. Despite all these, Orlove has moved on and is now happy with his girlfriend.