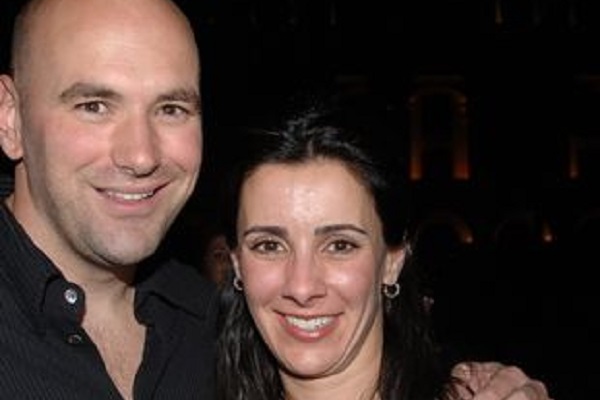 UFC president Dana White is currently making headlines on the internet after his recent incident on new year's eve with his wife, Anne White. The White couple was involved in an altercation in a crowded Cabo San Lucas nightclub. They were celebrating Saturday night with friends in El Squid Roe.

When Dana bent over to say something to his wife, she slapped him across the face. In reply, Dana also slapped his wife. After that, the moment heated, and people available there jumped in and pulled them apart. Later, it was reported that Dana and his wife, Anne were heavily intoxicated.

The clip went viral on social media, and both of them later apologized. While talking to TMZ, Dana says he is embarrassed, and the couple also apologized to each other. Also, he said that the duo had discussed their fight with their three kids. With that being said, people are now eager to know about their married life.

Anne White is the loving wife of UFC president Dana White, who has been married for nearly 30 years. Anne was born Anne Louise Stella on January 16, 1969, in the United States of America. Anne was raised by her loving parents, but the details regarding her family background remain unknown.

Anne just came into the spotlight after marrying Dana White. Anne and her husband share six month of age gap. Dana was born on July 28, 1969. Both of them are 53 years now. Furthermore, Anne is not active on social media as she keeps her distance from the media. Anne reportedly went to Hermon High School and later graduated.

Also See: How Much Is John Odom Net Worth? ‘Street Outlaws’ Star Is a Millionaire!

How Did Dana White and Anne White Met? Married and Relationship Timeline in Depth

Dana White and his wife, Anne White, have been together for a long time. They met each other when they were kids. Distractify reported that the White couple first crossed paths in 8th grade. The duo went to the same high school and graduated in 1987.

Later, they didn't go to college, and after graduating, we are unknown what Anne was doing. Dana went to the University of Massachusetts, Boston but didn't complete his programs. Essentially Sports reported that Dana was forced to leave Boston due to unpaid obligations to a notorious gangster Whitey Bulgar.

Later, Dana relocated to Las Vegas, and Anne also joined him in the same place.

The happy moment for Dana White and Anne White finally came in 1996 as they walked down the wedding aisle. Since then, they have been sharing the relationship of a husband and a wife.

Anne and Dana have been with each other at every step of their life. Despite their hard times, both of them have not left each other. Meanwhile, some rumors were circulating on the internet regarding their divorce. However, there is no fact about it.

You May Read: Is Jessie Moses The Wife Of UFC Star Jon Jones? Here Is Everything You Want To Know About Their Relationship

Dana and Anne Are Parents of Three Children

Being married for nearly three decades, Dana White and Anne White have also started a family. The White pair is the proud parents of three children; two sons named Dana III and Aidan and a daughter named Savannah.

The family of five lives happily in Las Vegas, where the UFC president has purchased several mansions. Their first child, Dana III, plays football at the University of San Diego. Another son, Aidan, is an amateur boxer whose career kicked off in 2018. The couple's third child, Savannah, is said to be in her academic years.