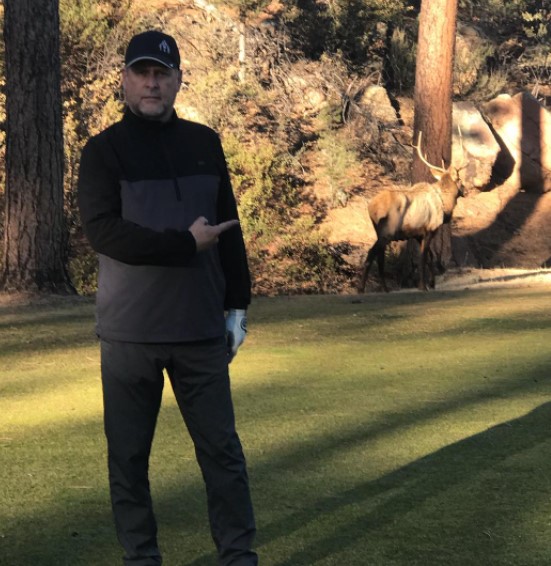 The American actor, stand-up comedian, voice actor, and television host Dave Coulier rose to fame for playing the role of Joey Gladstone on ABC's sitcom Full House. Besides, Full House is broadcast in over 100 countries and is also airing on Hulu.

Dave Coulier has been married to his wife Melissa Bring since 2014.

Later, the actor studied BA in English at Macomb Community College from 1978 to 1979. Coulier was even a contributing editor to the school newspaper at Macomb. Dave started off with his stand-up comedy in high school by imitating his principal and other staff.

Who Is Dave Coulier Dating? Know His Girlfriend

Dave Coulier isn't dating anyone at the moment. He is happily married to his wife Melissa Bring. Melissa Bring is a photographer and a producer. The actor first met Melissa in 2005 at a bar in Montana. While talking with his friends, Dave accidentally tripped Bring but Instead of getting angry, Melissa joined his group and the duo immediately hit it off.

Finally, a few years later, Dave and Melissa started to date. Prior to dating Melissa, Dave was in a relationship with Alanis Morissette. However, they broke up shortly before Alanis recorded her album titled Jagged Little Pill.

Dave and Melissa were best friends before they even started to date each other. It took the actor almost 9 years to finally propose to Melissa and in 2014, the duo announced their engagement to the public. On July 2, 2014, Coulier and Bring exchanged vows at O'Hair Ranch Lodge in Paradise Valley, Montana. Many of Dave's Full House co-stars were among the guests to attend the ceremony.

Despite being married for almost a decade, the couple does not have a child of their own.

The American actor has been married two times in his life. Dave's first wife was Jayne Modean, a fellow actress and model. Dave's ex-wife started her career as a fashion model in the late 1970s and also made it to the cover of Seventeen magazine three times.

In 1983, Jayne appeared in over a dozen episodes of "Trauma Center." Over the years, she managed to land minor roles in T.V. series such as "Another World," "Less Than Zero," and "Werewolf."

The actor was formerly married to Jayne Modean for two years from 1990 to 1992. Dave and Jayne even welcomed their first kid together in the 1990s. However, after their relationship didn't work out, the couple got divorced. A year later in 1993, Dave Coulier started to date Canadian singer Alanis Morissette. The actor dated Alanis for a year before they went their separate ways.

Read about  Who Is Brian Hickerson's Girlfriend? Know About Hickerson And Hayden's Relationship

Almost a decade later, Dave Coulier finally found his soulmate and his best friend in Melissa Bring. In 2014, after 9 years of having known each other, the duo got engaged.

Dave Coulier's net worth is estimated to be around $5M as of 2022. The actor has earned his income through his venture in the entertainment industry.