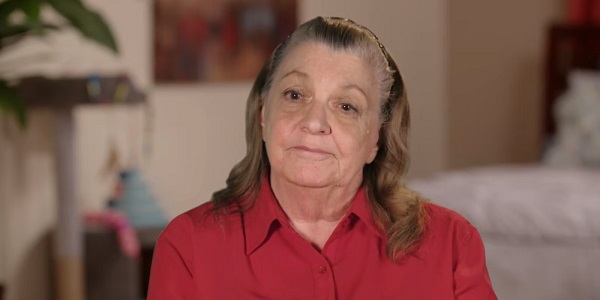 90 Day: The Single Life premiered on September 12 and featured six singles. The reality show has veterans from the previous spin-off of the 90-Day Fiance series. And one of them is none other than Debbie Johnson, who was featured in season 2 of The Single Life series.

Johnson first appeared on the show with her son Colt Johnson in season 6 of 90 Day Fiance: Happily Ever After? The show aired from late 2018 to early 2019. Apart from being known for her own appearance in the show, she is also famous as the mother of Colt Johnson, a reality show star who became an instant celebrity after joining the TLC series named 90 Day Fiancé.

After the recent episode of 90 Day: The Single Life, Debbie is making headlines on the internet as fans were surprised by her new look. It appears she has lost some weight. Not only that, the rumors of her dating a boyfriend have left everyone curious. So, scroll down to learn everything.

90 Day: The Single Life cast, Debbie Johnson wowed fans with her weight loss and glam makeover. She also updated her fans on her weight loss journey via her Instagram handle. After the recent episode of the show, viewers were surprised by her dramatic weight loss.

She looked nearly unrecognizable in The Single Life season 2 promos, and viewers love how confident Johnson is after her makeover. Apart from her weight loss, her new look, which included new hair, a tattoo, and a wrinkle-free face, also became the talk of the town.

Previously, she took a selfie proudly flaunting her slimmer body. Not only that, but Johnson also pulled off a sassy pose wearing a green sweater. Johnson shared the photo on Instagram, saying, "The new me. Looking better, feeling great."

So, fans were happy to see her, and they also supported her weight loss journey as the reality celeb showed off her slim figure. However, it is not known how much she lost weight, but the changes can be easily figured out by seeing her images. Just like her weight loss, another topic of her having a boyfriend has left people confused.

You May Like: Is 90 Day Fiancé Yvette Arellano Still Together With Mohamed? Explore Her Wiki, Job & Life Before Mohamed

Is Debbie Johnson Dating a Boyfriend?

Currently, there are no details of Debbie Johnson dating a boyfriend. So, it can be said that Johnson is single at the age of 69 and is not dating anyone. According to a report given by Sportskeeda, Johnson has been single since 2008, ever since her husband, Harley, passed away.

Together with Harley, Johnson was for 27 years after they first met in a bar. Johnson also shares a son named Colt with her late husband. Sadly, Harley died of a heart attack. Since then, she has been single, but recently the rumors of her having a boyfriend are circulating on the internet.

When a fan suggested that Johnson should find a boyfriend, the 90 Day Fiance alum appeared to contemplate the idea and said that she is actually working on it. From this, it becomes clear that she might be interested in having a boyfriend.

Moreover, if there are any changes in her dating life, the reality star will surely update her fans via her Instagram account, where we can follow Johnson under the username @savagedebbiej. Debbie's account is already verified, and more than 114k people have followed her on the respective platform.