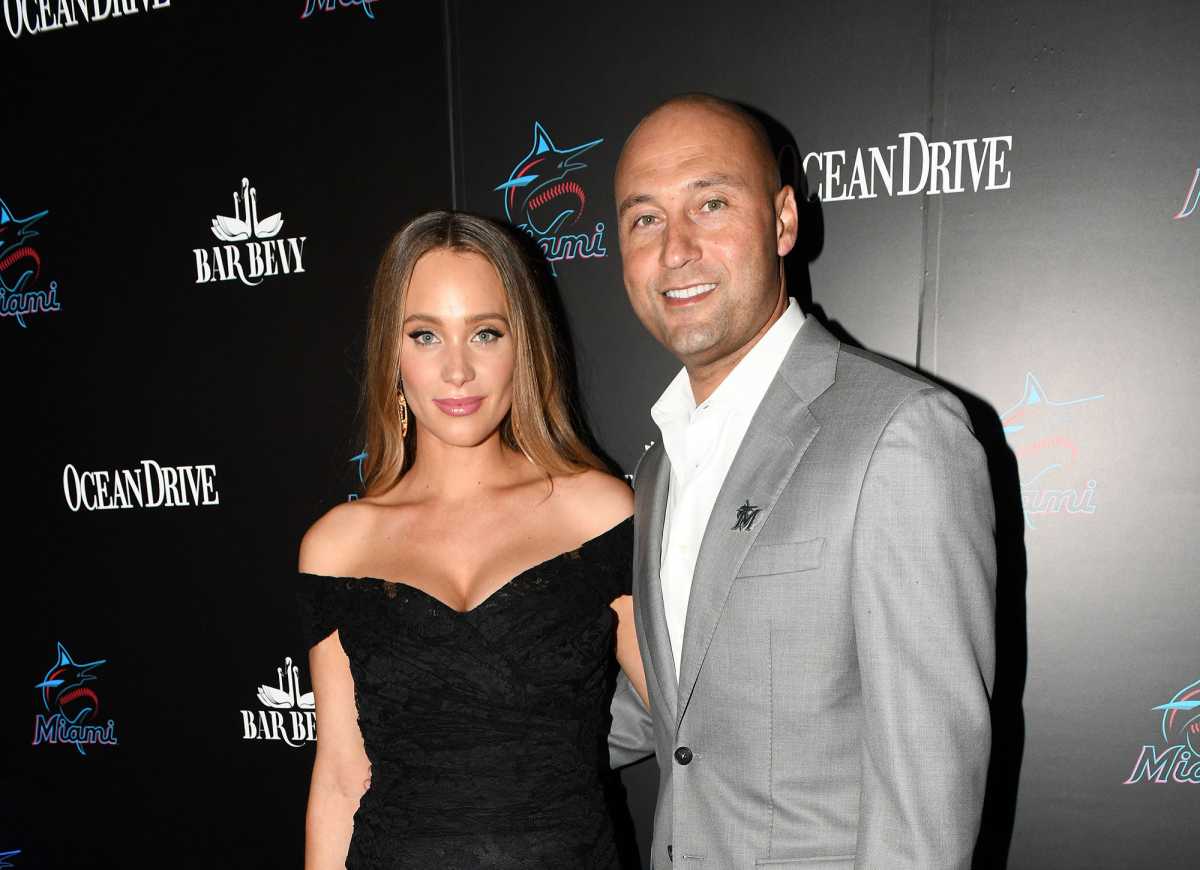 Derek Jeter is an American former professional baseball shortstop as well as a businessman. Hannah on the other hand is a well-known television host. She is best recognized for her appearances in the Sports Illustrated Swimsuit Issue. Derek had already become the father of two beautiful kids with his wife Hannah Jeter.

The Jeter couple has recently confirmed that they have welcomed their third child. The news of Hannah expecting a baby was never made public. The arrival of their third child took the fans by surprise. The couple is busy with their newest bundle of joy.

Fans have been sending the couple congratulations on their newborn baby. They are also waiting to see the picture of the third child of the Jeter family. 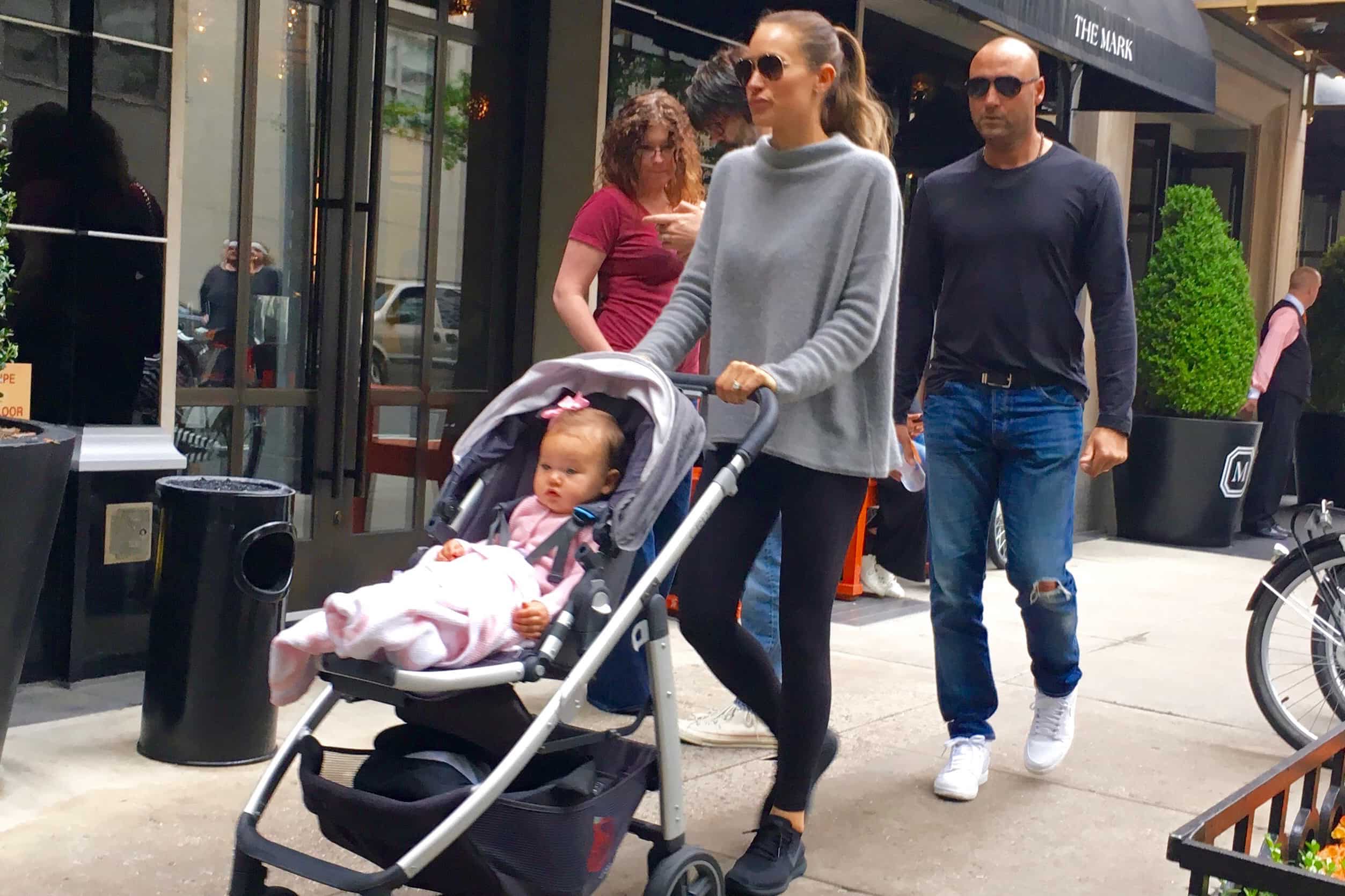 Derek Jeter and his wife Hannah Jeter welcomed their third daughter to their family on 2nd December 2021. They had not mentioned the pregnancy to the fans before the surprising revelation. Hannah had also managed to hide the baby bump from her body.

They have decided to name their baby girl River Rose Jeter. The Players Tribune founded by the former Yankees shortstop in 2014 announced her arrival. Their site wrote:

Both the newborn and the mother are healthy. The Jeter family is obviously overjoyed at the news. They have not shared the happy news officially over their social media platforms yet. Fans are desperately waiting to see a glimpse of their baby.

River Rose Jeter has two older sisters as well. She joins her elder sisters Bella Raine and Story Grey in the family. Bella was born in August of the year 2017 whereas Story was born in January 2019. The oldest one is 4 years old and the middle one is almost 3 years old as of now.

Derek Jeter has mentioned how much he loves being a father to his daughters. He had gushed about the joy of fatherhood in a 2019 interview shortly after the birth of his second daughter. He felt blessed to see them grow a little every single day.

My girls are the absolute best

He sure is loving the newest addition to the family. The couple is raising their children in Miami. Reports suggest that they want to bring up their children away from the limelight. But media seems to catch a glimpse of the children on different occasions every once in a while. They were spotted in the crowd a year ago by the media. 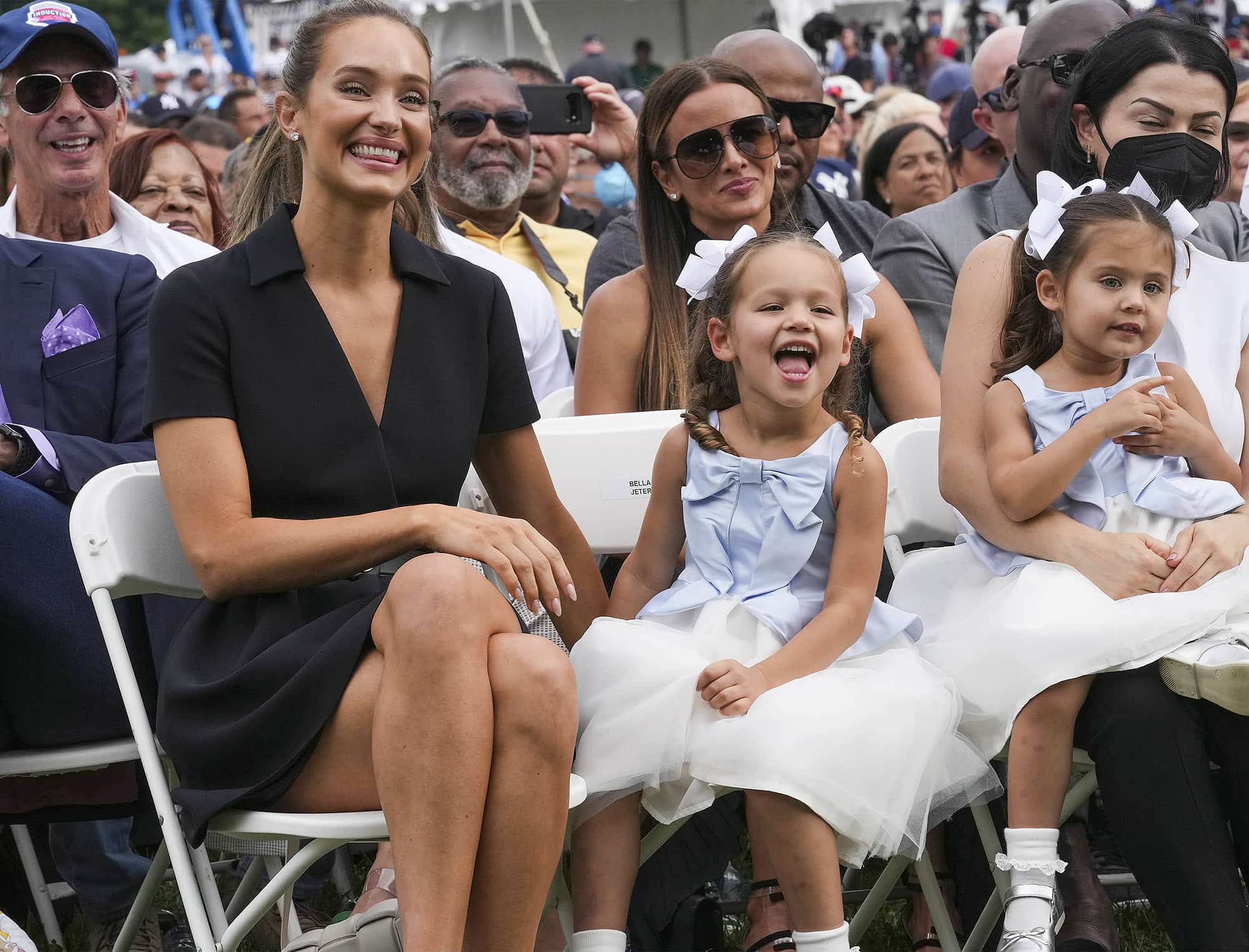 The Jeter family had made their rare public appearances to watch the Yankees Legend be inducted into the Baseball Hall of Fame. The children were seen in matching blue bow dresses, along with white bows in their hair as well. The girls were clapping along with their mother.

Derek Jeter and Hannah Jeter got engaged in November 2015. They tied the knot on 9 July of the year 2016. Hannah was 26 years old and Derek was 42 years old at the time of their marriage. Their age gap was openly discussed and heavily criticized by the fans.

Derek absolutely adores his wife. In his speech during the Basketball Hall of fame, he has given his tribute to his wife for being loving and supportive. He has admitted that he is loving the journey of building a family together with her.

Derek Jeter was born on 26 July 1974 in Pequannock Township located in New Jersey. He is the son of his mother Dorothy and his father Sanderson Charles Jeter. His mother worked as an accountant whereas his father was a substance abuse counselor.

His father hails of African-American ancestry while his mother comes of English, German, and Irish descent. His father was also into baseball during his youth. He played baseball at Fisk University located in Tennessee. Derek also has a younger sister named Sharlee.

Hannah Jeter was born in the year 1990 to her parents Deborah and Conn Davis. She was brought up in Saint Thomas located in US Virgin Islands along with her two siblings. She loved her hometown for its great weather. Her maiden name was Hannah Davis.

She used to play tennis from the tender age of eight years. Hannah was a champion on the Caribbean National team and she played on the Caribbean Tennis Circuit. What fans might not know is that she is the niece of the sportscaster Glenn Davis.

She loves her private, personal life more than anything at the moment. But she updates her fans using her social media account from time to time. She has a total of 614k followers on her Instagram.
Hannah Jeter Derek Jeter