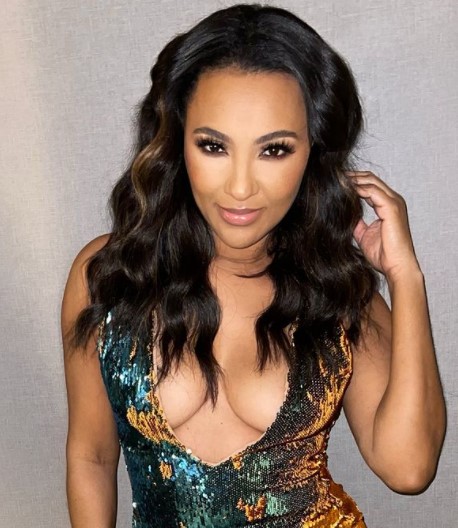 Tara Wallace is an actress, a reality tv star, and etiquette coach. She is best known for her appearance in the reality show called Love & Hip Hop: New York broadcast on VH1.

Taranasha Channel Wallace or Tara Wallace was born on September 20, 1976, in Jayess, Mississippi, U.S.A. Her zodiac sign is a Virgo. Actress Tara's age is 46 years as of 2022. Her ethnicity is African-American. She holds American nationality.

Not much information is known regarding her parents' names and their jobs. However, Tara has a brother named Jackie Wallace.

For her education, Tara enrolled at Jackson State University and graduated with a degree in Dramatic Art. Then she joined Actors Studio Drama School in New York and received a Master of Fine Arts degree.

Tara Wallace was in a relationship with professional rapper Peter Gunz, since 2000. When the duo appeared together as the cast of Love and Hip-Hop: New York in season 4, they had already been in a relationship for over 13 years.

Yet, despite being in a relationship for more than a decade, the duo wasn't married. However, they did have two kids; Jamison Pankey and Kaz Pankey.

Jamison was welcomed into the world by his parents Tara and Peter on October 14, 2008. 4 years later, their second son Kaz was born on January 6, 2012. After Peter married Amina Buddafly behind Tara's back, the duo broke up but had an on-and-off relationship.

Eventually, while Peter was still married to Amina, Tara's third pregnancy took the media world by storm. Then in 2016, she gave birth to their third son Gunner Ethan Pankey.

In season four of Love & Hip Hop: New York, Tara was cast as a member alongside her then-boyfriend Peter Gunz. During the season, a scandalous revelation of Peter's secret marriage to Amina Buddafly was made. This created a furious and violent stir between the two women.

The dramatic storyline between the trio unfolds till season 6 when both these women are pregnant at the same time with Peter's child. On February 13, 2016, Tara and Peter's third son, Gunner Ethan Pankey, was born.

Tara appeared as a supporting cast member in season seven. In season eight of the series, she is featured in an uncredited cameo where she's seen attending Rich's diabetes awareness event.

Is Tara Wallace Dating Someone New?

According to multiple sources, the reality TV star Tara Wallace is currently single and not dating anyone. She's never been married or engaged to anyone either. Although, she did date Peter Gunz for almost 16 years before officially calling it quits in 2016. Peter Gunz and Tara Wallace share joint custody of their three children.

The popular tv actress is on Instagram as iamtarawallace and has over 1.3M followers. Tara Wallace's IG features her selfies, photoshoots, kids, and updates about her life. Moreover, she also seems to be associated with shop.ithfm whose IG she has linked in her Instagram bio.

Tara Wallace's IG page is also followed by one of the most popular rappers, Cardi B.

Besides, Tara is also on Facebook where she has 735K followers.

Tara Wallace's net worth is estimated to be around $100,000. She began her professional acting career in New York and appeared in considerable Off-Broadway productions. She is even said to be an entrepreneur who manages a restaurant in the Meatpacking District in Manhattan.

For more celebrity information, make sure to check CelebrityShine.