Is This 'YOU' star dating anyone? Find Out Dylan Arnold's Parents, Family, Personal Life, Girlfriend 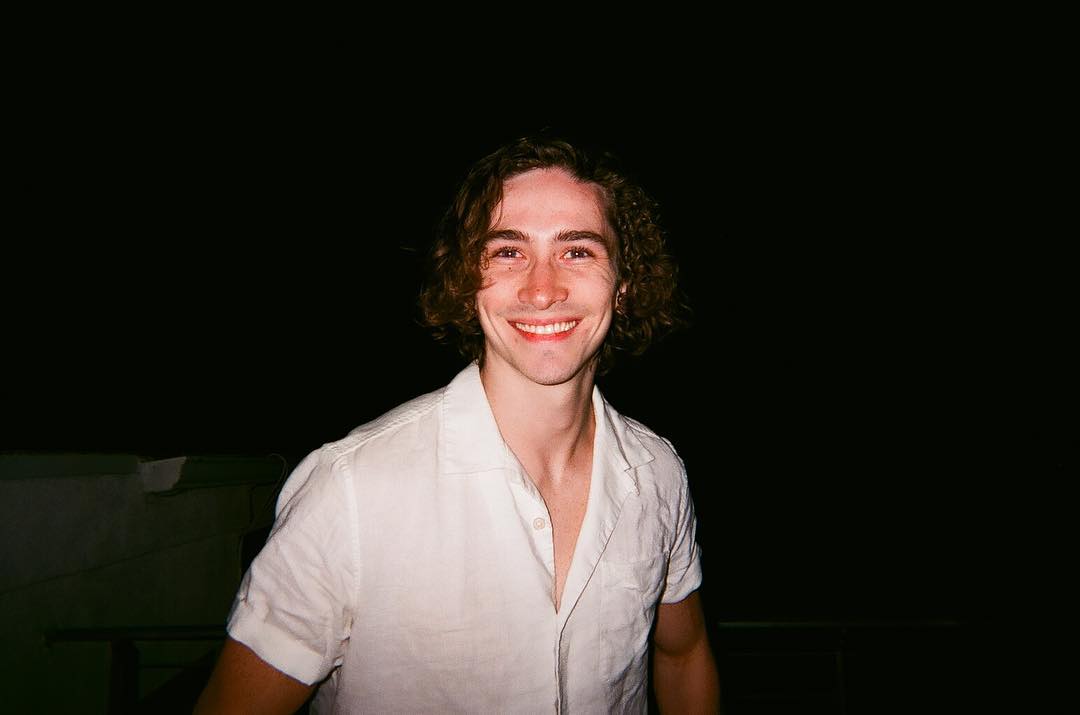 Dylan Arnold is recognized as the troubled youngster Theo by most fans. The name comes from his remarkable performance in the hit Netflix series YOU. The show's increasing popularity has made fans dig deeper inside the personal life of the actor. People do not seem to get enough of him.

Female fans have been crushing on the dashing actor. The most intriguing question they have is whether or not the actor has a girlfriend. Dylan doesn't flaunt his love life over his social media.

The actor is most likely single judging from his social media handles. He supposedly is not dating anyone at the moment. His popularity has led many rumors to form about his dating life. But any information regarding his girlfriend has not been made official.

Is He Gay? His Relationships And Partners

Some fans speculate that the actor might be gay. The speculation comes from his tendency to keep his lips sealed about his relationships. However, there is no truth to this whatsoever. Dylan is straight as per the information he has disclosed.

There has been no information on his past relationships either. The 27 years old star is assumed to never have been in a serious relationship in the past. His casual romantic encounters have no traces in the media.

Dylan prefers to stay out of the spotlight. His portrayal of a hopeless lover in YOU is nothing like his real life. Seems like he is committed to his work only for now.

The Parents And The Family Of The Actor

Dylan was born to his father Steve Arnold and his mother Laurie B. Arnold. His mother Laurie is a renowned author as well as a video game designer. Reportedly, she follows Ashkenazi Judaism. Her book Hello there, I'm coming home! earned her quite fame and success. Dylan himself promoted her book on his Instagram.

Her website reveals that she has designed and written at least 50 interactive computer games.

Laurie is a screenwriter as well. She wrote for the PBS show Dragon Tales. On her website, she has written this linking her children to her work:

For years, my boys thought I was the ‘cool mom’ until they finally outgrew my games and TV shows.

Information concerning the profession of his father has not been revealed yet. Apart from his parents, Dylan also has an older brother named Jordan Arnold in his small family.

You May Also Like: Is Monica Beets Pregnant? Get To Know About The Husband, Baby And Personal Life Of The Star

Dylan was born on 11 February 1994 in Seattle, Washington making him 27 years as of 2021. He grew up with his elder brother in a tight-knit family. The actor graduated from the University of North Carolina School of the arts. The actor has a degree in Bachelors In Fine Arts from there.

Although uncertain, he is supposed to belong to the Caucasian ethnicity. The whereabouts of his ancestors are not known. Dylan seems really close to his big brother. Despite not being very active on Instagram, he has made a few posts showing his love for his brother.

Happy Birthday Bro!! Thanks for putting up with me all these years, and occasionally joining me in my high energy antics. Love you!

He has also made a post dedicated to his super cool mom Laurie.

Dylan's big break was in the form of Noah in the 2019 film After. The film was loosely based on a wildly popular Harry Styles fan-fiction story. He has also reprised his role in the sequel of the film After We Collided.

He bagged the role in Blumhouse's 2018 scary thrill called Halloween. He served as a reboot for the original 1978 film in the role of Cameron Elam. He is also seen in the latest Halloween Movie, Halloween Kills.

The actor has accumulated 105k followers on his Instagram despite his rare posts. The last post he has made is in December 2020.

What Is His Net Worth?

The exact net worth of Dylan has not been revealed yet. From the glimpse of his lifestyle, his net worth is estimated at somewhere between $500k and $1 million. All his earnings come from his acting gigs and endorsements. The number is bound to go up given his popularity and talent.