P-Valley Actress Elarica Johnson Has a Husband? Is She Married or Dating Someone? 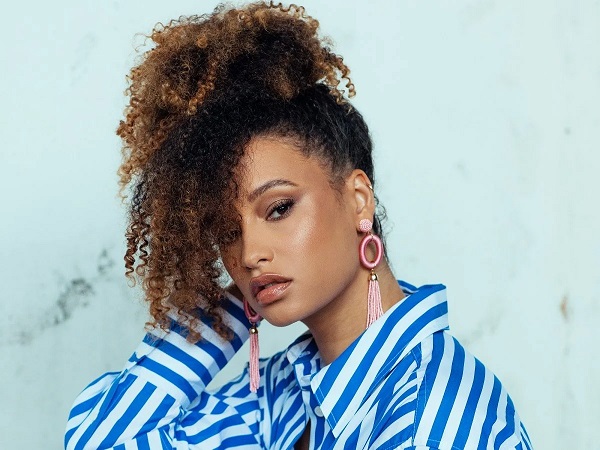 If you have watched Harry Potter and the Half-Blood Prince, then Elarica Johnson is not a new name to you as she appeared as Waitress in the respective movie, which many people loved.

Johnson is a talented actress and model hailing from London, England, UK, who has been working actively in the showbiz industry since making her debut in 2008 by starring as Aylia in Fallout.

Furthermore, Johnson has worked on various projects that have helped her gain massive name and fame. Johnson landed the role of Autumn Night in the tv series P-Valley, but she is making headlines on the internet as she revealed that she is leaving the show.

In addition to that, Johnson often grabs people's eyes regarding her personal life. So, in today's deck, we will talk about her husband and married life.

Elarica Johnson Husband: Is She Married or Dating?

Well, the actress, Elarica Johnson, is not married, and she does not have a husband or a boyfriend. At the moment, there are no records of Johnson dating anyone.

The P-Valley actress is currently at the peak point of her career, and she is more focused on it rather than searching for a life partner. For your information, Johnson also falls in the same category who prefers to keep their personal life away from the media.

Apart from that, Johnson was previously in a relationship with a man. So, let's get to know about her past dating history.

Also: Alfie Allen Have a Girlfriend? A Complete Update on His Relationship & Dating Status

Moving onwards, many online portals claim that Elarica Johnson had multiple affairs in the past, but not much is known about them.

However, one of the most known relationships was with MC Harvey, a talented rapper.

Her relationship with Harvey had grabbed the eyes of many media outlets as it is reported that she interfered with the marriage life of Mc Harvey and his wife, Ghamzeh Mahdizadeh.

Well, Johnson and Harvey began dating back in 2016. During that time, Harvey was proceeding to divorce his wife, Ghamzeh. A report shows that Harvey left his pregnant wife behind to be with Johnson. And after giving birth to a child, Ghamzeh also took on social media to expose her husband.

And now, she is doing pretty well in her life. On the other hand, we are unknown when Johnson and Harvey separated, but they are no longer together. In the same way, Johnson is focused on her career and is also busy making money, but how rich is she?

Elarica Johnson has amassed a massive amount of money from her profession as a model and actress.

Being a model, Johnson has surely worked with various brands that might have helped her increase her fortune.

In 2009, she worked on Harry Potter and the Half-Blood Prince, which was made on a budget of $250 million, and the respective movie's box office collection was $934.5 million.

So, Johnson had given a prominent role in the movie, and her work has surely paid her well. Considering this fact, we can say that Johnson's net worth is not less than a million dollars.

Showbizcorner reports that Johnson enjoys a massive wealth of around $1 million, thanks to her long-term involvement in the film industry.

Furthermore, Johnson is still active in this field and is working on her future project, which will also be a bonus point for the increase in her earnings. In addition to that, Johnson may take home some profit from sponsorship and endorsement deals.