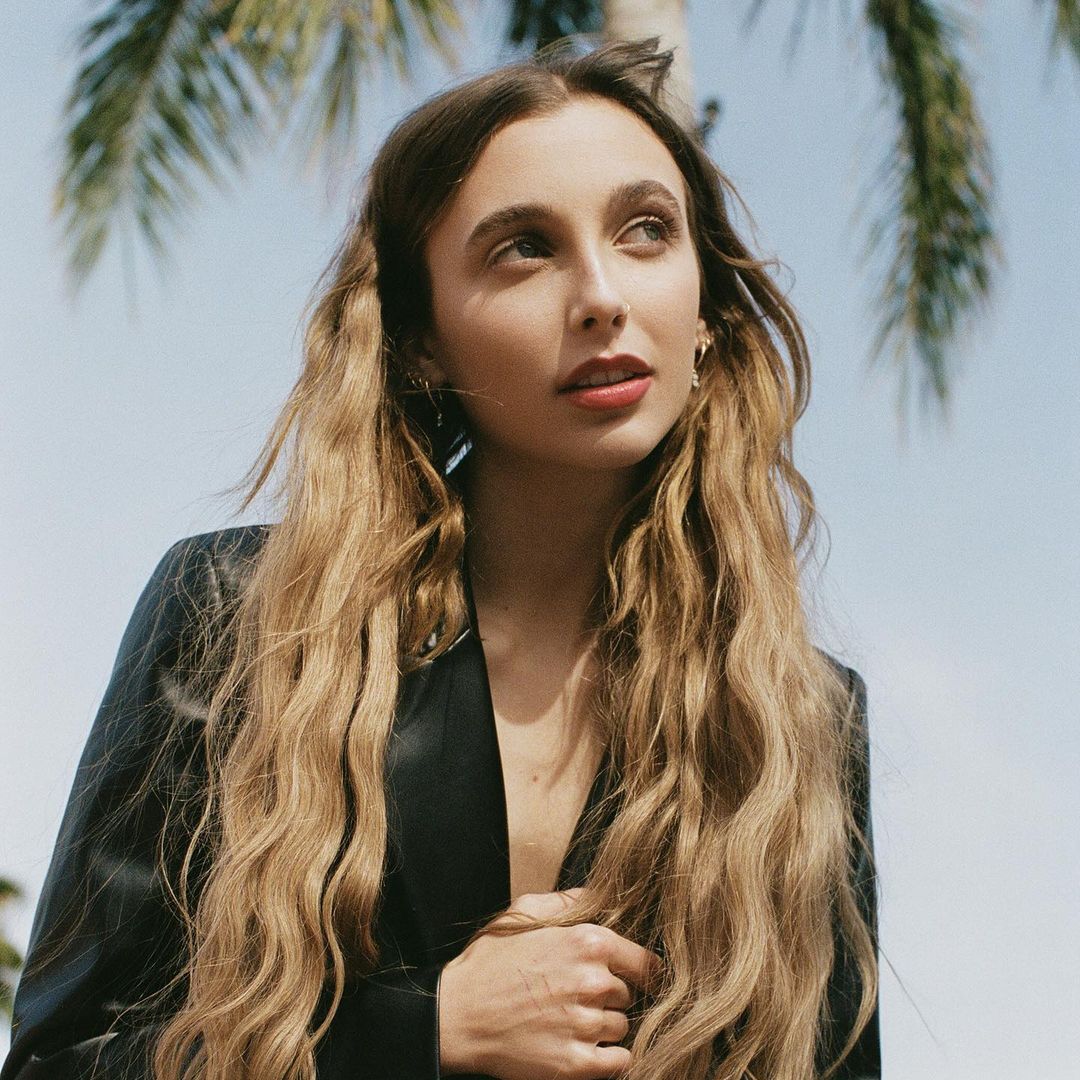 Emma Chamberlain is a rising YouTuber and internet sensation. She ventured into her YouTube journey back in 2017. She has gained a lot of subscribers over years on the platform. She has also been gaining millions of followers on Instagram and other social media.

She has managed to take over the internet within a few years. She had also become a huge name on TikTok. However, people were shocked to hear her decision to get rid of her TikTok account that had millions of followers. She took Instagram to deliver the news to the fans.

She has captioned the post good riddance which features her removing her profile from the app. She has also opened up more about it in one of her podcasts. She has felt a sense of relief after cutting TikTok out of her life. The news has led her personal details to resurface.

Who Is The Internet Sensation Emma Chamberlain?

She was born on 22 May 2001 in San Bruno, California to her mother Sofia and her father Michael. She was brought up in San Mateo County. Her parents split when Emma was five years old. She attended a catholic prep high school growing up.

She loved to run track and cheerleading during her high school days. She dropped out of high school after her junior year after passing the California High School Exit Exam. She has established herself as a successful YouTuber at present.

She has even collaborated with major brands such as Loius Vuitton and Calvin Klein. Emma Chamberlin is a rising internet sensation in this competitive world. She is known for her amazing content on social media platforms including YouTube.

She has even bagged some prestigious awards for her contribution at such a young age. She has won the Teen Choice Award in 2019 for being a female web star. She has also been listed to 100 Next list by TIME in the year 2019.

You May Also Want To Read: Donovan Patton Early Life, Married, Net Worth, And More

Who Is Emma Chamberlin Dating?

Emma prefers to keep her personal life away from the spotlight most of the time. She has recently been rumored to be dating Tucker Pillsbury aka ROLE MODEL. People might remember Tucker as the singer of the song blind. She or her rumored boyfriend have not spoken about their relationship to date.

Tucker and Emma follow each other on Instagram. Tucker even left a flirty comment under one of Emma's Instagram posts. The comment has raised the speculation even more. But fans would not stay still. Some of them investigated the matter even more.

They have noticed that even Emma's parents follow Tucker on Instagram. Fans are convinced that the two have already revealed their relationship in front of their families. She has replied to one of her fans that the commenter doesn't even stand a chance to date her.

While she might have been dropping hints about being in a relationship, she has not revealed the name of the mystery man. Some other rumors say that she is dating Ethan Dolan. This rumor is based on their flirtatious exchange of tweets.

There have been a few men linked to her despite her attempts to keep her personal life to herself. She was linked to Ethan Dolan for a very long time. Some fans still believe that she is with Ethan. She was also romantically linked with Aaron Hull.

She has mentioned someone who cheated on her in one of her podcasts. She also mentioned calling the person to confront him about cheating. People have pointed their fingers towards Ethan in this matter. The fact that he is the alleged cheating partner has made them think that she is in a fresh, new relationship.

Emma had posed a series of pictures on her Instagram earlier this summer. She was seen hanging out with her best friends Olivia Rouyre, Olivia's boyfriend Mike, and Amanda Pavillard. The picture had featured Tucker as well.

Emma was active on most of the social media platforms until recently. Her YouTube channel was the first platform that introduced her to fame. She has a total of 11.1 million subscribers on YouTube. She also posts podcasts along with her other videos.