Everything About Comedian And Podcast Host Erik Griffin's Wiki, Married, Career And Net Worth 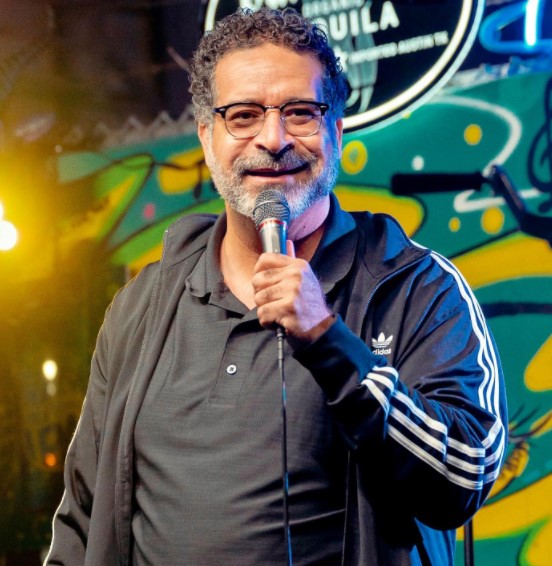 American stand-up comedian, writer, and actor, Erik Griffin is best recognized for depicting the role of Montez Walker on Comedy Central's Workaholics. Erik's comedic genre is an observational comedy with punchlines that is either hard to predict or never came.

Besides, Erik is also known for playing in television series like I'm Dying Up Here, Blunt Talk as well as films like "Mike and Dave Need Wedding Dates".

Born on March 12, 1976, in Los Angeles, California, U.S., Erik Griffin is 45 years old. The actor will be turning 46 this coming March 12. The comedian's nationality is American. His zodiac sign is a Pisces. Erik's ethnicity is mixed. He was brought up by his mother Sandra M. (Beckford) Crough who immigrated from Belize. Erik doesn't have any relation with his father David F. Griffin.

Griffin owes his stand-up career to his mother. After realizing her son's interest in comedy, Sandra enrolled Erik in a stand-up comedy class at UCLA Extension. The course was conducted by the late Sandi C. Shore who was the daughter of The Comedy Store founders Sammy Shore and Mitzi Shore. At the end of her class, Sandi let her students perform at The Comedy Store showcase.

In his 20s, Griffin completed the class and went on to perform many open mics before eventually quitting. Erik mentioned that his resignation came from his poor performance and lack of a mentor. The comedian then started to work in a school as a basketball coach and office work handler.

In 2018, Erik released his podcast dubbed “Riffin With Griffin”. There are a total of 180 podcasts as of February 28, 2022. In the comedian's latest podcast, he talked about NBA, the Tinder Swindler, as well as the transgender swimmer Lia Thomas. Erik's podcast has got a 4.8 rating on Apple.

The comedian Erik is engaged to his longtime girlfriend Rachel Sklar. Rachel is a runway model signed to Wilhelmina Models. She is also a home designer and a stylist. Though the start of their relationship is not known, the duo began appearing on each other's social media in 2017. Later in 2018, they confirmed their relationship as well. In 2020 during the pandemic, Erik and Rachel started living together.

Erik's girlfriend-turned-fiancee announced the news of their engagement on July 6, 2021, through an Instagram post with Rachel flaunting her oval-shaped ring. She captioned the photo "can’t stop smiling".

Weeks later, Erik revealed in an Instagram video that his fiancee made him propose to her every morning. The adorable couple is already planning their wedding as well. In an IG post, Rachel asked her fans for recommendations for her a wedding venue that has an ocean view in LA.

No, the comedian is NOT gay. He is happily in a relationship with his longtime girlfriend turned fiancee Rachel Sklar. Furthermore, the duo is already planning to get married as well.

The comedian is on Instagram with over 139K followers, on Facebook with 8K followers, and Twitter with 61.2K followers. Besides, Erik is also on Tiktok where he has 619 followers. You can also check out his website here.

Erik Griffin's net worth is estimated to be $13M. The comedian has earned his income through the success of his stand-up shows as well as his appearance in various TV series and films.