Who Is Alexia Echevarria Married to Now? Explore Her Personal Life 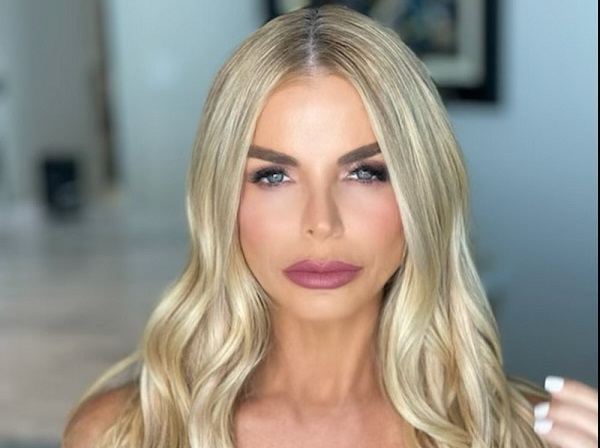 Alexia Echevarria, the Miami-based businesswoman and fashionista, is one of the cast to appear in the hit Bravo series The Real Housewives of Miami(RHOM) in 2011.

Alexia appeared in a total of 88 episodes in the series and is also credited for her guest appearances in 'Random Pop,' 'Watch What Happens Live With Andy Cohen, and more.

The gorgeous RHOM star is also the executive editor of Venue Magazine, a luxury fashion and culture publication that focuses on current sensations and celebrities.

Personal Life: Who Is Alexia Echevarria?

Alexia Echevarria aka Alexia Astrid Figueredo was born on May 3, 1967 in Cuba. Alexia's age is 55 years, and her zodiac is Taurus. Her nationality is Cuban. Not much is known about her parents and siblings.

Talking about her educational background, Echevarria graduated from a high school in Madrid, Spain, before enrolling in the American University in the city. Apart from her personal life, people are also concerned about her married life, which we've discussed below in detail.

To date, Alexia has been married three times. In 1992 she married her first husband, Pedro Lui Rossello, also known as Pegy Rossello.

The pair first met at a restaurant in Miami in 1987. At that time, they didn't familiarize themselves with each other. Then, about a week later, on Friday night, they met again at Club Nu, where Peggy approached her.

Eventually, the couple began dating and got engaged in 1991. In one of Miami's real housewife episodes, Alexia said she didn't know Pegy was a drug dealer before getting engaged.

She further added that Pegy had told her he was looking after his father's business. Later, Pegy was charged with drug trafficking and incarcerated in September 1991. But that wasn't the end for them yet.

Pegy got out of prison for a year on bail and married Alexia.

Also Read: After an Abusive Relationship, Who Is Adriana De Moura Dating Now?

Echevarria and her ex-husband are the parents of two kids. They welcomed their first son Peter in 1992.

He later turned himself in again to complete his five-year sentence, but he was released in 1996 only after serving four years. That's when they welcomed their second son, Frankie. However, in the same year, they divorced and got separated.

In August 2011, their son Frankie met with a life-threatening accident that put him in a coma for three months. Fortunately, he recovered well and is leading a healthy life now.

Later, in 2004, Alexia married Herman Echevarria, a famous businessman who immigrated from Cuba. Alexia has two stepsons from her marriage to Herman; Nelson Echevarria and Herman Echevarria Jr. The duo was married for 15 years before they split. However, they didn't go through a divorce. On September 26, 2016, at the age of 61, Herman was found lifeless at the Kimpton EPIC Hotel in Miami. It was ruled that his cause of death was natural.

Who Is Alexia Echevarria's Present Husband?

After her marriage to Todd, Alexia changed her last name to Nepola from Echevarria, which she got from her previous husband, Herman.

Alexia and Todd wanted to get wedded in early 2021. However, her mother passed away some time before the scheduled date, so she had no choice but to reschedule. Thus, she exchanged vows with Todd several months after her mother's death at the Eden Rock Hotel in St. Barths.

You may also want to read: What Happened to Daddy Dave After The Racing Accident? Also, Explore The 'Street Outlaws' stars' Net Worth.

Alexia Echevarria is an entrepreneur and reality TV personality. After her appearance on the reality tv franchise The Real Housewives of Miami, Alexia shot to fame and was able to establish herself.

She featured in all three seasons of the original series.

Alexia's salary then was reported to be a whopping $55,000 per episode.

This also allowed Alexia to appear in shows like Watch What Happens Live, Random Pop, and American Latin TV. For the fourth season of RHOM, Alexia is to be cast alongside Larsa Pippen, Lisa Hochstein, Guerdy Abraira, and Julia Lemigova.

Besides being a reality star and the executive editor of Venue Magazine, Alexia is also an entrepreneur.

She and her youngest son Frankie are co-owners of a nail salon and waxing center called Alexia + Frankie's beauty bar in Miami.

Following her successful career, the Miami-based businesswoman has lived a luxurious lifestyle. Echevarria's net worth is estimated to be around $3 Million.