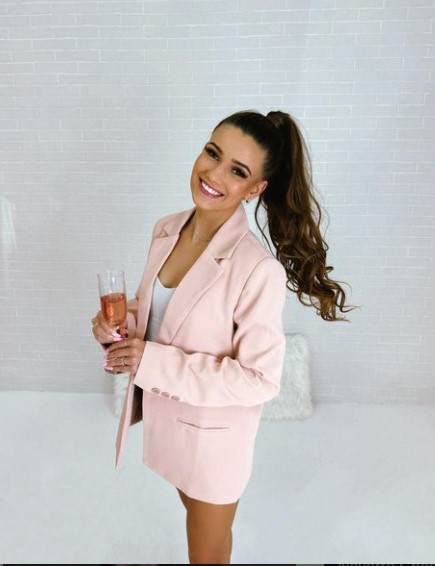 The emerging Actress, Morgan Simianer, gained international recognition for her role in the Emmy award-winning Netflix documentary series called "Cheer". The series is based on the competitive world of cheerleading. It follows the highs and lows of Navarro College's competitive cheer squad as they strive to take the national title home. The documentary got six Emmy nominations as well.

Born in the year 1997 on October 9 in Corsicana, Texas, USA, Morgan Simianer's age is 25 years as of 2022. Her zodiac sign is a Libra and she holds American nationality. The ‘Cheer’ actress Morgan Siminaer's height is 5ft. 1inches(156 cm). She hasn't revealed any information regarding her parents or siblings. However, it's been reported that the actress has a brother. Morgan has kept the details of her family confidential and has not disclosed much.

Morgan didn't have a happy childhood growing up. She attended a school in her hometown. When Morgan was a sophomore in high school, her father got married and started to live with his new wife and her children. This forced Morgan and her brother to live in a trailer. Their mother had left them when they were very little and vanished. After Morgan's brother turned 18, he left the trailer to search for their mother. Morgan was all alone after her brother's departure. 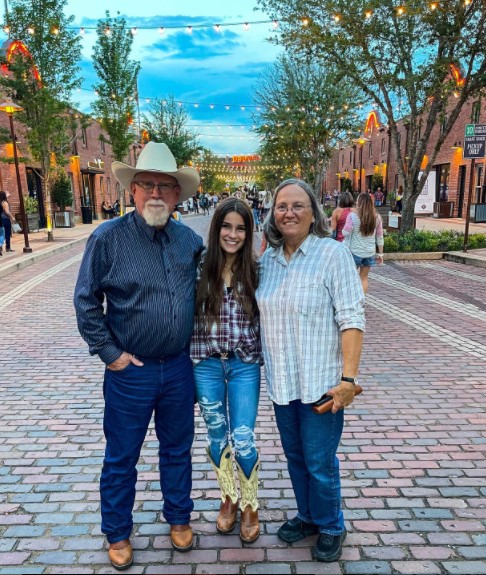 At one point, Morgan felt so lonely and helpless that she was on the verge of taking her own life. Fortunately, her grandparents came to her rescue. As soon as they found out the truth about Morgan's condition, they took her into custody.

Morgan owes it to her grandparents for saving her life. The love and support she got from her grandparents led her to her passion for cheerleading. Eventually, she got to Navarro. Although Morgan lacked experience and technical skills, her determination and willingness to learn gradually helped her become the best in her squad.

God, grant me the serenity
to accept the things I cannot change,
the courage to change the things I can,
and the wisdom to know the difference. â¤ï¸ #fiofmu pic.twitter.com/mmx6eN1kNH — Morgan Simianer âœž (@MorganSimianer) March 18, 2020

Over the course of two years as a member of Navarro's cheerleading squad, Morgan helped her team win two national championships. On January 8, 2020, Netflix premiered “Cheer" with Greg Whiteley in command of the project’s direction.

Season 1 follows Coach Monica Aldama and her cheerleading squad. The series depicts the physical pain, falls, injuries, and toughness that comes with the sport. We witness the incredible strength of the members as they continue to pursue their dream of winning the title. The season features the return of Morgan Simianer for her second and final year as a competitor as she hopes to take home another championship title.

But as season 2 plays, the coronavirus pandemic forces the NCA Collegiate Cheer and Dance Championships to withdraw from the 2020 competition in Daytona Beach, Florida. It premiered in January 2022. By the time season 2 came out, Corsicana's Navarro College cheerleading squad and their coach Monica Aldama had already become reality tv stars.

What Is Morgan Simianer Doing Now?

Morgan Simianer revealed in an interview that she wouldn't be returning to Navarro College for another year as she had exceeded the eligibility limit of three years. After graduation, Morgan began to take classes at Texas A&M which also impacted her decision to not return.

As of now, Morgan is happy and settled in Dallas, Texas, with her boyfriend Stone Burleson. The duo also has an adorable cat named Louis Boo. Morgan also disclosed that currently she’s concentrated on creating her brand and spending quality time amidst family and friends. The star added she's just seeing what life has in store for her.

You May Like: Explore TikTok Star Abbie Herbert's Wiki, Age, Net Worth, And Personal Life

Following her fleeting relationship with Big Brother winner Jackson Michie, Morgan Simianer's dating Stone Burleson as of present. The duo allegedly has been in a relationship for over a year. Not much is known about when Morgan started to date Stone but the pair are living together in Texas now.

Following the success of her NetFlix documentary series, Morgan Simianer's net worth is estimated to be around $1.5M. Moreover, Morgan is also a social media star which has helped add to her net worth. She has collaborated with CVS beauty, Conair, and Scuni as well. The "Cheer" star Morgan's salary is in the NetFlix series is not confirmed but is likely she made a good sum considering the success of the show.

The star is also on social media like Instagram where she boasts an enormous followers count of 1.3M. Likewise, she is also on Twitter with over 28K followers and TikTok with over 882K followers.