Find All About The Ultimatum's Bisexual Star Rae Williams Girlfriend 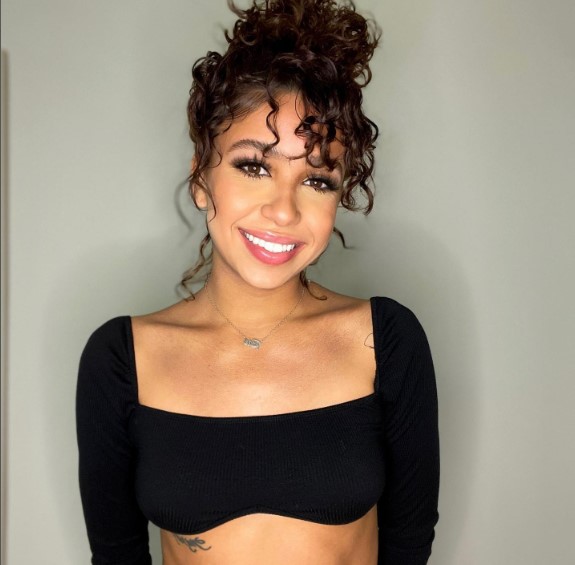 Rae Williams is a cast member in Netflix's new reality dating series called The Ultimatum: Marry or Move On. The actress disclosed on the reunion episode of the dating series that she is bisexual and also had been in a relationship with a woman since appearing on the show.

Born in August 1998, Rae Williams's age is 23 years. Her real name is also Rae Williams. The actress will be turning 24 this coming July 31. Moreover, The Ultimatum star is famous for being a celebrity child. Rae William's parents are Juan Williams and Susan Delise. The actress's nationality is American.

Rae's father Juan Williams is a prominent Fox News Channel journalist and political pundit who has additionally written for several newspapers like The Washington Post, The New York Times, The Wall Street Journal, as well as magazines such as The Atlantic. Rae has two other siblings namely Raffi Williams and Antonio Williams. However, the star is the eldest of her siblings.

What Is Rae Williams's Ethnicity?

The Ultimatum's star is of mixed ethnicity. Her father is a Panamanian-born American while her mother is a caucasian.

Rae Williams On The Ultimatum

The celebrity kid made her official TV debut by being a contestant in season 1 of Netflix's new reality dating series called The Ultimatum: Marry or Move on hosted by Nick and Vanessa Lachey. Williams had entered the show as a cast alongside her then-boyfriend Zay Wilson who she had been dating for almost 3 years.

According to the show's protocols, the partner who is ready for marriage gives the other partner who still has reservations a certain ultimatum during which the duo breaks up and sees other people. Likewise, Rae and Zay broke up for a certain duration and started to date another contestant. Rae went out with Jake Cunningham, who was in a relationship with April Marie.

Viewers saw Jake and Rae move in together for a three-week “trial marriage”. In the finale, both of them broke up with their previous partners. Additionally, Jake even offered Rae to travel anywhere in the world with him. However, the duo didn't date after the show finished. Besides, on the reunion episode, Rae Williams came out as a bisexual.

Is Rae Williams Still Together With Her Girlfriend?

During an IG Q/A done by Rae, fans asked the star to show them her new girlfriend. Williams responded that her girl and she were very private and had decided to take a step back. However, Rae did reveal that they were still very close and hoped to revisit things after the summer. The actress further added that she was single and currently in therapy.

Besides, it also seems that Rae's ex-boyfriend Zay Wilson knew about Rae's bisexuality. The star revealed that she had dated a girl before dating Zay as well and he was very accepting of her identity. Similarly, she also revealed that she had come out to Jake before making the choice to move with him.

The Ultimatum's star revelation about being a bisexual had fans inquiring about her girl on her IG page. After she revealed in a Q/A that she was private about the girl she had been seeing, fans asked her where she got the strength to come out as a Bi. The star replied that seeing people suffer every day because of their identity was the source of strength for her to come out.

The actress is on Instagram with over 179K followers.  She also uses Twitter where she has over a thousand followers.