Find Out Everything About Sportscaster Mike Hill! Is He Still Married To Reality Star Cynthia? 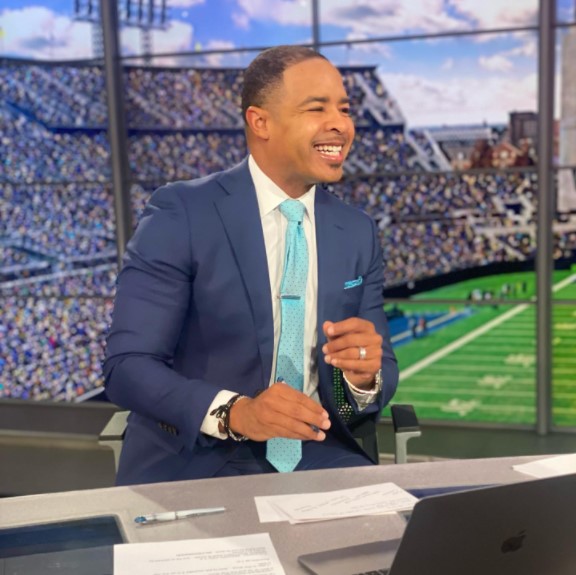 Mike Hill is an American television personality and talk show host currently active on the Black News Channel. Mike is well known as the host and anchor of many shows featured on Fox Soul and Fox Sports. Over the years he has garnered much fame due to his adept reporting of sports events.

Mike has been associated in the sports world since 1995. 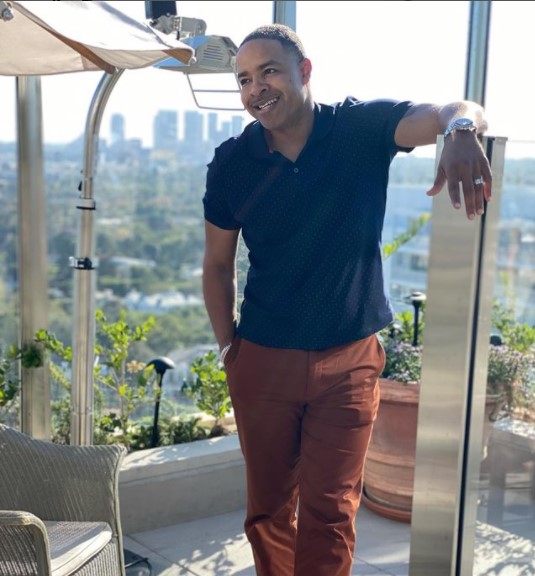 Mike Hill Wiki: Early Life And What He Does For Living

Mike spent his childhood in the Bronx and Bessemer, Alabama, and enlisted in the Air Force Reserve after graduating from high school.

He began his career as Sports Director at WHAGTV in Hagerstown, Maryland in early 1995. Later that year, he got his first job as a KSEETV anchor in Fresno, California. From 1997 to 2000, Hill covered high school football on WKRNTV in Nashville, Tennessee, and won two Emmys. From 2000 to 2002 he was an anchor for Fox Sports Net in New York. In his last job before joining ESPN from 2002 to 2004, he was a sports anchor for KXASTV in Dallas, Texas.

Hill worked for ESPN from 2004 to 2013 where he hosted Hill and Schlereth with Mark Schlereth on ESPN Radio. Additionally, Mike also hosted a variety of shows across the network, including SportsCenter, ESPN First Take, NFL Live, Baseball Tonight, Highlight Express.

Eventually, Mike joined Fox Sports 1 in August 2013, where he hosted as a guest in Fox Sports Live and Fox Football Daily. He also contributes to the college basketball network coverage. On April 7, 2014, Hill started to host America's Pregame until it got cancelled in September 2015.

On June 22, 2018, Hill began hosting BIG3 games for their second season on FS1; the BIG3 contract would be handed over to CBS Sports following that season. Mike also hosted The Mike and Donny Show on Fox Soul from October 2019. 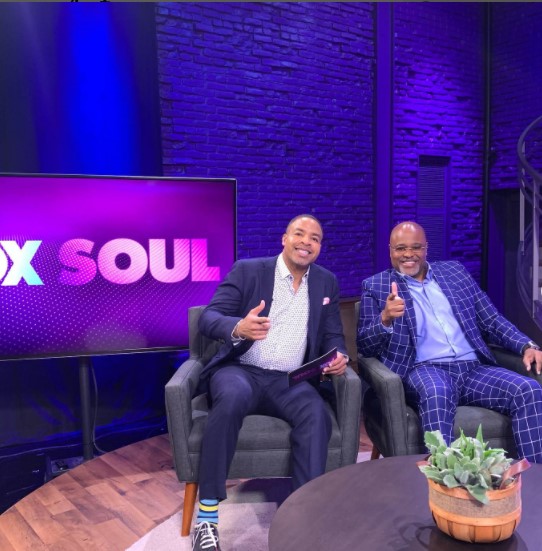 As of March 2021, he co-hosts a morning show on the BNC network called Start Your Day With Sharon and Mike with Sharon Reed.

Mike met Cynthia Bailey on Steve Harvey’s talk show in April 2018. Mike had appeared as one of three potential love matches for Cynthia. Eventually, things went well between the two and they started to go out.

In July 2019, Mike got engaged to former model and Real Housewives of Atlanta star Cynthia Bailey. A year later, on Saturday, October 10th, 2020, Mike got married to his fiancee Cynthia. The duo had a stunning wedding in front of 250 guests on the weekend at the Governors Town Club in Acworth, Georgia.

Mike Hill's wife, Cynthia Denise Bailey, is a popular American model, reality tv personality, and actress. She has appeared in films like Without You I'm Nothing (1990) and For Love or Money (1993). Cynthia has also been on television programs including The Cosby Show.

You may also want to read: Who Is Benny Soliven? Read To Find Out His Age, Net Worth, Girlfriend, And Professional Life

Are Things Okay Between Mike And Cynthia?

In a recent interview with Behind the Velvet Rope podcast, sportscaster Mike Hill revealed that while celebrating their first anniversary, a misunderstanding lead to an argument between Cynthia and him. Mike further added that the incident left him rethinking the longevity of their marriage.

Besides, Hill also recently shot down allegations of infidelity which spread through social media like a wildfire. In 2021, a Twitter account named @Alist_xo had alleged Mike of sending his nudes via Snapchat to the user.

The account further went to upload those alleged pics and videos as proof and denounced Mike for being “easily swayed.” Hill completely denied the claim and revealed he had contacted his lawyers for the character assassination that was caused.

A post shared by The Neighborhood Talk, LLC (@theneighborhoodtalk)

When people cited Cynthia didn't deserve to be treated like this, Hill elucidated that the duo was fine because his wife doesn't believe the woman's tale.

Net Worth And Social Medias

According to MDDailyRecord, Mike's net worth is estimated to be around $15 Million as of 2022. The star has made such a huge sum through his career in popular TV networks as a sports presenter and host. Mike's salary is said to range from an average of $33,774 to $112,519 a year according to Wiki.