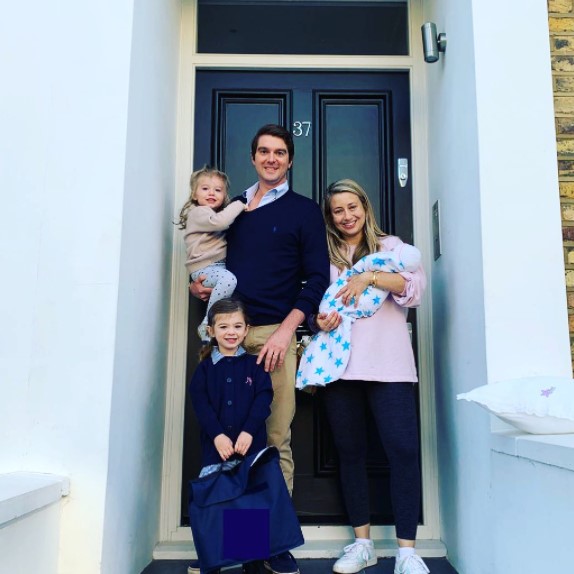 Alicia Meller is the spouse of journalist Benjamin Hall. Benjamin is a journalist and reporter who currently serves as a State Department correspondent for Fox News Channel based in Washington, D.C. Benjamin Hall was recently appointed to report the details of the 2022 Russian invasion of Ukraine happening outside of Kyiv.

During the war covering, Hall got injured on Monday, March 14, 2022, while the circumstances of his injury are yet not known.

Hall's wife Alicia Meller is living in London with the couple's children.

The 39-year-old Benjamin Hall was born on 23 July 1982 in London, England. The journalist was raised in London as a dual citizen having passports of both US and UK. Not much is known about his parents and siblings. Benjamin got his education from the Ampleforth College, City of London School, and Duke University. For his BA degree, the journalist was enrolled at Richmond University located in London.

Benjamin then studied at the University of the Arts, London, where he acquired his postgraduate diploma in television journalism. Over the course of his career as a journalist, Hall has reported for big news agencies like The New York Times, The Times of London, The Sunday Times, The Independent, The BBC, among others.

Hall has traveled to Syria and Iraq frequently to document the battle against ISIS and even smuggled himself into Misrata, Libya to fill dispatches about Muammar Qaddafi’s indiscriminate shelling of the local population.  in 2015, Benjamin published a book named, "Inside ISIS, The Brutal Rise of a Terrorist Army".

Alicia Meller is the wife of Benjamin Hall. The Fox correspondent's wife Alicia is an Australian businesswoman in charge of the international development of a shoe brand called Senso. Senso is an Australian fashion brand that was founded by Alicia's parents in 1979. Alicia is assumed to be aged between 35 to 39 years old. Not much is known about Alicia's upbringing.

Alicia Meller married Benajmin on July 4, 2015, in a catholic church in Chelsea, London. The couple has been married for almost 7 years now. Over the course of their marriage, Alicia and Benjamin have given birth to three beautiful daughters. At present, Benjamin's wife and daughters are living in London. However, they often relocate between US and UK.

The Fox correspondent was reporting on Russia's invasion of Ukraine and also anchoring primetime special hours from Kyiv and Lviv, Ukraine. However, on the course of his duty, the journalist was injured and hospitalized according to the Fox network. Although the exact details of his injury are not known, it's been alleged that Benjamin was shot while newsgathering.

Fox News Media CEO Suzanne Scott released a statement saying that they only had minimal details regarding the situation. She further stated that Ben had been hospitalized and that Fox's teams were on the ground working to gather additional information.

Read About  Explore Nina Dobrev And Shaun White's Wiki, Relationship And Net Worth

Although reports about Benjamin's hospitalization have widely circulated in the media, details about his condition aren't clear. The Ceo of Fox News Media said that they would provide additional information when the network learns more about Benjamin's condition. She also urged to keep Ben in prayers.

What Is Benjamin Hall's Salary And Net Worth?

As per some reports, Benajmin Hall's net worth is said to be $2M. However, his monthly wage is not yet revealed. But considering the journalist's successful career and his flawless reporting, we assume it to be quite high.

Benjamin Hall's wife Alicia is estimated to have a net worth of $800,000 which the entrepreneur has earned through her enterprise.