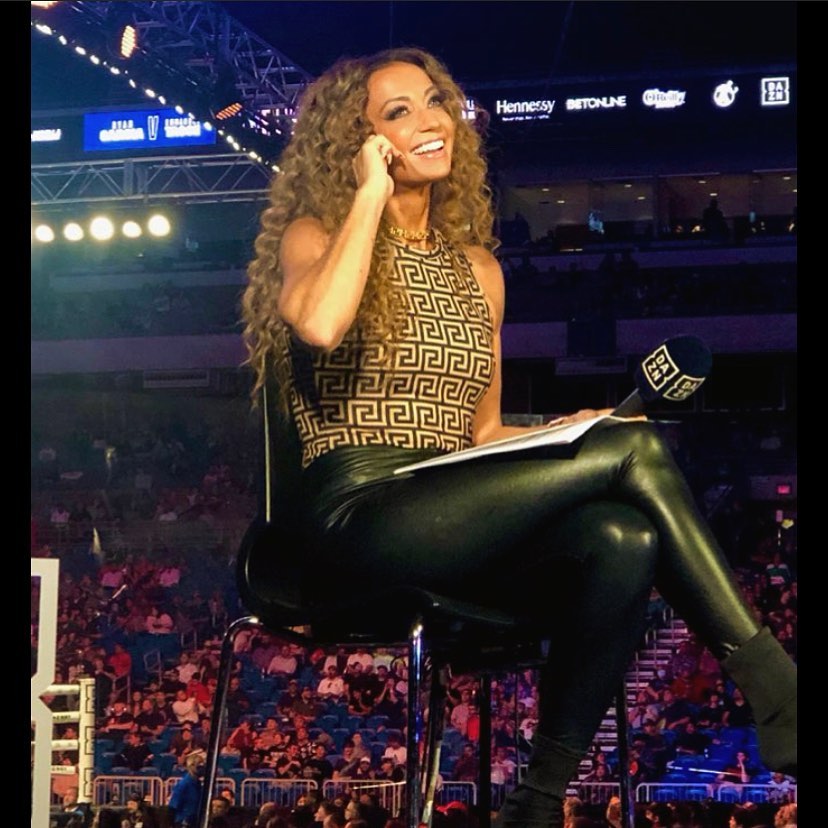 Kate Abdo is a British sportscaster & journalist who has reported on various channels like "Fox", "Sky Sports", "DW-TV channel", and "CNN Network". She is previously married to Ramtin Abdo & after having their divorce, she started dating Bark Bess.

She has also left her job at Sky, & joined Fox in the United State, and now is fronting DAZN's coverage online to become the face of PPV boxing Stateside. Let us explore all of them briefly by reading our full article.

Kate was born on September 8, 1981, in Manchester, England. Her age is 41 years old as of 2022. Kate Abdo is her nickname while her birth name is Kate Giles. She spends her childhood with her parents & older brother.

Her Parents were sports teachers and score fans. Abdo's mom supports Liverpool while she along with her father & brother supports Manchester United. She holds British nationality and has Arabic ancestry. Her birth sign is Virgo.

Talking about her physical appearance, she is a gorgeous woman who has Brown eyes and hair. She stands at the height of 5 ft 8 inches (1.73 m)  and weighs around 54 kg (120 lbs).

She studied at Washington Girls school and later on, graduated from the University of Salford where she gained a degree in European Languages. She can speak fluent English, French, Spanish, and German.

The couples were involved in long-term dating and decided to tie in the Knot of marriage in 2010. However, they hadn't revealed how they met & fall in Love. The couple has divorced after some years due to irrecoverable differences. The couple doesn't seem to have any children during their married relationship.

Currently, she is in a relationship with Barak Bess. Her boyfriend Barak Bess is a Tv show & radio personality who is on "Sirus XM Fight Nation". She hasn't open more about her relationship but she frequently shares her photo with her boyfriend on Instagram.

The popular anchor has been frequently changing her job, she leave Sky Sport in 2015 to join Fox & now, she is on Fox & DAZN's coverage online.

According to Wikipedia, Back in Sky Sports, she hosted the pay-per-view boxing events, football league, and hosted Sky Sports News coverage. After being at Fox, she has covered the Women's World cup  & ended up being permanently at Fox in 2017. Then manchester-born-star relocated to America to host World Cup, FA Cup, Europa League coverage, etc

She also covers Premier Boxing Champions named "Inside PBC Boxing " which aired on Fox. Then she came to the UK to work with CBS Sports as a host of UEFA Champions & Europa League.

Then she covered boxing on DAZN in Texas to cover Canelo Alverez's fight against Callum Smith.  Recently she has been working for Fox again on Tyson Fury's upcoming fight with Deontay Wilder. She was also involved in some controversy when she hosted the pre-fight press conference with Arum.