Gucci Mane & Keyshia Ka’Oir Are Expecting Their Second Child – More on Their Wedding! 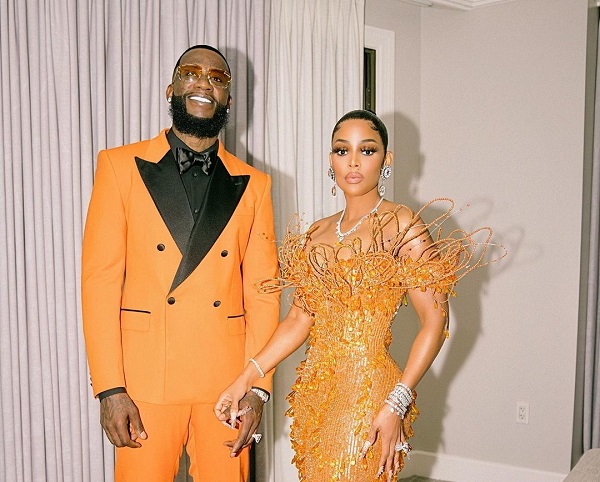 Radric Delantic Davis, aka Gucci Mane, is among the most loved American rappers and record executives. The prominent rapper has released 14 studio albums and more than 71 mixtapes.

He is also the owner of his own record label named 1017 records which was founded in the year 2017.

Since 2001, Mane has been making music actively and is still active in this field. Besides that, Mane has also worked in some films, and his acting debut came in 2012 after starring in Birds of a Feather.

Besides making headlines on the internet for his professional life, Mane often gets into the limelight regarding his personal life, mainly his marital relationship with his beloved wife, Keyshia Ka'Oir.

Currently, the pair is making headlines as they recently announced that they would be parents for the second time.

The Hip Hop power couple, Gucci Mane and Keyshia Ka'Oir will be parents for the second time now.

The pair recently announced the happy news of having a second child together via an Instagram video which is currently getting into people's eyes.

The video was uploaded on Instagram on Friday (September 9), and the emotional video's caption was, "Let's Have Another Baby ICE Needs Somebody To Play With."

It was a surprise for Mane as Keyshia didn't give any hint about it. In the respective clip, we can see the Hip Hop star getting happy after seeing the pregnancy test positive.

Besides that, Mane and Keyshia have already started a family of their own as they are the parents of a son named Ice Davis, born in December 2020.

At the moment, it has not been said when the second child will come, but the twosome will share and give some hints in the future. We can follow the duo on social media to get more updates on their personal life.

Read More: Who Is Jeff Zausch Dating Now? Why Did He Part Ways With Former Wife?

Moving into their dating life, Gucci Mane and his girlfriend turned wife, Keyshia Ka'Oir, began dating in 2010. Now, the couple has been together with each other for over a decade, and they also celebrate their anniversary every year.

After dating each other for seven years, the duo thought of taking their relationship to the next level and divided to get married. So, Mane and Ka'Oir walked down the wedding aisle on May 14, 2017.

The amazing wedding was paid for by BET, which produced an accompanying 10-segment TV series entitled The Mane Event, showing wedding preparations and the million-dollar lavish ceremony.

In addition to that, the information of them getting engaged also covered the whole internet as Mane had proposed to his wife after performing at an Atlanta Hawks basketball game.

Since getting married in 2017, Mane and Ka'Oir have been leading a blissful life, and their marital relationship is going pretty well.

Besides that, Mane and Ka'Oir also have children from previous relationships, but both of them want to keep them far from the public domain. It may be due to privacy reasons.

As fans are asking about the net worth of the Hip Hop star, we've mentioned it below.

Also Read: How Much Is Gianni Decenzo’s Net Worth? More on His Family & Girlfriend

According to Celebrity Net Worth, the Hip Hop star Gucci Mane is estimated to have a massive net worth of around $14 million. All of Mane's income comes from being a rapper and record executive.

Furthermore, Mane is also an entrepreneur and has multiple businesses, which helps him make more profit. In addition to that, his wife, Ka'Oir, also makes money from being a businesswoman.