Is the Famous YouTuber Joanna Franco Dating Someone? Learn Everything About Her Personal Life 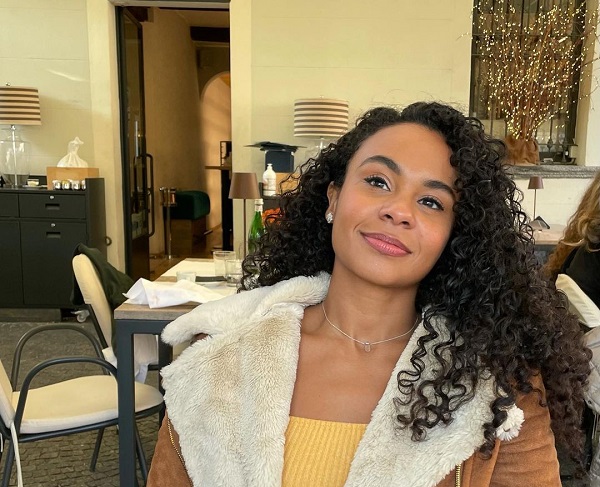 The YouTuber Joanna Franco mostly goes by her shortened name Jo Franco on her social media. Her YouTube channel DamonAndJo puts forth travel shows along with her YouTube partner Damon Dominique.

Jo has also been hosting the Netflix travel show The World's most amazing vacation rentals. Apart from that, Jo is an entrepreneur as well.

Joanna rose to fame from the popularity of her YouTube channel. She started the channel back in 2012. The channel has gained 1.25 million subscribers by now. She began earning six figures by posting the traveling videos on the DamonAndJo.

Joanna also has her solo YouTube channel, Jo Franco, with 129k subscribers, which was created in 2019.

She has generated a lot of money by creating fitness, motivation, travel, money, languages, and journaling-related videos on her personal channel.

Joanna also has a website, Shut Up and Go, where she posts her blogs.

Is Joanna Franco Dating Someone?

Joanna Franco is not dating anybody at present. She likes to keep her dating life private. People initially suspected that she and her YouTube partner Damon could be dating since the duo shared amazing chemistry.

But the news was never confirmed. Their relationship remained strictly professional and spiritual.

In one of her blogs posted on Shut Up and Go, she referred to an unnamed guy as "Greek God." She has also admitted that she had come out of a long-distance relationship at the age of 25.

When Franco was vacationing in Greece, she came across a cafe. In that cafe, she met a handsome server guy who caught her and her friends' attention. She revisited the restaurant for a drink to see the server guy again.

The guy's name is revealed to be Marko. She has described the interaction as a movie scene.

Later that night, the guy texted her and picked her up on his bike. They had a wonderful night together. They also explored the hills of Athens. She didn't date the guy for very long, though.

Apart from that, Franco has never mentioned anything about her dating life. She is highly focused on her career.

As a celeb, keeping track of her casual relationships and hookups is hard. In the same way, the relationship status of Franco remains away from the limelight.

She might be dating someone behind the cameras, but there is no clue to believe that. That is the reason why we have been living up to several speculations and assumptions.

She is assumed to be single and that is most likely to be true. Her personal life might reflect behind the camera, but her professional life does not stay hideous.

Her accomplishments are vivid as she recently came up with another mesmerizing show on Netflix.

See also: Why Did Emily Wickersham Quit Ncis? This Is How The Actress Bid Farewell To The Show.

The World's Most Amazing Vacation Rentals

Netflix gave her the chance to host the show Netflix's The World's Most Amazing Vacation Rentals in January 2021, along with two others.

The World's Most Amazing Vacation Rentals explores various places suitable to go on holiday. We can still live our best life through the Netflix show's hosts even when we are not traveling anywhere right now.

Netflix gives its viewers a glimpse of the best places to travel – from Bali to Alaska, Miami to Finland, the Bahamas, Japan, and much more with the travel hosts Megan Batoon, Jo Franco, and Luis D Ortiz.

Jo's Instagram bio describes her as a "multilingual storyteller and a travel chick." She has 228k followers on her Instagram.

The gorgeous YouTuber definitely won't have a hard time finding love if she wants to. Fans cannot wait to hear more about her dating life and relationship status.